Dogs rescued from being Fish Bait

It happened on the French-controlled Island of Réunion, a small volcanic island off Africa’s East coast.

There were multiple cases reported of using dogs as baits for high-sea fishing business, particularly shark fishing. Several parts of the body or simply alive bleeding animals were hooked and thrown overboard! 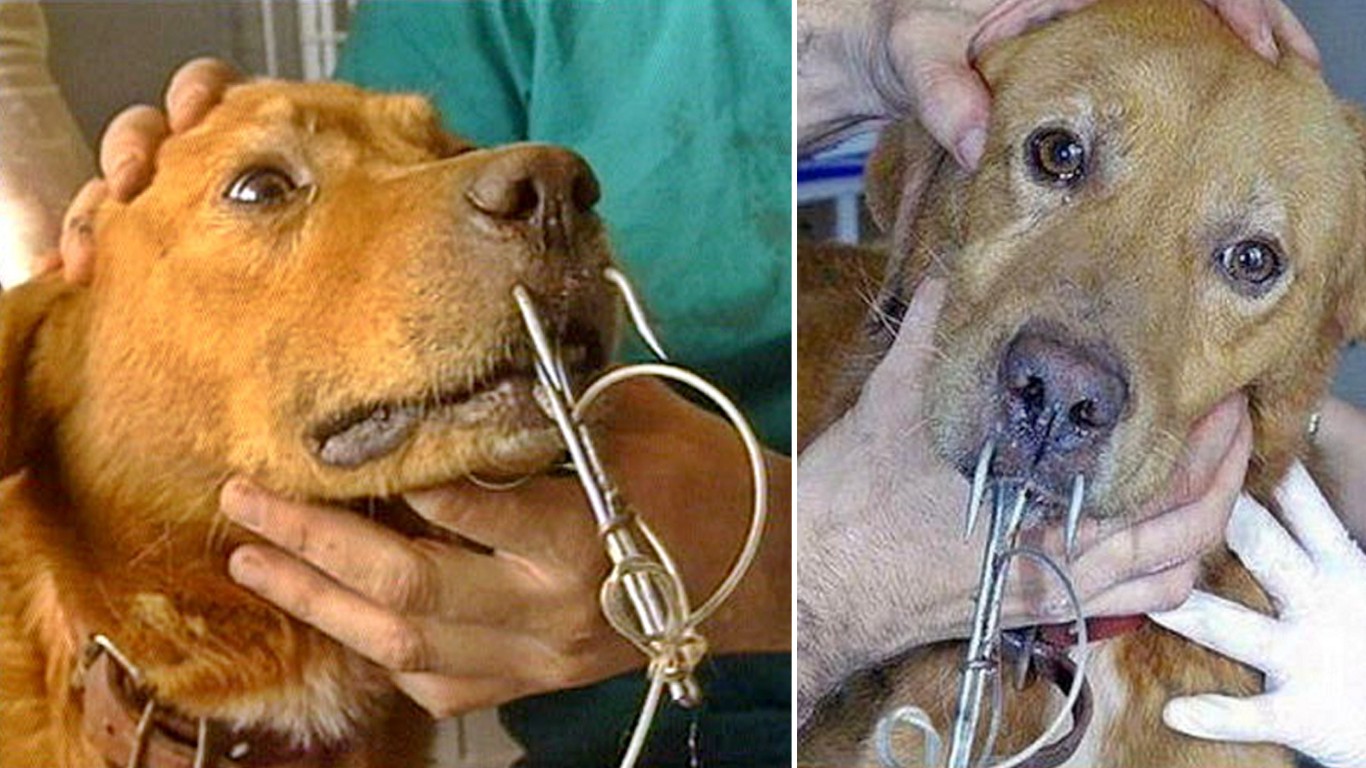 There is no way to escape. Mostly none of the animals have not been lucky enough to live and the ones that were, were just thrown into the ocean.

Reporters noticed random cases when dogs and cats have been occasionally found on the beaches with hooks or partially eaten by the sharks.

A few brave activists and a TV crew from Paris was sent to Réunion by the president of the “30 Millions d’Amis” Foundation. There was an immediate reaction by the press by making the local authorities and politicians aware of this terrible cruelty. The public prosecutor of Saint-Denis de La Réunion had requested a promptly investigation as many new cases of martyred dogs have been disclosed.

Horrifying fact has been found that using life animals in fishing is a common practice for the local fishermen who don’t value the life of a dog over there. Many years of active business, sometimes to escape island police attention, they do their preparation for the bait during the night and checking for catched sharks in the morning.

The Sea Shepherd Conservation Society in Friday Harbor from Washington State is announcing now a reward amount of US$1,000 for island’s police districts. This money will be used for searching, arrests and preventions from those barbarian methods of using life dog and cats as bait for sharks. There is new low about making it’s illegal for fishing boats to carry any live or dead animals has been issued.

On the picture you can see a six-month-old dog with a large fishing hook pierced through its snout, successfully treated by veterinarians. This hero puppy was fully recovered and returned to its owner from whom it was stolen before.

It is not an easy job, but more and more rescued animals are now transferring to Paris and French Animal-Welfare organizations are looking for adaption program, so sooner than later all those who were harmfully hurt will find a caring family.