The starving greyhound was spotted walking around a market in Vera, southern Spain, with a snapped front limb after being left by hunters. On Saturday, psychologist Lianne Powell, 49, caught the stray, estimated to be between the ages of two and three, and took her to a local vet for treatment.

However, when vet Ellen Sobry and Lianne noticed the female dog was producing milk and and must have given birth between five and seven days before, they began looking for any living puppies. 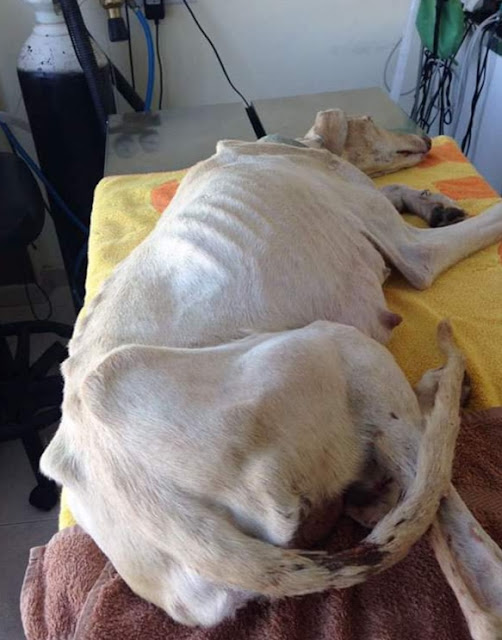 They were astounded when the dog, now named Vera after the town where she was discovered, led them on a two-mile stroll straight to her little offspring.

‘She had a damaged leg, was bleeding from the back end, and I saw she had milk, so I thought “now where are the puppies?” said Belgian expat Ellen, 39.

‘We put a collar on her and returned her to the market with a long lead.’ Then we simply followed her for approximately 3 kilometers because she seemed to know where she was going. 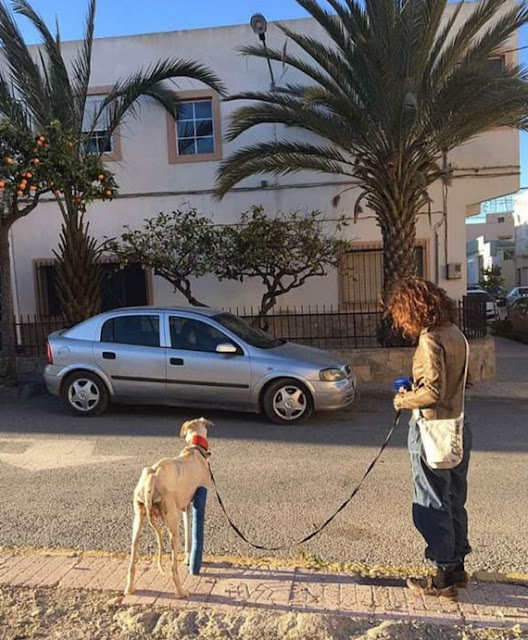 ‘She walked us to them, and it was unbelievable – I couldn’t believe my eyes when I saw what I saw.’

‘That dog didn’t know who we were; we’d only met her an hour earlier, so it was extraordinary that she decided to trust us and show us where they were.’

‘Clearly, we had to make a decision,’ Lianne explained. If there were pups, they’d starve to death unless we discovered them. We’d need the greyhound’s assistance, but we weren’t sure if she’d trust us enough to drive us there.

The dog can be seen taking Ellen and Lianne to an abandoned car with cardboard blocking up its windows before getting into the passenger seat through an open door, which they filmed. 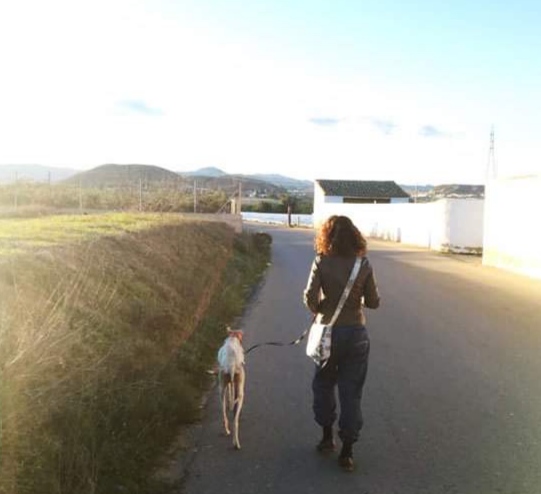 As their mother gazed out the front window, the good Samaritans saw ten newborn puppies huddled together on the ripped back seat of the vehicle.

‘Limping and dragging her cast, she led us through backstreets and main roads, across farms, and down muddy trails.’

‘At one point, we thought she was just looking for her house, but after 3 kilometers, she found a narrow muddy trail and led us behind a high hedge and into an abandoned house, where she crossed the yard and got into a car.’

‘There were ten beautiful, big, healthy puppies in the back.’ Needless to say, there were a lot of tears shed. The fact that she was able to fend for herself while caring for ten pups is nothing short of miraculous.’ 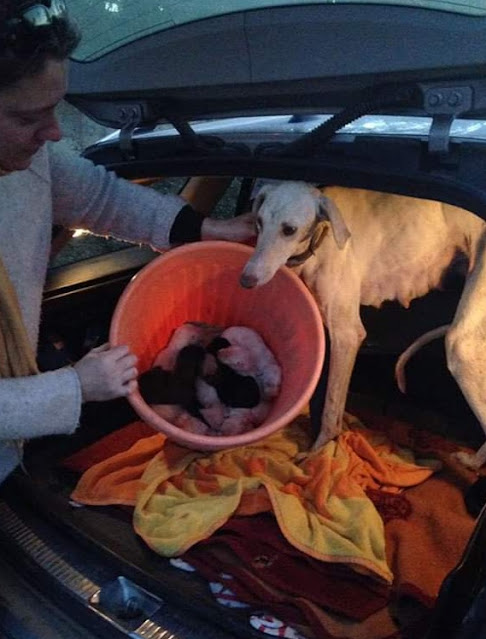 Due to mass breeding to locate good hunting dogs, southern Spain has become recognized for large numbers of abandoned greyhounds, known as galgos.

The winter, according to Ellen, is particularly detrimental for the breed since many owners abandon their dogs during the off-season and replace them when the hunting season resumes.

While the issue is a problem, Lianne emphasizes that those who breed and leave dogs are a small percentage of the population and do not reflect the majority of Spaniards.

Vera is still recovering at Ellen’s clinic, Clinivet Turre, and the veterinarian is collaborating with Ibizan Hound Rescue in Murcia, Spain, to find homes for the dogs once they are healthy enough to leave the clinic. 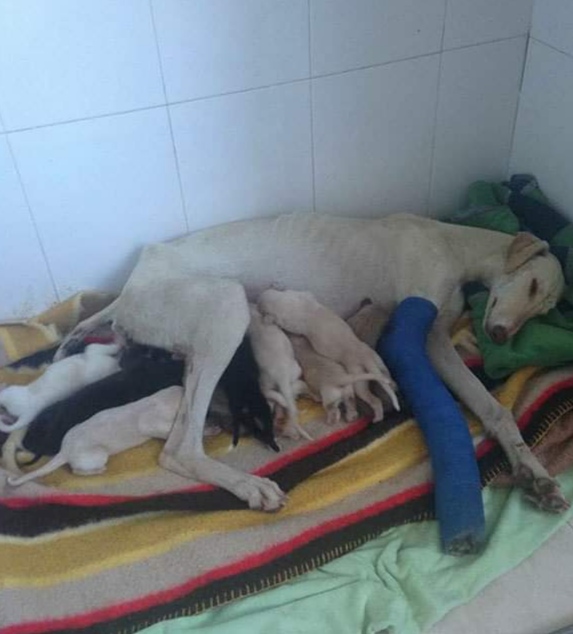 ‘Vera and her puppies are doing wonderfully and are all healthy,’ Ellen said.

‘She’s doing fantastic now; all she has to worry about is eating, feeding her puppies, and sleeping.’ She’s a little frightened, but not too much. 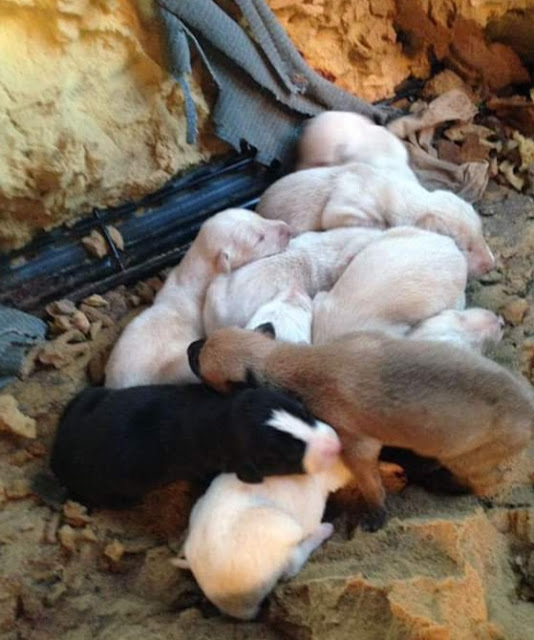 ‘Every day, we see more stray dogs; it’s the end of the hunting season, and things are horrible right now.’
‘They’re no longer useful; they’re used for hunting, and when they slow down, they just throw them out.’

Share
Facebook
Twitter
Pinterest
WhatsApp
Previous articleFor Ten Years Now, This Dog Goes to the Store Everyday to Buy Breakfast For His Beloved Grandmother
Next articleExhausted Mama Dog Went into Labor and Had 9 Puppies While Abandoned in The Rain