Pit Bull From Kill-Shelter Has Amazing Special Ability , Named him “Therapy Dog of the Year” (Video) 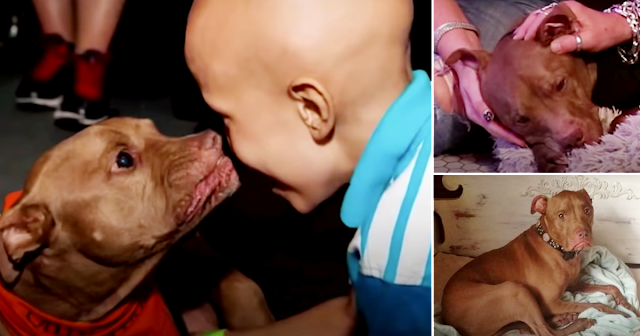 Every dog is unique. We are so fortunate to have them in our life. However, every now and then, a dog appears whose natural senses exceed those of the normal dog. This is the story of Aladdin, a really remarkable puppy. Aladdin is a Pit Bull who has had a traumatic background. He had been terribly neglected. He had been famished when he was placed in a kill shelter. He was missing 12 teeth and had major orthopedic concerns.

The adorable Pit Bull is unable to bend his rear legs. To compensate for his problems, he sits, lays, and walks in an unusual manner. Thankfully, his future mother, Michele, came across him at the kill shelter and fell in love with him right away! In the video below, she explains that despite everything he’d gone through and his obvious suffering, he wagged his tail the moment they met! 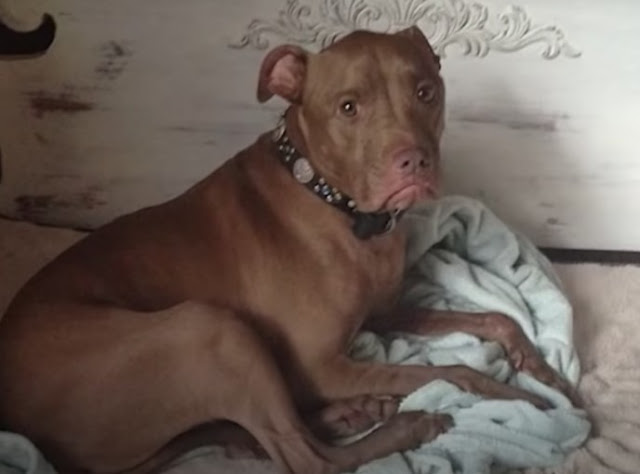 Aladdin became a registered therapy dog within a year of his adoption. This was due to Aladdin’s unique ability to connect with people. He is very fond of children. Even if the room is crammed with people, Aladdin will find a way to the individual who needs his help the most. No one knows for sure, but he appears to be able to detect their mental distress. Perhaps it’s due to his past. Perhaps it’s because his malformed legs are still causing him pain. 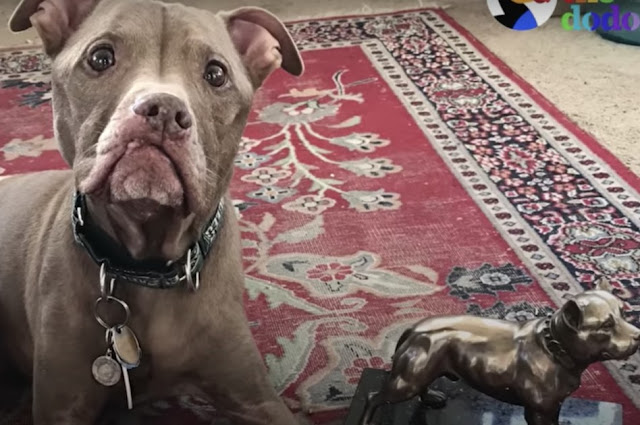 After the Orlando nightclub shootings, Aladdin was on the scene. He pushed his way through the mob and approached a man. Nobody knew who was inside the club or standing nearby for support because the throng was so large. Aladdin, on the other hand, did! He rushed over to a man who remarked, “This dog looked at me and knew I needed him.” He was discovered to be inside the club, and Aladdin recognized the need for this gentle man to feel secure. It was a heartfelt moment. 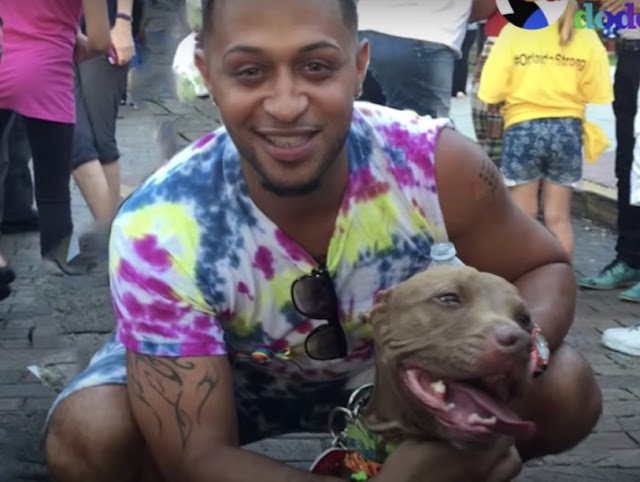 This incredible dog not only helps people, but he also comforts canines who have been abused or traumatized. Despite everything Aladdin does for dogs and people, he still has to contend with the stigma of the dog breed. His mother has firsthand experience with how difficult it can be. Children will swarm to pet Aladdin, but as soon as some parents inquire about his breed and learn that he is a Pit Bull, they will remove their children away from him. Michele, Aladdin’s mother, is working hard to alter that! She enjoys dressing him up to make him more approachable, even if she has to do so! 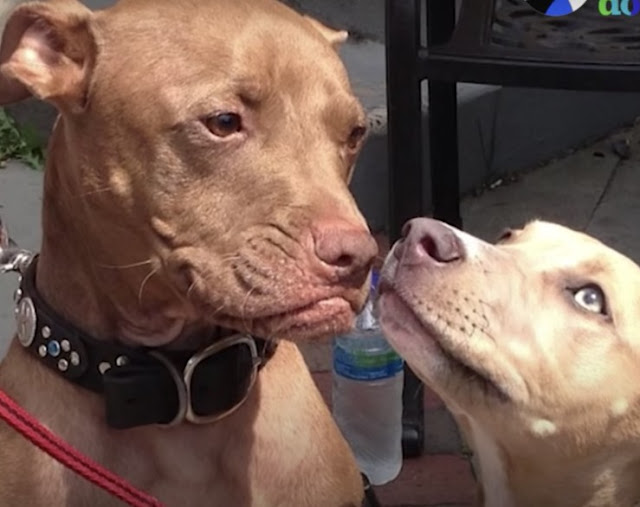 Aladdin has also won awards. The American Humane Association named him “Therapy Dog of the Year.” For Aladdin, this was a watershed moment. A gentleman in the audience at the award dinner approached Michele and offered to operate on Aladdin for free. The vet was certain that he could alleviate the most of his orthopedic discomfort. Isn’t that incredible?! 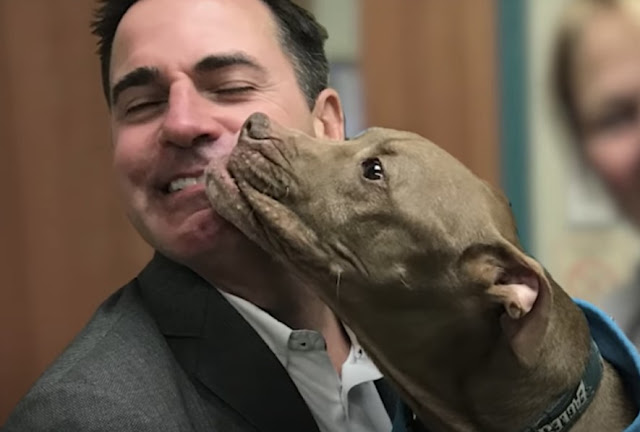 The story of Aladdin continues, and we promise it will only get better. We’re blown away by this dog and his extraordinary ability to connect with people and other dogs in need. Don’t let yourself down by not watching the video below. It’s incredibly motivating. We hope Pit Bulls like Aladdin get the respect they deserve.

Every dog is special and should never be judged as a whole by breed stereotypes! If you support dogs like Aladdin, and love Pit Bulls too, make sure you watch the video and then share his special story!