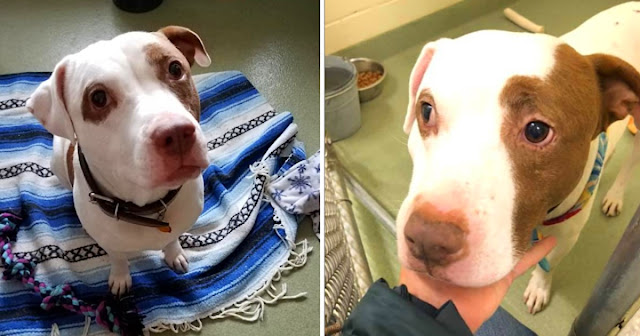 Capone, a sweet senior Pit Bull, watched as everyone around him found their forever home. He was either ignored or returned to his kennel after a brief meeting, rather than being taken out of his kennel and taken to a place where he could feel safe and loved.

One by one, each shelter mate was adopted and left. Until Capone was the last one standing. It broke the hearts of the staff. 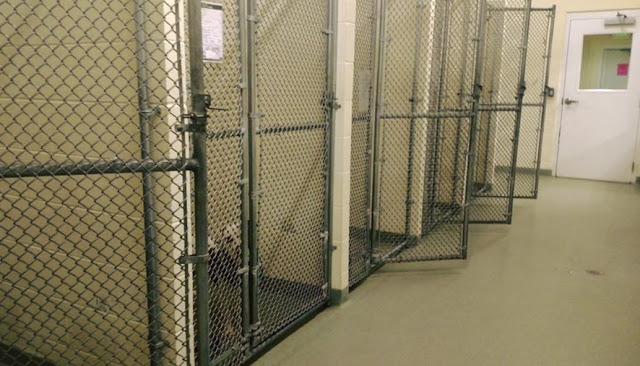 Carly Quinn, the director of the Ionia County Animal Shelter, told The Dodo, “For quite some time Capone was the only dog we had in the shelter.” “With the exception of sweet, quiet, kind Capone, all the kennels were empty.”

Capone was adopted not long after he arrived at the shelter, but he was returned because he didn’t get along with another dog in the house. Capone’s mood deteriorated. He stopped eating because he was so depressed. 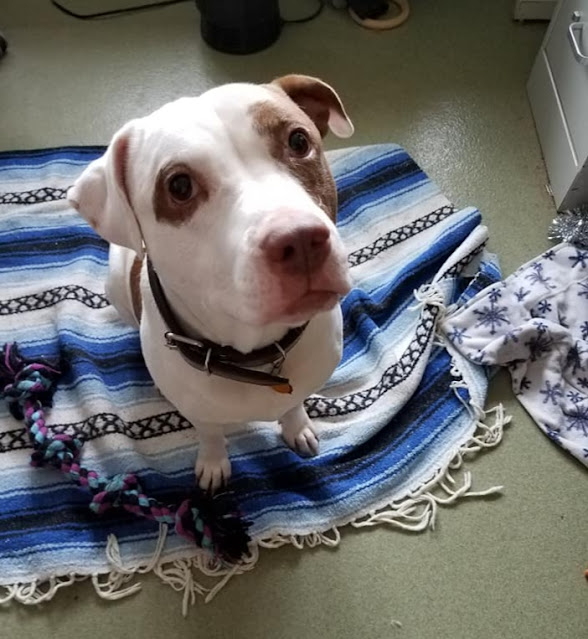 “He lost a lot of weight because he didn’t have the appetite he had at home,” Quinn explained. “It was extremely difficult to get him to eat. We had to entice him with treats and a variety of wet foods on a daily basis.”

Capone didn’t just lose his appetite… he lost a piece of himself, as everyone could see.

Quinn explained, “He was heartbroken, and anyone who has experienced true heartbreak understands how proper diet takes a back seat.” 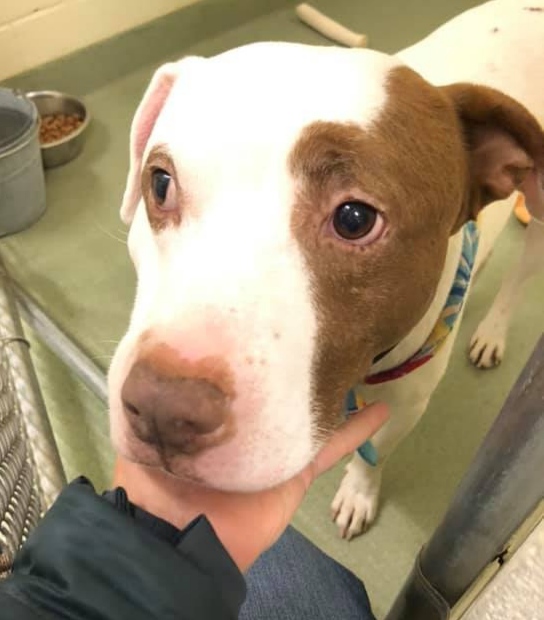 Capone’s life changed after he was adopted and then returned to the shelter.

Quinn explained, “The Capone we met in 2017 and Capone we met in 2018 were two different dogs.” “After he was surrendered for the second time, he seemed to pick and choose his friends, as if he was truly betrayed.” We, the shelter staff, became very attached to him.”

Quinn added, “He’s a velcro dog.” “A dog who is always touching you and loves to be right next to you.”

Because Capone had issues with the other dog in what was supposed to be his forever home, shelter staff only wanted to adopt him to a home where he would be the only dog. This proved to be more difficult than they anticipated.

Capone’s photo was constantly shared on the staff’s Facebook page in the hopes that the right person would see him and give him the life he deserved. They were even more determined to place him after the shelter was cleared out and he remained. Capone deserved better than to be abandoned. 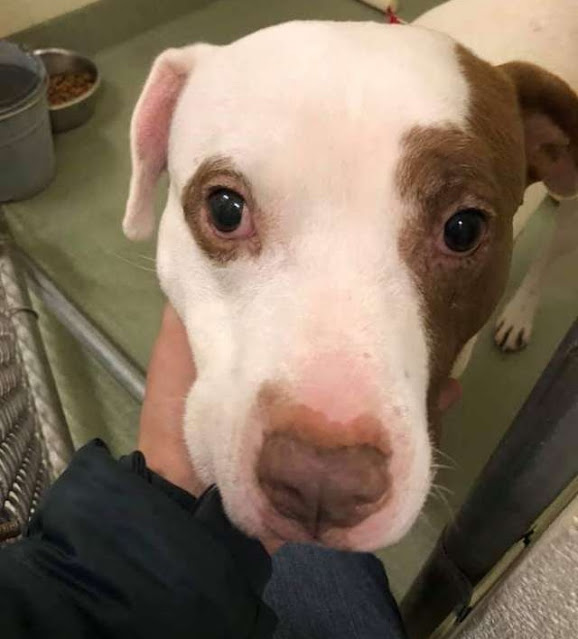 Finally, his decision to post his picture on social media paid off!

Quinn checked their Facebook page and noticed a message from a couple who were curious about Capone. Quinn explained, “They had fallen in love with his pictures and his story.” “They had already gone to the pet store and made him a custom name tag with his name and their information when they came into our shelter later that day.”

However, everyone was jittery! Since his second capitulation, capone had become quite picky about who he liked and who he preferred to stay away from. What if he didn’t like his new potential parents? 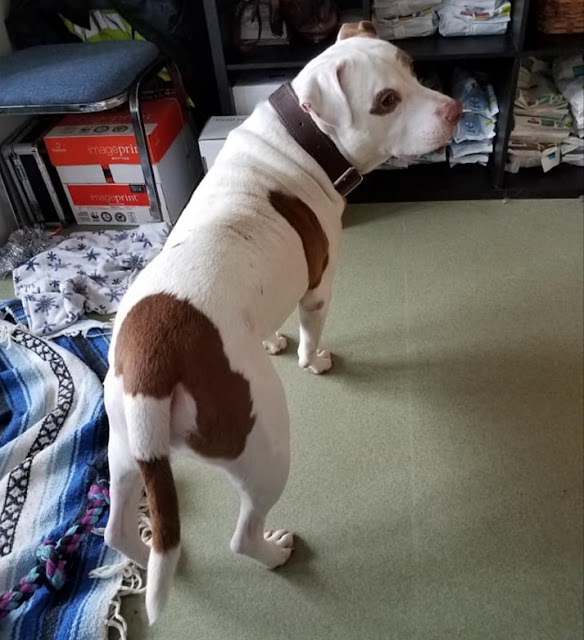 Quinn was practically gasping for air. She crossed her fingers as she walked Capone over to meet the couple. “As I walked into the lobby with Capone, he stopped and stared at Jon and Ashlee for a while,” Quinn explained. Capone ran right into their arms as they both knelt.”

Quinn added, “It was truly a tearjerker.” 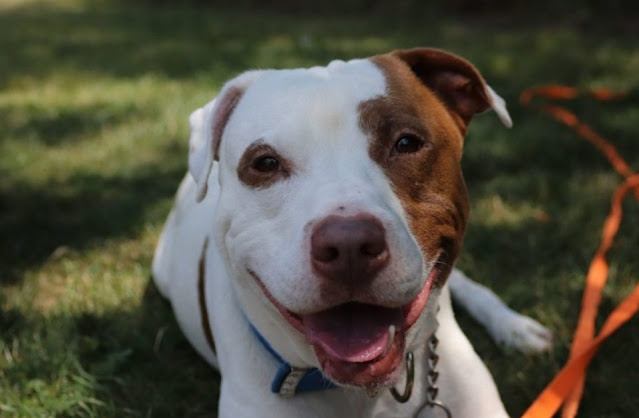 The staff was a shambles even after Capone had left. They were terrified he would return. However, as time passed and the staff checked in on Capone, it became clear that he had indeed found his happily ever after. Just take a look at him in his new home, with that peaceful sleepy smile on his face. 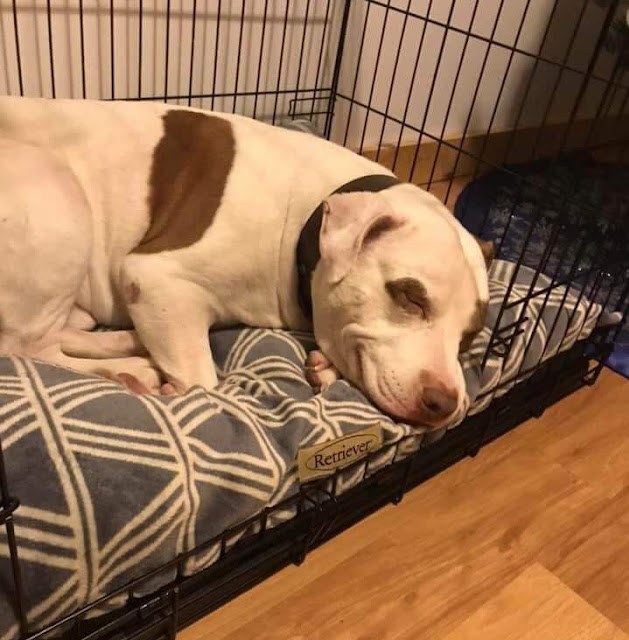 Share
Facebook
Twitter
Pinterest
WhatsApp
Previous articleCamera Catches Nice Woman Stopping To Show Stray Dogs That They Matter, Too
Next articleStray Dog Keps Sneaking In To Store To Steal Stuffed Unicorn, So Officer Buys It For Him