Home Uncategorized Dog Risks His Life Biting Poisonous Snake to save His Owner and...
Uncategorized

Many stories about dogs’ devotion and sacrifice for their humans have made headlines around the world. And, more recently, another story of that amazing love has driven hundreds of people to tears once again.

Moana’s owner, Jeco Macs, shared the story on his personal Facebook page. He was watching TV when he heard Moana barking in the yard and watched the dog try to bite and drag a cobra down the steps.

Macs immediately dispatched the snake, happy that Moana’s efforts had rescued the entire family. He had no idea the dog had been bitten by a snake at first, and he enthusiastically boasted about Moana’s achievement on social media.

“I adore you, Moana.” You’re a true hero! You are the one who saves your family. Respect your pets because they are very intelligent and willing to put their life on the line to save you. Because they value you above all else in their lives.”

Moana is shown smiling with a dead snake in the attached photo. However, this dog died abruptly just a few minutes later. It didn’t take long for the delight to turn to sorrow for the unhappy puppy. Moana was killed by the cobra’s poison before the owner’s family could get her to the vet. 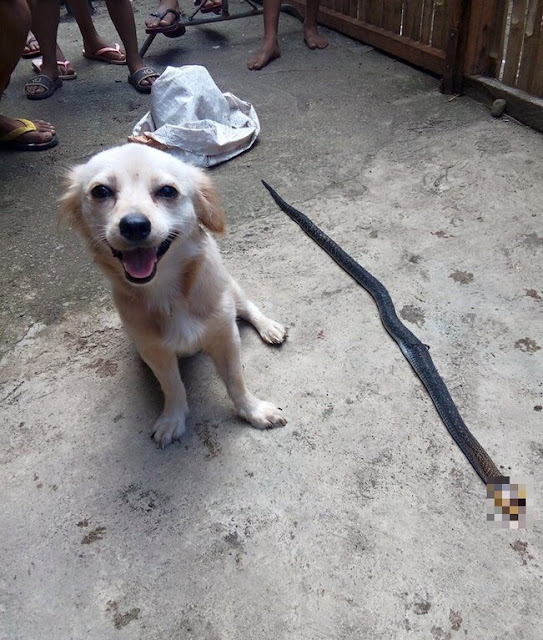 This story drew a lot of attention from the online community right away. It currently has over 46,000 shares, 48,000 likes, and 18 thousand comments expressing love and emotion for the small dog’s brave spirit.

The dog gave his life to fight the dangerous snake and prevent the cobra from entering the house, where it may strike anyone in the family at any time. As a result of the fight, the other snake was killed, but the dog was unable to escape the snake’s strong venom, which was seeping deep into the dog’s body. 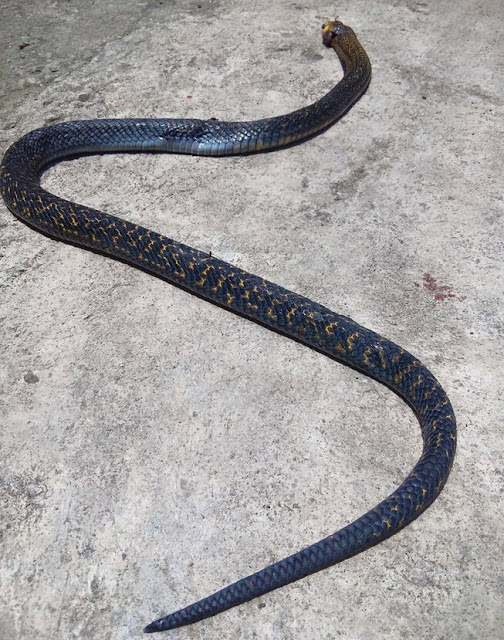 The sight of the owner capturing the last moment of his small dog’s life, when he wags his tail cheerfully before closing his eyes and dying forever, is incredibly heartbreaking.

This brave little dog named Moana is a hybrid between a Shi Tzu and a Chihuahua, and she was only a year old on the day she sacrificed herself to save her owner.

Despite the fact that they are not of the same species and cannot communicate in each other’s language, their love is no different from that of a family. It is the people’s affection for this devoted animal that reaches their hearts, causing them to realize that those who look after them are their family.