Have you ever wished you could confront the people who are responsible for the suffering of your best friend or your dog? In 2007, Thersea Strader established the National Mill Dog Rescue in memory of her Italian Greyhound, Lily, who served as a poster child for the abuse and neglect that puppy mill dogs face. 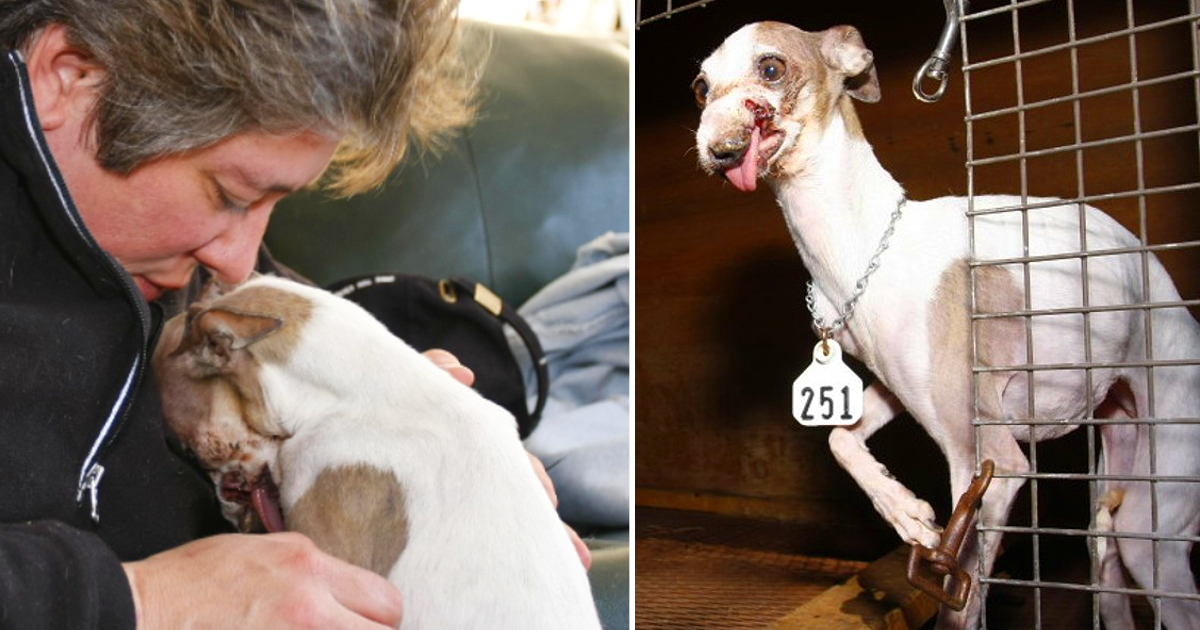 For the first seven years of her life, Lily had been a breeding dog.

According to the website, “Lily spent all of her days confined to a small, cold wire cage in a dark, foul-smelling barn.” She was never taken out of her cage for socialization or exercise. Lily was forced to produce one litter after another in her dingy confines, with no respite. She was a veritable breeding machine, like all commercial breeding dogs, whose worth was determined solely by her ability to produce puppies. 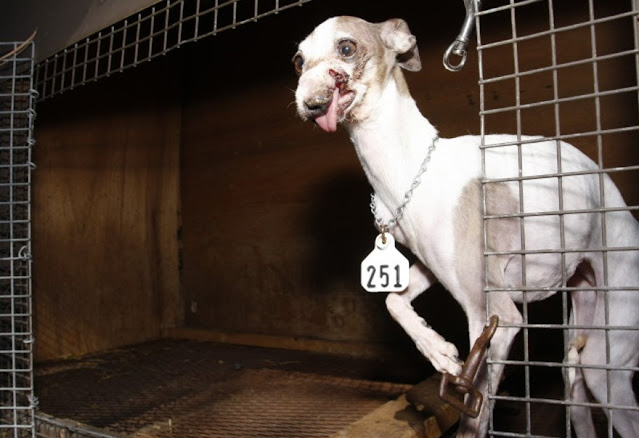 Lily was exhausted by the time she was seven years old. She had received little to no veterinary care throughout her life, which was a source of great concern for her. The roof of Lily’s mouth and lower jaw had rotted away due to years of poor dental care, poor quality food, rabbit bottle watering, and a lack of appropriate chew toys. Her mammary tumors were all over her chest, and she was terrified of people. “

Lily received the love, compassion, and veterinary care she so desperately needed from the Strader family.

Lily died at home in the arms of her loving adoptive father and family in May 2008. Only fifteen months had passed since her rescue.

Thersea wrote the following powerful letter while attempting to cope with Lily’s death. While it’s addressed to Lily’s breeder, we hope it will resonate with anyone involved in dog mill breeding or sales.

National Mill Dog Rescue has given us permission to reprint the letter here.

It’s been fifteen months since we last saw each other. Most likely, you don’t remember much about me. After all, we met in your world, specifically on your property. Since that day, elements of your world have become a significant part of mine since that day. You have my gratitude, as well as the gratitude of many other like-minded people.

I received an email in February 2007 with the subject line “50 Italian Greyhounds in Need” and a phone number. After a lifetime of admiration for the breed, I dialed the number to learn more about the situation and how I might be able to assist. I’m sure you already know where this letter is going.

Yes, on February 17, 2007, your kennel would close its doors after more than 40 years. After four decades of mistreating dogs, it’s time to retire and unwind. That day, 561 dogs would be auctioned, 49 of which were Italian Greyhounds. I had no doubt that I would assist, though I must admit that I had no idea what I would learn in the process. Due to a lack of transportation, I realized that the only way I could help these dogs was to drive out to Lamar myself. So, on February 16th, my daughter and I flew to Missouri. 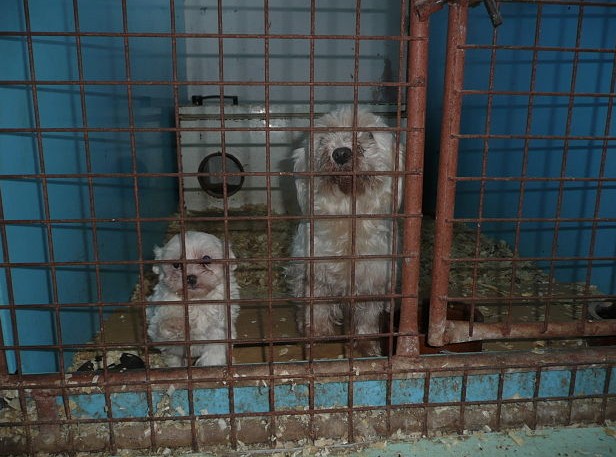 To be clear, I’ve spent almost my entire life working in dog rescue – fostering and placing homeless dogs, caring for sick or injured dogs, assisting overcrowded shelters, and so on. I’ve always been aware of puppy mills and pet store puppies, but I’ve only ever had rescued animals share my home. For the record, I am not an animal rights activist. What I am is a person who believes that all living things have the right to be treated humanely.

What I saw on your property, Martha, was far from humane. Hundreds of terrified, ailing faces were imprisoned in their wire confines, some staring at me, but most were too afraid to look into my eyes, unsure of how to interpret human contact. That experience has given me countless sleepless nights, and the sadness and fear in their eyes still haunts me to this day.

I’m well aware that you were adhering to USDA guidelines – what a despicable thought that is. I’m also aware that commercial breeding dogs are considered livestock in your circles. Martha, dogs are not livestock. Man domesticated dogs thousands of years ago to serve as our protectors, hunters, herders, guardians, and, most importantly, companions.

I brought thirteen of your dogs home with me, including nine Italian Greyhounds, two Dachshunds, and two Papillons. In over 25 years of rescue work, not a single dog that I cared for came close to the physical and emotional trauma that your dogs had endured. In terms of dog rescue, the next few months will be a once-in-a-lifetime experience for me.

However, the focus of this letter is on just one of those dogs, the one who would find her forever home with my family. “Reedgate’s Swift Motion” is a registered AKC dog number 251. Oh, the irony of her name. Swift Motion was an Italian Greyhound who was never able to run. Caging her for the rest of her life prevented her from ever having enough leg strength to enjoy the joys of running. For a breed built to run, this is a harsh reality.

We removed the chain from her neck, replaced it with a soft collar, and gave her the name Lily at home. Lily was set free at the age of seven years and one month. 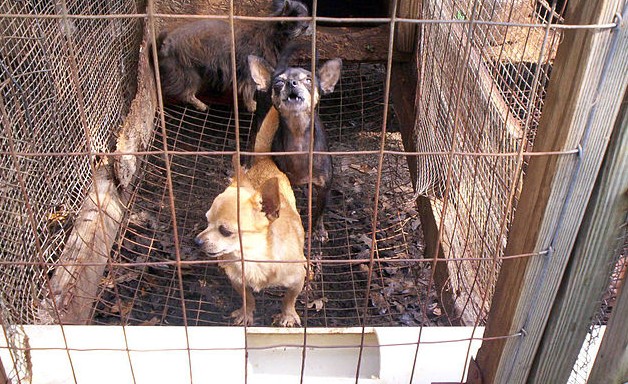 Lily became a priceless possession in our home. Despite her numerous health issues and extreme fear, she found her courage over time and with a lot of love and care, and once she did, no one was immune to her love. Men, women, and children have been moved to tears by her story and the unimaginable pleasure of meeting her. Lily’s life was no longer about what she could do for you, but rather how we could make amends in a warm and loving environment.

It was excruciating for our family to witness her four surgeries to remove mammary tumors, try to repair her decaying face, and spay her (removing the papery black, pus-filled organ that was once her uterus).How self-centered of you to never see her suffering and only care about the money.

Every meal Lily ate was a struggle because of your carelessness. We tried a variety of foods and methods to make it easier for her to eat. But, in the end, she had to do it her way, the way she learned at your house, the way she kept herself alive for you – by picking kibbles out of her bowl with her feet, spreading them around the floor, rubbing the “good” side of her face along the floor to catch a kibble on her tongue, then extending her neck upwards and swallowing it whole. Consider this, Martha: Wouldn’t it be nice to eat just one meal like that? 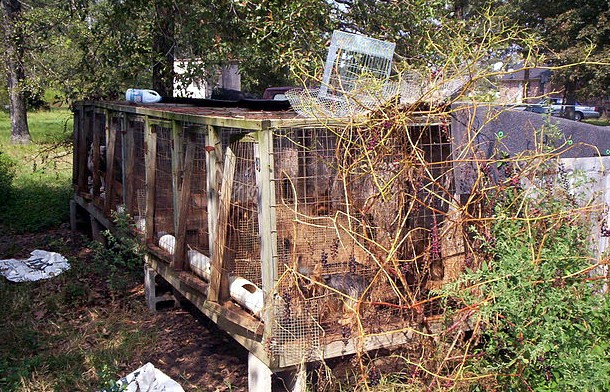 Do you recall how you sat in my car after the auction ended? The guys were collecting the dogs I had “won.” “I just love my Italian Greyhounds,” you said. Oh, the thoughts that raced through my head as those words left your lips. Martha, you don’t like any dogs. You spent more than forty years of your God-given life exploiting dogs for personal gain. They don’t care about their physical or mental health; all they care about is their ability to reproduce. Consider the thousands of dogs who have passed through your hands: you have denied each and every one of them the simple pleasures that they so richly deserve.A good meal, a warm and comfortable place to sleep, medical care, and, most importantly, a human companion to complete their lives.

In our home, Lily learned a lot about being a family member, a dog, and a worthwhile person. I’ll always be bothered by the fact that she never learned to run or play properly. But she learned to love and be loved, and there are no words to express how grateful she is for that. She had a profound impact on our lives. 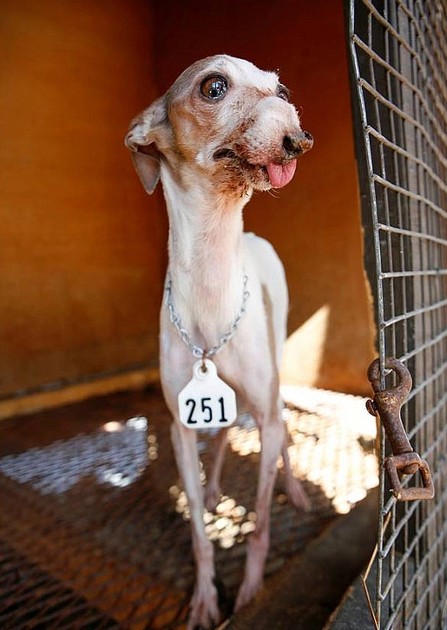 Lily died on May 13, 2008, at the age of eight, less than half her Italian Greyhound’s life expectancy. Martha died as a direct result of the abuse she endured while in your care for seven years. How many others have had the same misfortune?

This industry has been kept under wraps for far too long. The word is out, and the days are ticking away. People like you will soon leave the care of God’s creatures to those of us who truly love them and go out into fields of honest work.

Share
Facebook
Twitter
Pinterest
WhatsApp
Previous articleSick People Seek To Shut Down Dedicated Rescue, Leaving 600 Dogs And Other Pets In Danger
Next articleStray puppy cries in anguish as it refuses to leave the dead body of friend hit by a car