Animal Aid Unlimited in India was moved to action after hearing the most heartbreaking puppy screams they’d ever heard. They discovered three tiny pups stuck in rock-solid tar as they got closer. The dogs were unable to move any of their legs and could only cry. Because of the tar, one puppy’s mouth was even stuck open. 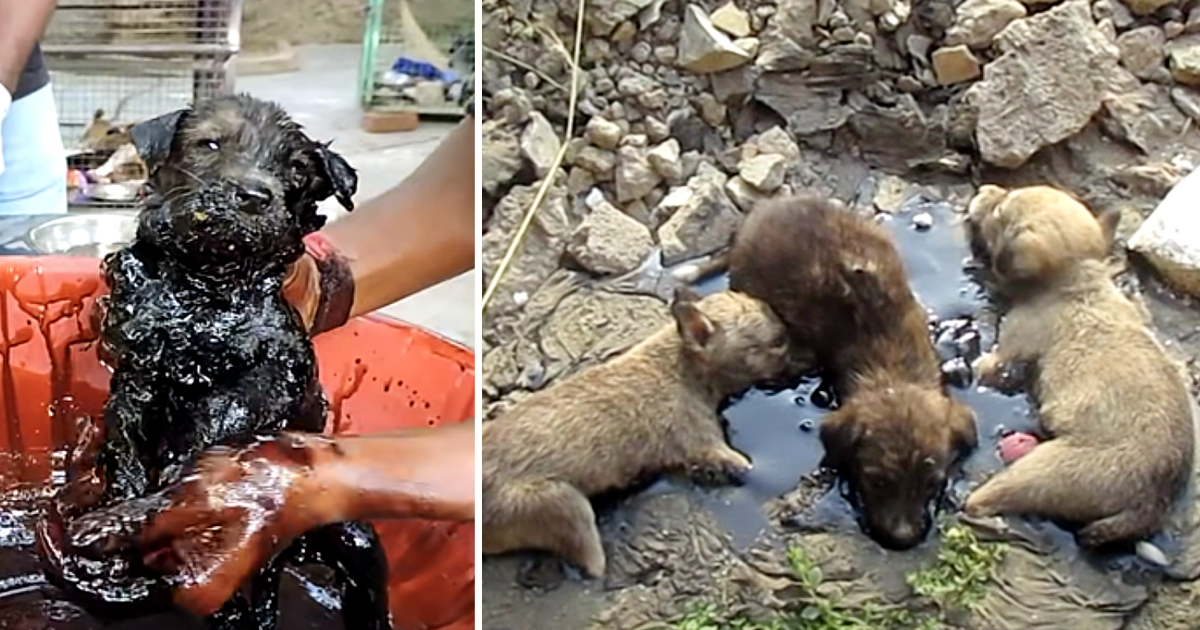 Those poor babies were almost certainly trapped in tar for hours, fearing for their lives. They screamed in agony even when rescuers tried to save them because they had no idea what was going on. The rescuers, however, were able to give them the most incredible transformation with enough hard work and dedication!

After overhearing the puppies’ cries, neighbors alerted authorities. When rescuers arrived, it was clear that the tar was too thick to pull the dogs free. As a result, they had to remove the entire slab of tar, which was still stuck to the puppies.

It wasn’t easy to free the dogs from the tar, but the animal lovers didn’t hesitate. They worked for hours to clean up the dogs and remove as much tar as they could. After that, they had to keep cleaning them for days. 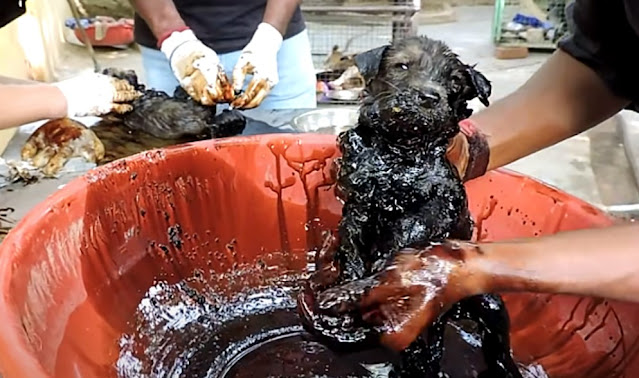 On Facebook, Animal Aid Unlimited wrote, “Determined volunteers and staff spent hours softening the tar with oil and dish soap, with time out only to plant kisses on the puppies’ noses.”

The puppies were thirsty and exhausted when they arrived at the shelter, but after several days of constant cleaning and care, they were able to run around and play like any other dog. 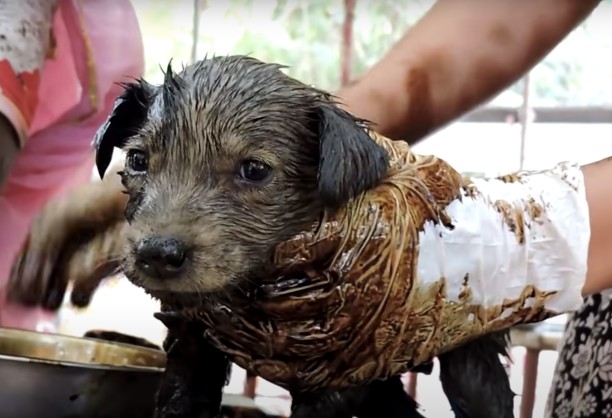 Every day, the puppies became more and more transformed until they resembled completely different dogs. With joy in their eyes, they transformed into fuzzy, cuddly puppies. They were giddy with anticipation of interacting with one another and chewing on toys.

“After several warm baths…wow. This is what happiness looks like for babies on the verge of death,” Animal Aid Unlimited wrote.

Rescuers returned to the location where the puppies were discovered to look for their mother once the puppies were safe and healthy. They found the mother after several days of searching, and she quickly resumed caring for her tiny pups. 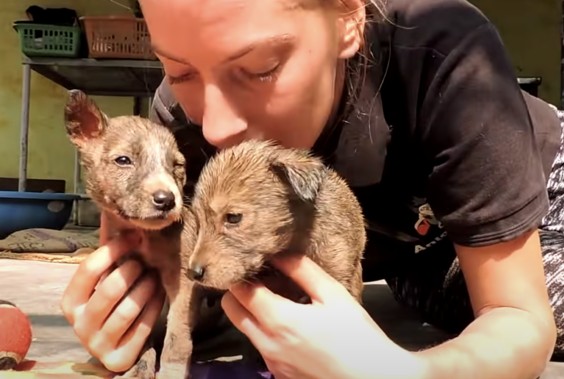 The puppies have come a long way since they were discovered near death. They stayed by their mother’s side until they were ready to start their own families. Your heart will melt when you see their adorable transformation video!

Share
Facebook
Twitter
Pinterest
WhatsApp
Previous articleA Blind Cute Puppy Was Shaking From Starvation But People Just Passed by Her Without Assisting
Next articleOwner Brings Puppy To Be Euthanized For “Not Playing”, Rescuers Were Able To Intervene Quickly