After Their Owner Died protecting Them, Two Injured Dogs Found Consoling Each Other Next To Their Owner Body

Pit bulls Tonka and Little P were found next to the body of devoted owner Kris Busching, 33, after a freak hiking accident in Colorado, US – the ‘doggy brothers’ were also injured and are now being showered with love. After their tattoo artist owner died trying to protect them, two loyal dogs were photographed comforting each other in a tear-jerking photograph.

Tonka and Little P were hiking and exploring with their devoted father Kris Busching in Colorado, when they became separated and went three days without food or drink. 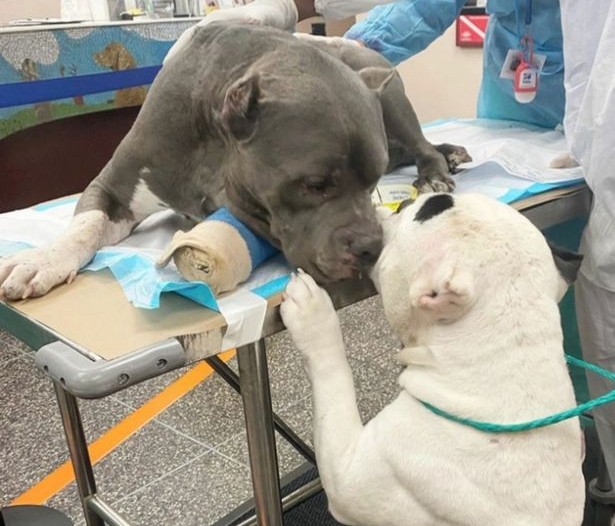 Kris spotted a creek with water in a canyon below, but he lost his footing on the way down and plummeted to the bottom as he tried to save his pit bulls.

The dogs refused to leave Kris’ body and were found by search and rescue helicopters a day later.

They were taken to Kris’ bereaved family on Long Island, New York, where Mr. Bones & Co., a nonprofit animal shelter, stepped in and rushed the puppies to an emergency veterinarian. 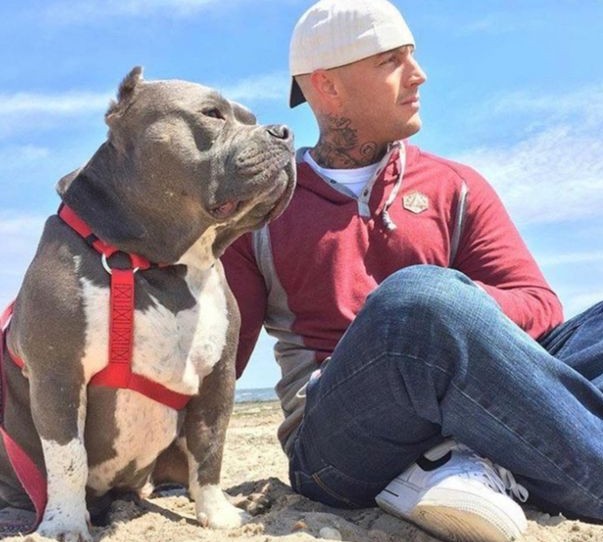 It was here that the doggy brothers, who “suddenly lost their world,” were photographed comforting each other and sweetly touching noses as they dealt with the pain of their injuries and grief.

“The level of loyalty and love that radiated from these two as big brother Tonka was admitted to our emergency animal hospital so that his leg could be saved needs no further caption,” the animal charity wrote alongside the photo.

His love for Little P is unbreakable.”

The dogs have received numerous treatments and a lot of love, and they are now on the mend.

However, the pair are left with a gaping hole in their lives as they come to terms with the fact that they will never see their beloved owner again.

Kris, a gifted tattoo artist, took them on incredible adventures and provided them with an extraordinary life. 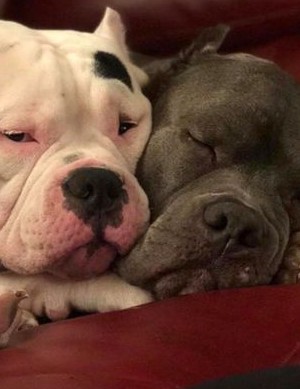 “We are all devastated, and really can’t describe the void and pain that we all feel,” his brother Dave said.

He was a gifted individual with lofty goals and ambitions. He led an extreme lifestyle and, like the rest of my family, loved being outside. When he died, he was exactly where he loved to be.”

“Nothing, no one prepares you for something like this,” Dave added.

Kris’ family is unable to care for them, so the animal charity has promised to find them a new home together so they do not have to be separated.

They’re being cared for in two different foster homes while they recover. 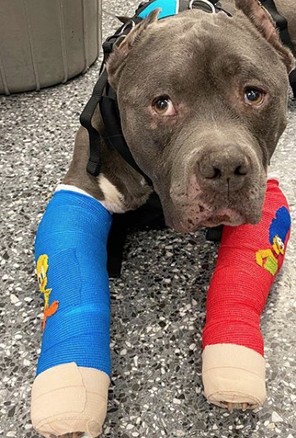 Tonka has had several leg surgeries, with his caregivers “going out of their way to ensure he feels the love during this very confusing time for him.”

“He’s been able to hang out with the doctors and nurses behind the scenes and soak up a ton of TLC,” the animal shelter added. He’s eating well and putting up with his splints in a courteous manner.

“His temperament is lovely and soulful, a testament to his father’s love for him for nearly ten years before he died.

“The in-house team of bandage artists made sure Tonka had some ‘tattoos’ of his own to honor Tonka’s dad and his remarkable artistic talent, and it made our day, so we wanted to share these photos with all of you.”

Tonka was released from the hospital a few days ago.

“His surgery to wire and splint his broken jaw was successful, and he’s looking forward to leaving the hospital today with his foster mama!” they said in an update on Little P. 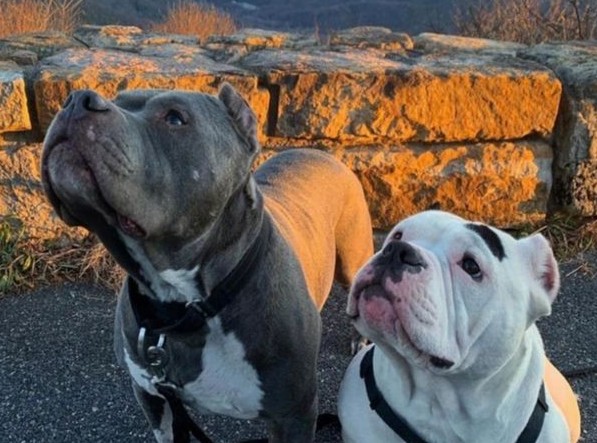 Our decision not to foster them together was reinforced after an almost immediate attempt to play and get rowdy. Now that Little P has a strict recovery period to complete, it’s critical that both dogs continue to foster separately for the time being.

“When they are reunited and have found their new home together, this brief separation will be a blip on the radar!”

“For Little P to have suffered such a severe break, whatever his head hit on the fall down the canyon hit with such force that he had no chance of surviving, and yet he did,” they continued.

“As long as this fighter keeps everything out of his mouth except kibble for the next six weeks, he’ll heal and have another outpatient surgery to remove the splint and wiring, and our silly little ping pong ball will be back in action!”

Kris’ family has also set up a fundraising page, which has so far raised more than $12,000. 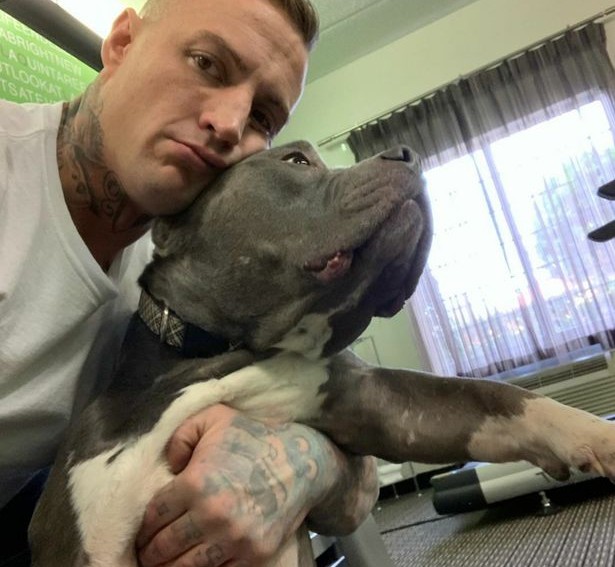 “I’ve set this fundraiser for our dear friends, who are more like family to us,” it says. They have been devastated by the death of their beloved Kris Busching this week. His death came as a complete shock and was completely unexpected. Knowing that the family would never ask for assistance, my husband and I wanted to set this up to help alleviate some of the financial strain they’re experiencing.