Dogs are extremely loyal and protective pets, particularly when it comes to young children. Many cases have been reported of children going missing from home, only to be found with their devoted dog by their side, keeping them safe. 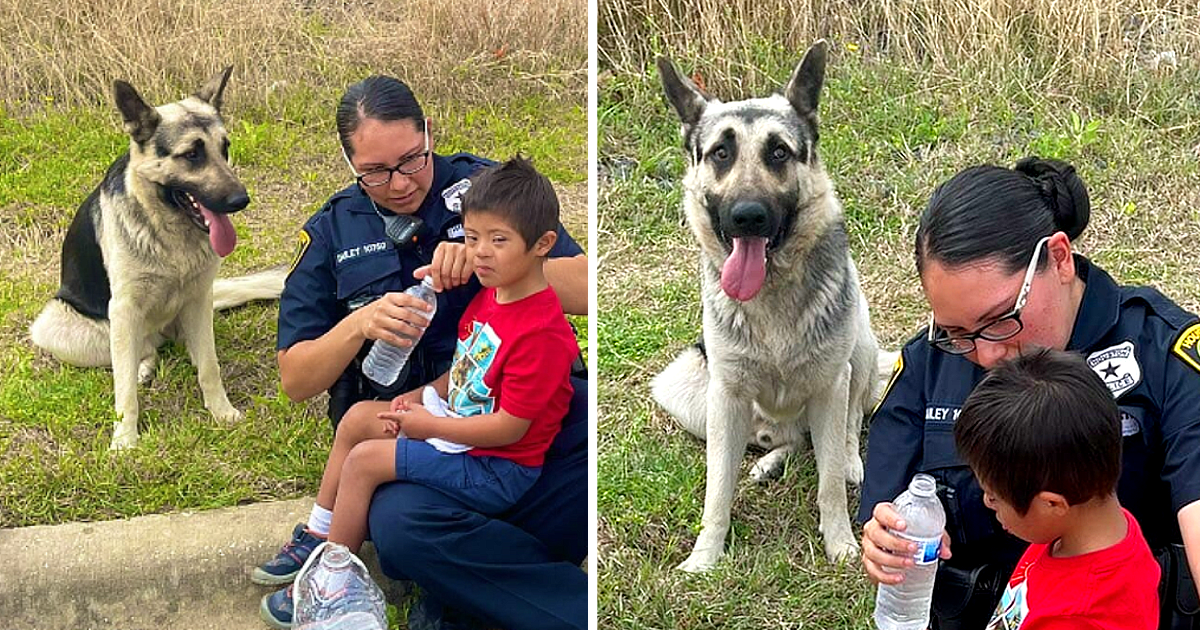 That was the case recently, when a 5-year-old boy went missing and was found safe and sound thanks to his protective German shepherd.

Houston police officers responded to a call on April 2 about a young boy walking along train tracks with only his dog by his side.

The department’s Sgt. Ricardo Salas says he realized the 5-year-old had Down syndrome when he was about a half-mile from his home. He also realized that Alejandro, a German shepherd, had been following him as his protector. 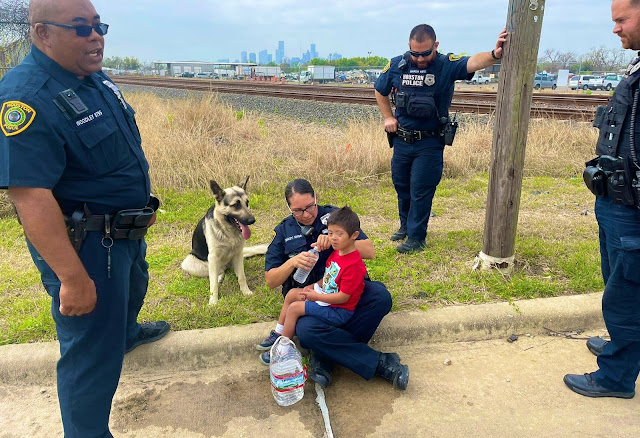 “Witnesses told me that when they found the little boy, the dog was with him.” Sgt. Salas wrote on Twitter, “As I walked away with the boy, the dog followed.” “This dog was his protector and angel.”

He told the Houston Chronicle, “It seems like the dog knew something was up, he knew the child wasn’t supposed to be wandering off and he ended up following him.” “He was extremely protective of the child and would not take his gaze away from him.” 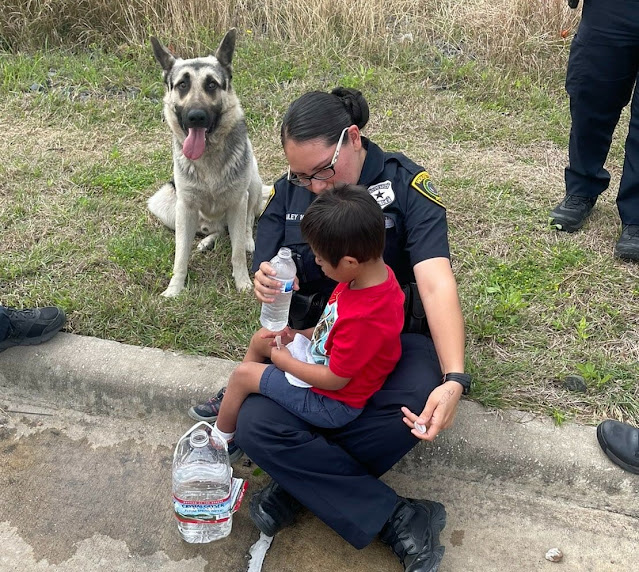 Despite the officers’ presence, Alejandro remained vigilant, never allowing his human to escape his sight.

“It seemed like the dog was following me around everywhere I went.” Salas went on to say that the dog “jumped inside the driver’s seat with him” when he put the boy in the car.

Soon after, the officers received another call and learned that the boy was Jose, a missing child. Jasmine Martinez, the boy’s mother, told Click 2 Houston that she and her 5-year-old son had fallen asleep, and when she awoke, she realized Jose had wandered off. 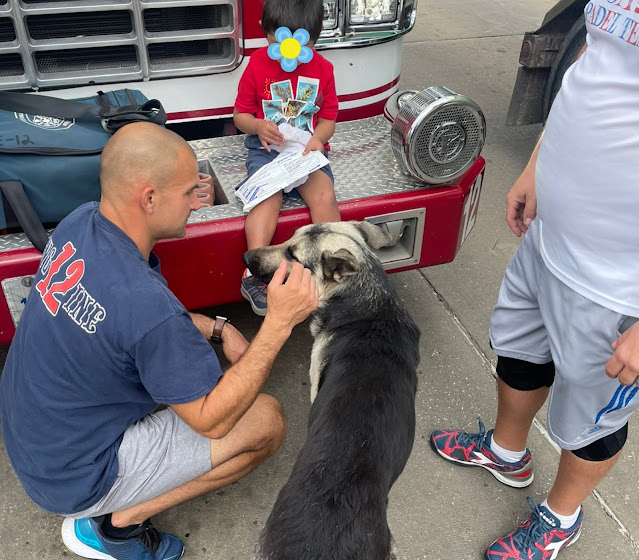 Thankfully, everything turned out fine: the boy suffered only minor scrapes and bruises. Jose’s family is grateful, but not surprised, that their faithful dog protected him when he was in danger.

“We got Alejandro when he was a baby, and he’s always been a very overprotective dog.” Jose’s sister, Samantha Muoz, told Click 2 Houston, “I was not surprised when they said he was walking with him the entire time.”

The family will not face charges, according to police, and the mother is now installing child safety locks to prevent this from happening again.

Sgt. Salas was moved by the “level of loyalty this dog had to this little boy,” and believes it was critical that the dog was watching out for him because the railroad tracks are normally very busy.

He wrote, “Thank you God for watching over this child.”