Home Rescue Girl On Vacation Leaves Her Plans Behind And Saves Starving Puppy From...
Rescue 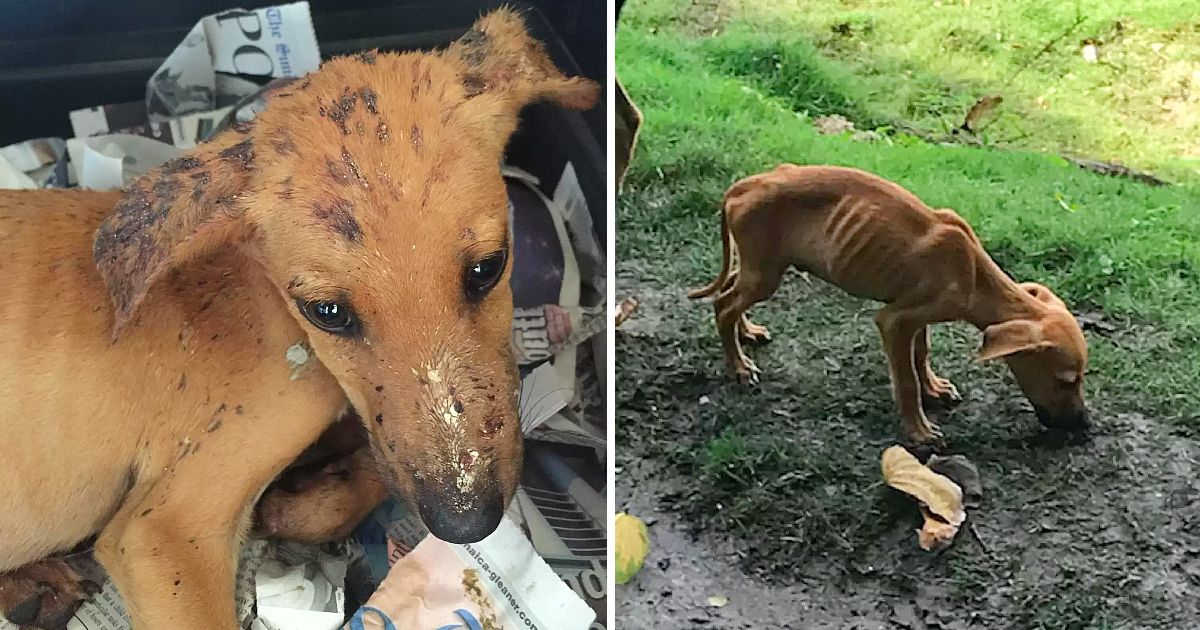 Elliot Sherin, who is 17 years old, never expected to save a life while on a cruise to Jamaica last December.

Sherin and her dad had planned to go beach horseback riding on one of their days off, but when they arrived, her gaze was drawn to a pack of stray dogs roaming the ranch. 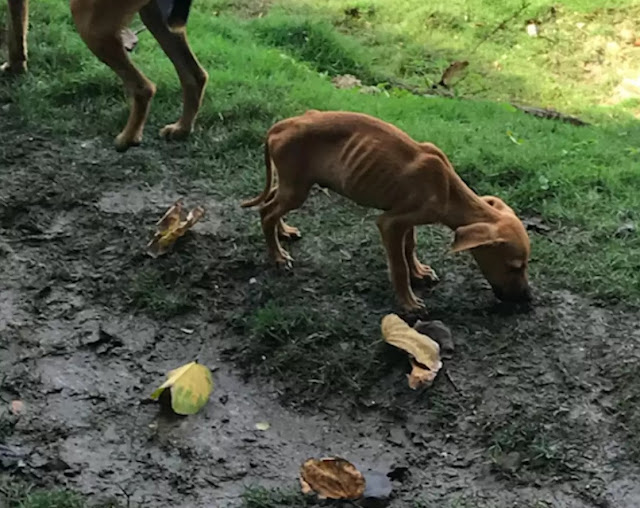 A tiny puppy, covered in grime and made up of nothing but bones, trailed behind them. His front legs were shaky and inwardly turned. He couldn’t have been much older than three months.

Kingston was his name.

Sherin told The Dodo, “The rest of the dogs walked right up to us looking for food.” “However, he was terrified. We couldn’t get close to him because he wouldn’t let us. ‘How am I going to get him out of here?’ was all I could think about.” 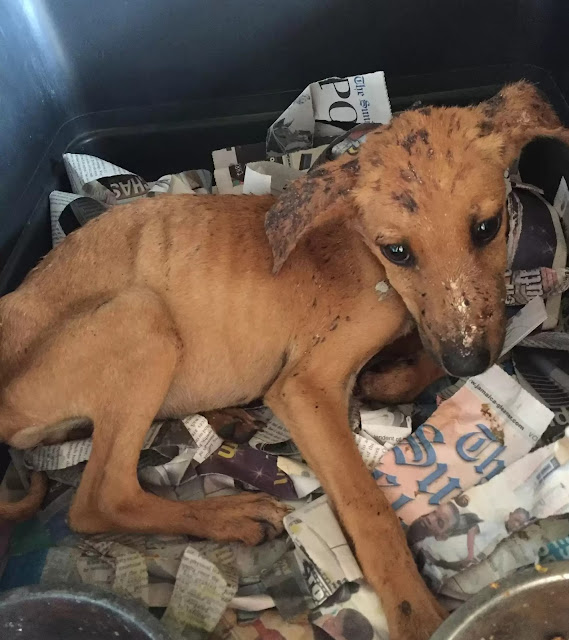 She rushed back to the cruise ship to do some research after leaving food for the puppy. She found Animal House Jamaica on the internet and contacted them to see if they could help her in saving Kingston.

Sherin said, “At that point, I was dead set on rescuing this dog and bringing him home with me.” “I couldn’t take my gaze away from the photograph I’d taken of him. I could tell he was a sweet little dog who was just afraid. My family, on the other hand, was saying, ‘Yeah right, that’s impossible.'” 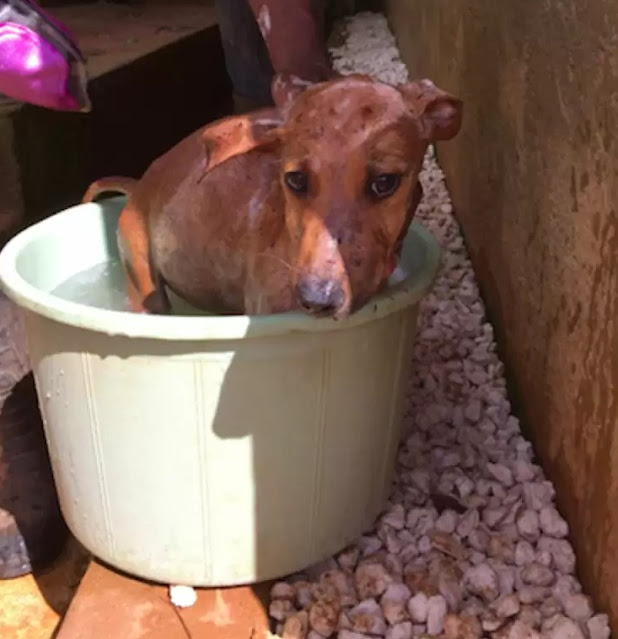 Fortunately, the rescue told Sherin that if she could capture the dog and bring him to their shelter, they would be willing to help. They would get him healthy enough to fly him to Sherin’s home in Seattle, Washington, as long as Sherin could help cover veterinary care and his flight home. 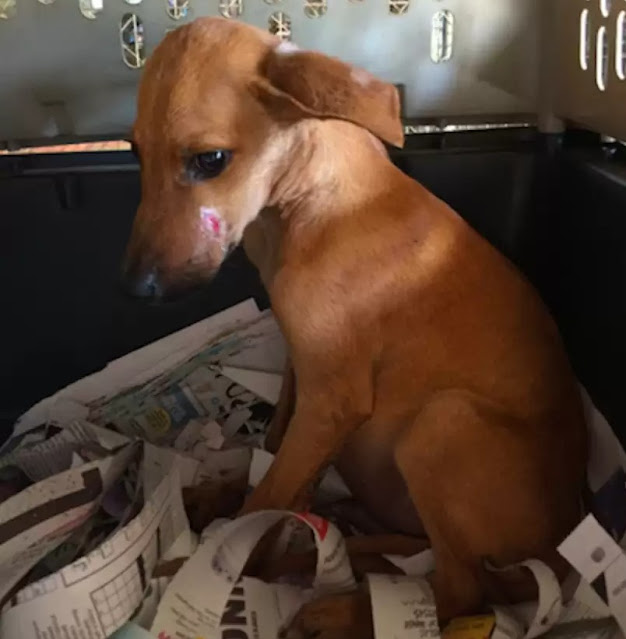 The situation became more realistic all of a sudden. Sherin’s parents agreed to let her keep the dog if she could pay for his travel expenses on her own. She started an online fundraiser, sharing Kingston’s story and encouraging friends and family to help in any way they could.

She only had a few more days in Jamaica, but she was confident that she could persuade the ranch employees to catch the puppy and bring him to the shelter. She was obstinate — and determined.

“At first, they were hesitant to assist me,” Sherin explained. “He was just another puppy dumped on the streets to them.” I’d gone home by then, but I hadn’t stopped bothering them for three weeks.”

Sherin’s unwavering perseverance paid off. Soon after, she received word from the rescue that the ranchers had apprehended Kingston and that he was safe at the shelter.

Sherin described him as “extremely malnourished, covered in cuts and scrapes, and infected with heartworms.” “Until February, he was with the rescue, just getting healthy enough to fly.”

Sherin was finally able to book Kingston’s flight home after raising over $900 with the help of family and friends. She gave the rest of the money to the rescue organization for taking such good care of him, and she patiently awaited his return. 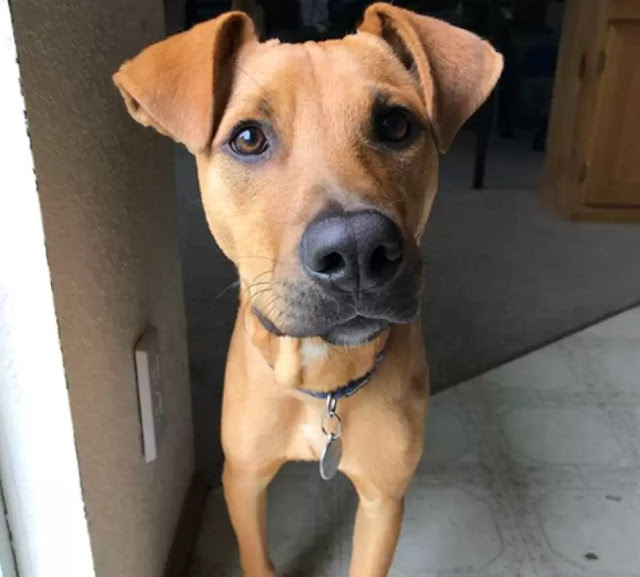 Sherin couldn’t have been happier when the day finally arrived in mid-February.

Sherin explained, “We got to the airport where he was waiting with all the other pets who had flown in.” “I just cried when they lifted the garage door and I saw him sitting in his crate.” After everyone laughed at me for being a kid and trying to set everything up on my own, he showed up. He was at home, and he was stunning.”

Sherin was concerned that Kingston would be extremely stressed in his new home, knowing how terrified he was back on the island. He wasn’t, however. 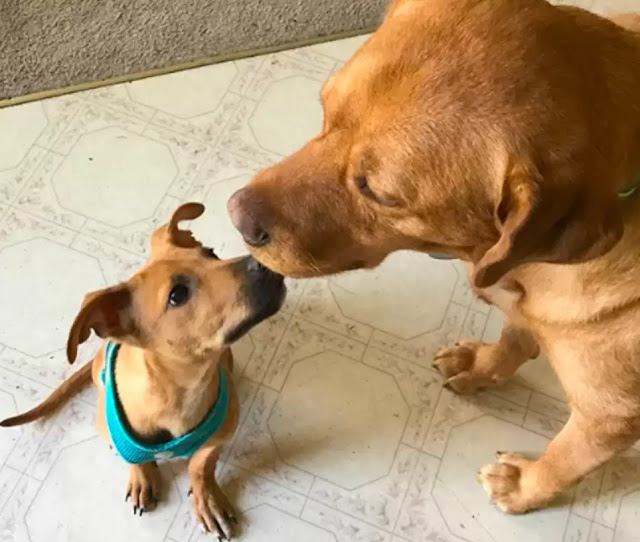 “He came back and sat right in my lap after about 10 minutes of exploring,” Sherin said. “You could tell he was in desperate need of attention. He simply desired someone with whom he could love and bond.”

Kingston’s legs were bowed due to a calcium deficiency, which developed from not having a proper diet during his first months of life, according to his new vet. It should get better on its own, but the family should keep an eye on it in case he needs to start wearing braces for support. 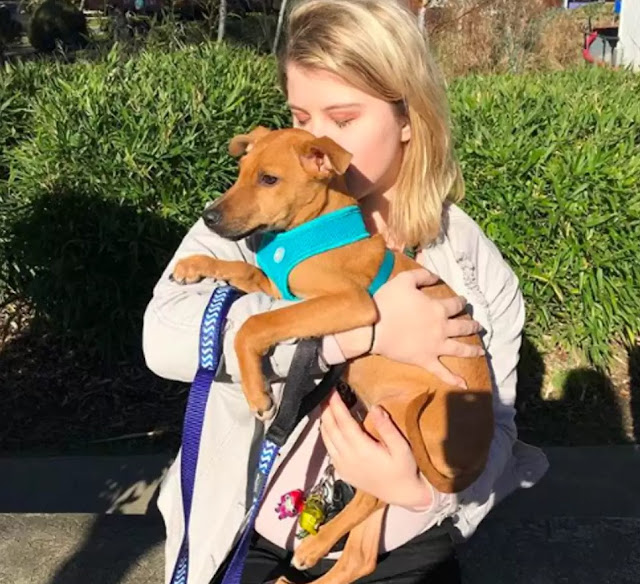 “According to the rescue, Kingston was most likely dumped out there as a puppy,” Sherin said. “So he’s been struggling and starving his whole life out there.”

Kingston, who is now around 8 months old, is as happy and healthy as ever. He adores his big brother, a 6-year-old Lab named Bentley, and loves everyone he meets. 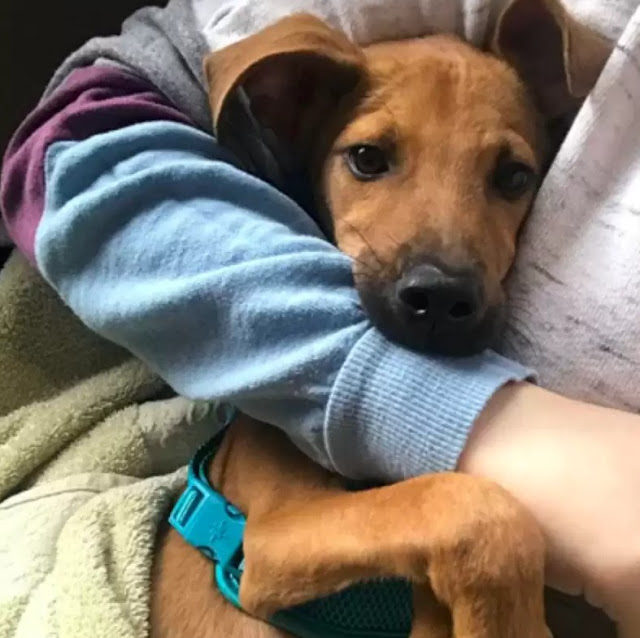 He is no longer scrounging for food or fleeing from obnoxious tourists. He now visits the dog park, sleeps in a soft bed, and eats all the treats he desires.

Sherin’s parents, who were initially hesitant, have fallen in love with Kingston as well.

Sherin stated, “They adore him.” “Every night, my mom tucks him into bed with his little blanket, and my dad and him nap on the couch.”

Sherin can’t help but beam with pride whenever someone asks where he came from, seeing how great Kingston’s life has become. 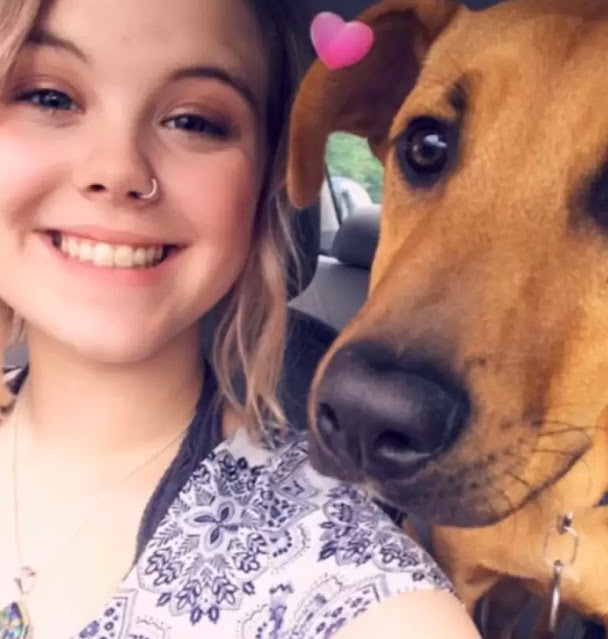 “I’m most proud of getting him here in my entire life,” Sherin said. “I’d never been to a country with so many feral dogs before Kingston.” I’d never seen a dog that was so malnourished that he couldn’t even stand. He broadened my horizons in so many ways. I appreciate it. And he is as well.”