Hit by a Car While Eating Road Kill, Abused Dog Recovers and Waits for His Forever Home 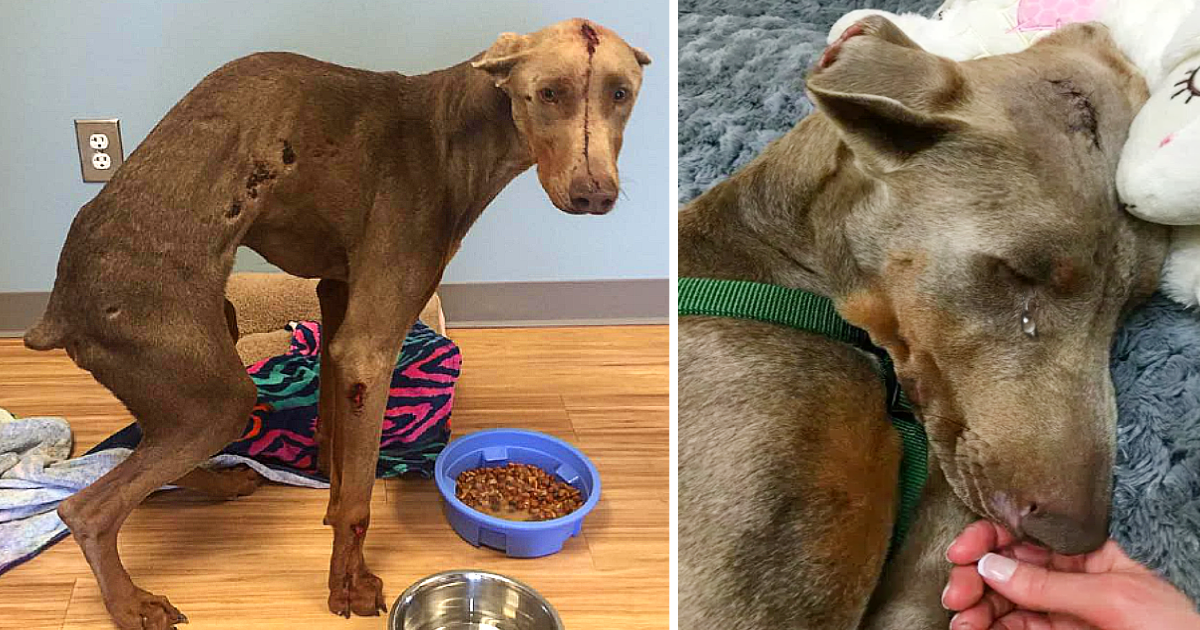 It’s difficult for dog lovers to comprehend why anyone would want to harm an innocent animal for no reason. Some people are cruel, and there are no reasonable explanations for their things. This is the story of Spencer, a poor dog who endured a great deal of abuse during his first year on this earth. 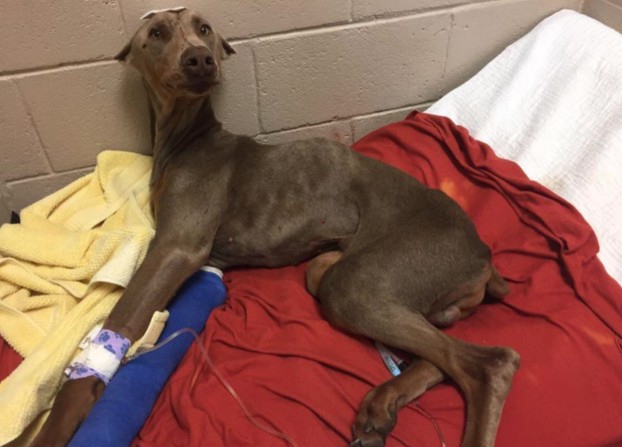 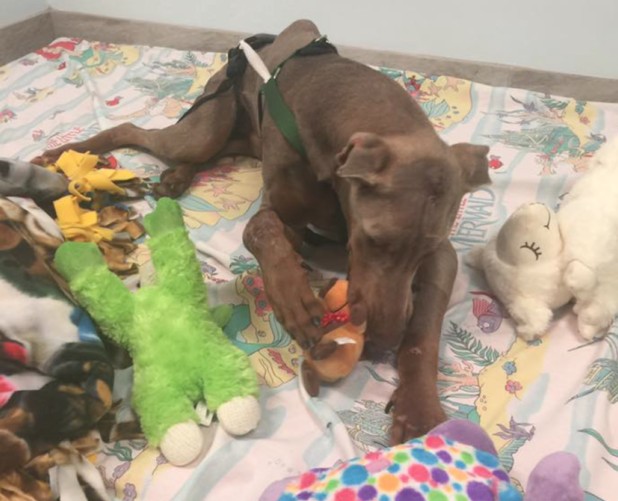 Spencer was fortunately taken to a vet called Paws and Claws in Columbia, South Carolina, by some kind people. Spencer’s members were immediately apparent to the vet’s staff. He had a broken back, which had most likely occurred as a result of the car accident. 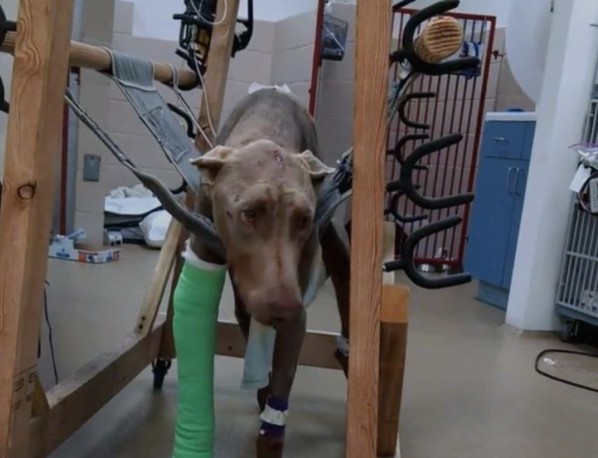 The staff members also noticed he had a poor ear crop job as well that was clearly an at-home job. He also had x-rays taken, which revealed a clump of extremely sharp bird bones lodged in his stomach. These were threatening to rip his stomach open! He also had gashes on his head and legs, which needed to be stitched! 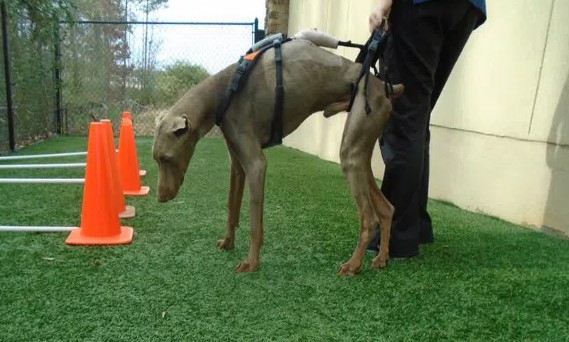 Someone had clearly abused Spencer and he had managed to flee, or someone had dumped him on the street and left him to fend for himself and try to survive on his own. They discovered some great news with the help of the VCA Animal Specialty Center of South Carolina. Because Spencer was so young, he would be fine. He still had sensation in his legs, and they hoped that surgery would help repair his spine so he could walk again! 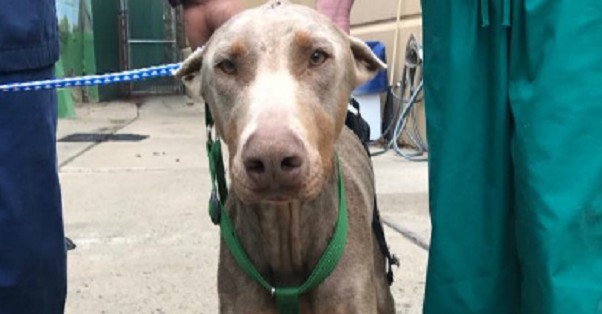 Thankfully, his back surgery went well, and he was on his way to relearning how to walk on his own. In addition, the vets noticed that the bones in his stomach were beginning to pass safely on their own. Things seemed to be going in the right direction. 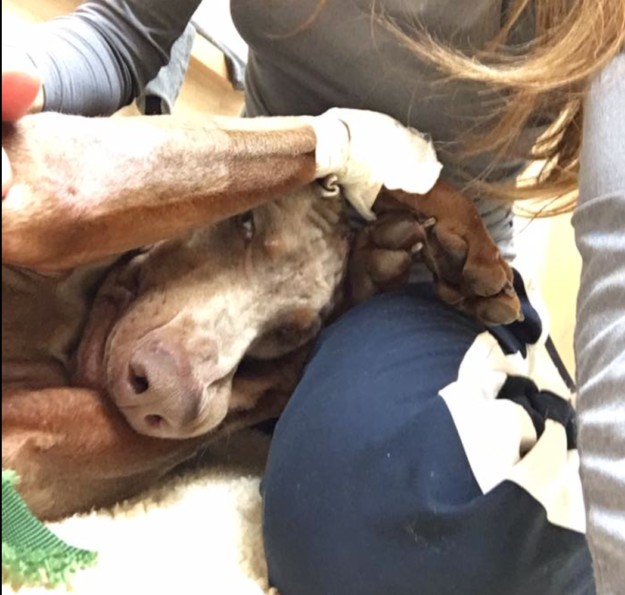 With the help of loving staff members and physical therapy, he is now recovering. He’s progressing at a breakneck pace! He began walking with full support and, before they knew it, he was able to walk without the aid of a sling. He’s back to his old self and walking on his own! “He’s a great dog who is young, happy, and otherwise healthy. He’s ready to live a great life.” 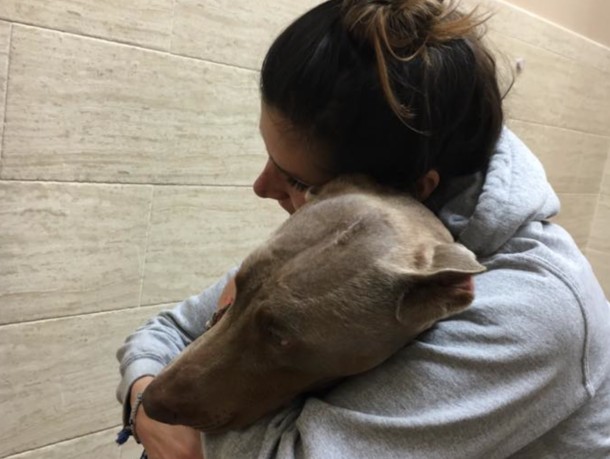 Update: Spencer found his forever home!
It’s no surprise that this brave dog found his forever family – canine siblings included! His parents keep up-to-date with his Facebook page, so make sure to follow him.