K9 dogs are an essential part of the police force, and they save lives and keep communities safe while putting their own lives on the line, just like their human partners.

These dogs become a beloved part of any police department, but their bond with their handlers is the most important. They’re not only partners on the job, watching out for each other in the line of duty, but they’re also friends off the job: most handlers keep their dogs as pets. 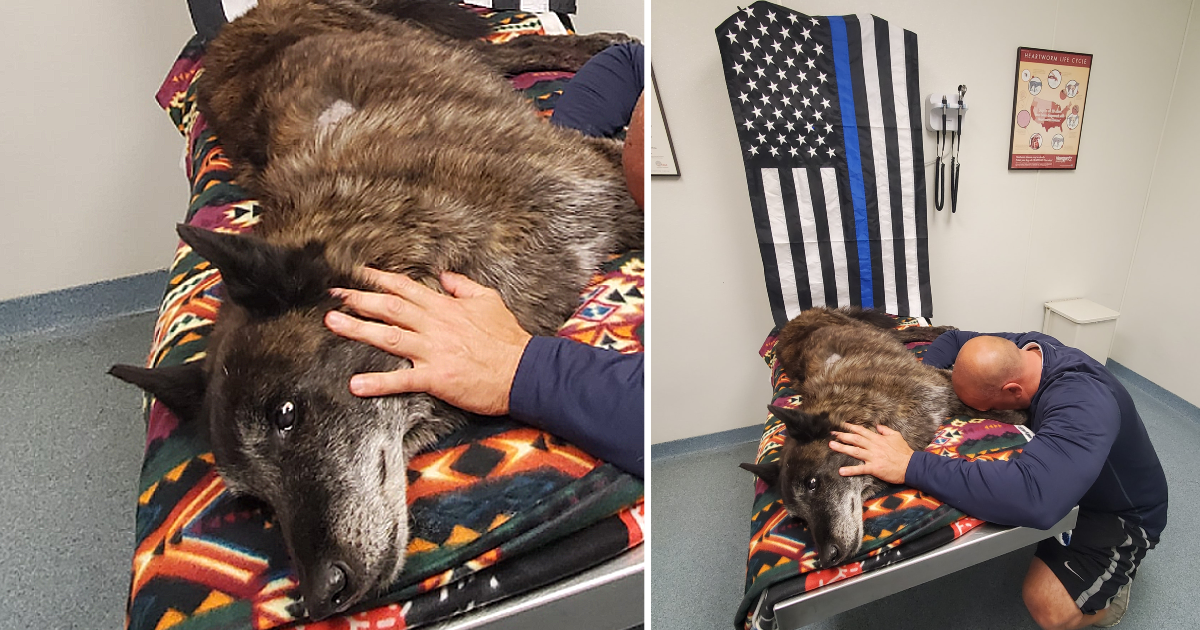 Officer Decristoforo of the Central Falls Police Department and his K9 partner Axel were in this situation. Regrettably, the police dog died recently… and a heartbreaking photo reveals how much the officer’s loss meant to him.

Axel died just a few years after leaving the police force. He was living with his former partner, who had taken him in as his own child.

Friends of Central Fall Animals, a local nonprofit animal organization, paid tribute to the dog, praising him as an outstanding officer. 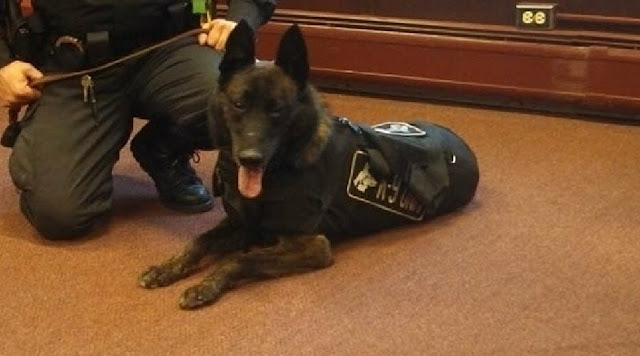 “On the streets, Axel was all business,” the post reads. “He did an outstanding job keeping the streets safe, and he always made sure our officers were safe, no matter how dangerous the situation.”

Axel’s close bond with Officer Decristoforo is also described in the post.

The post reads, “He wouldn’t hesitate to give his life to save the life of a fellow officer, especially his partner.” “These two became instant best friends who were always there for each other.”

They also shared a heartbreaking photo of Decristoforo with Axel in his final moments, with the officer’s permission:

Friends of Central Falls Animals wrote, “I can’t find the right words to describe Officer Decristoforo’s love for Axel, but I do know he’s feeling broken right now by the loss of his other half.”

It’s clear that the two officers genuinely cared for each other, and their bond is unbreakable.

The post reads, “The bond between a Police K9 and his partner can never be broken, not even in death.” “K9 Officer Decristoforo may no longer be physically present, but Axel will always be watching over him and, in his own way, ensuring that he finishes each shift safely, just as he did when they were out on the streets together keeping the streets safe!”

Axel, may you rest in peace. We’re confident that your partner and all of the officers with whom you worked will remember you fondly. Your shift has ended.

Share
Facebook
Twitter
Pinterest
WhatsApp
Previous articlePuppy Holds On and Fights For Each Breath After Siblings Died In Blistering Heat
Next articleStray Elderly Dog Roaming Street For 10 Years With Huge Tumor, Tormented By Pain, Upset And Losing Faith In Life, But No Help