Home Rescue Sad Dog Was Found In Mysterious Circumstances, Chained Up So Tightly He...
Rescue

Sad Dog Was Found In Mysterious Circumstances, Chained Up So Tightly He Couldn’t Lay Down To Sleep 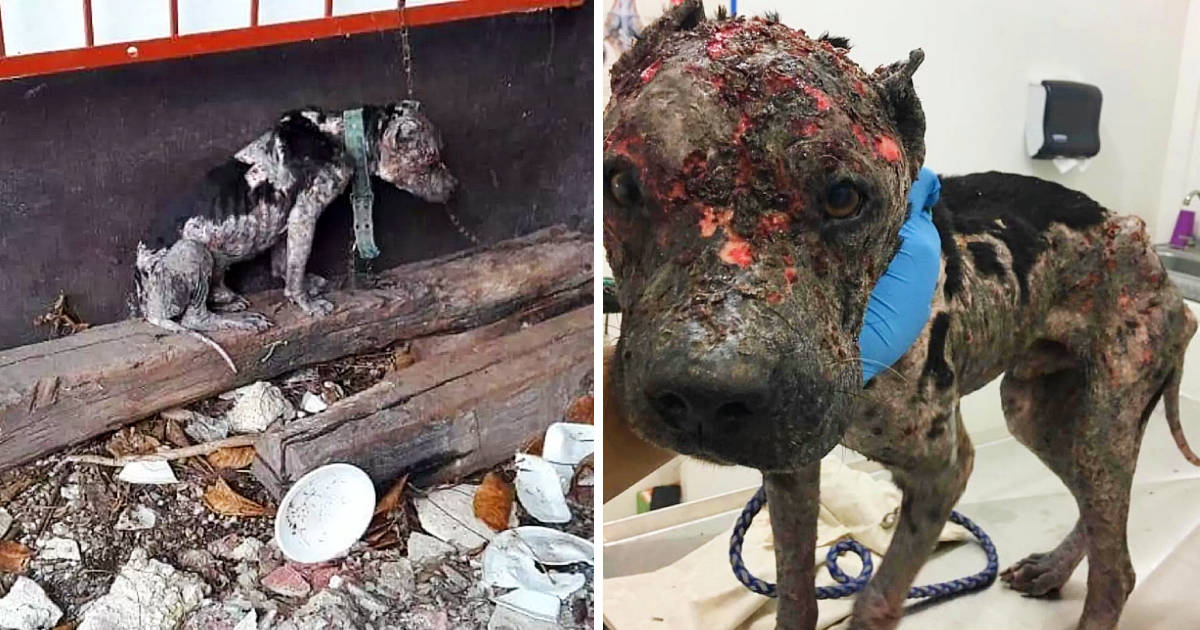 Totopo had been through hell, but no one knew for sure what had occurred.

Totopo was discovered chained outside a house near Cancun, Mexico, in October by a woman. The 3-year-old pit bull mix was without food, water, or shelter, and his chain was so short that he couldn’t even sleep. To get any rest, he had to lean his head against the chain.

Totopo also had ringworm and mange, as well as burns all over his body. 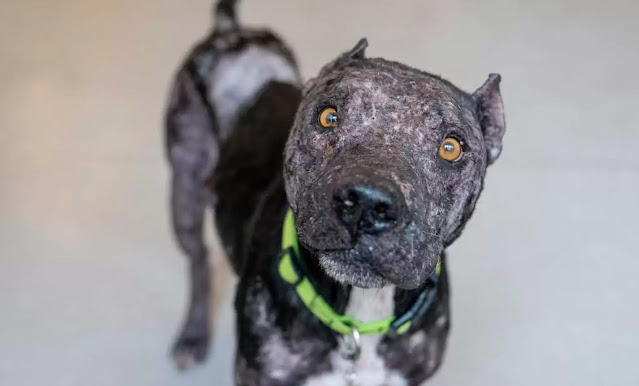 “The crop job on his ears looked like it was done with scissors or a knife,” said Tiffany Lacey, director of Animal Haven, an organization that finds homes for abandoned dogs and cats. “And his canines had been shaved.”

When the woman who discovered him knocked on the door, she was greeted by a family who explained that Totopo was being held outside as a punishment for chasing a chicken. The woman was able to persuade the family to hand over Totopo to her. She then brought the abused dog to Matteo Saucedo, who runs Riviera Rescue AC. 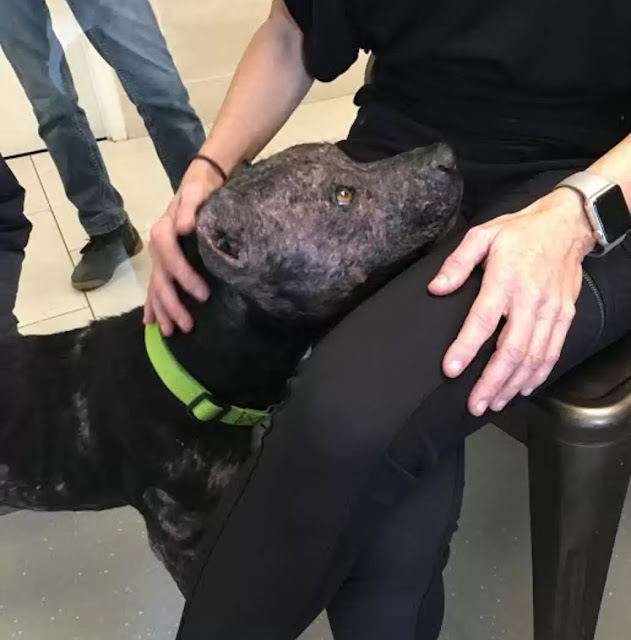 Lacey knew she wanted to help Totopo when she saw a photo of him on Facebook, even though she was in New York City and he was thousands of miles away. “It was one of the most horrifying images of a dog I’ve ever seen,” she said.

Lacey contacted Saucedo and arranged for Totopo to be transported to New York, where Lacey and the Animal Haven team would help him in finding a home.

Lacey said last Tuesday, “He just arrived a few days ago last week, and Matteo flew him here himself.” “He came with two other dogs that we accepted — Temo and Clarita — and both of those [other] dogs are paralyzed.” Totopo’s fur hasn’t fully grown back, and his wounds are still healing, but he doesn’t appear to have any behavioral issues.

Lacey said, “He’s unfazed by all the terrible things humans have done to him.” “Either it hasn’t hit him yet, or he’s just so loving… it’s incredible.”

Lacy is astounded by Totopo’s adaptability to life in New York City.

Lacey exclaimed, “He’s so happy.” “It’s incredible that a dog who was essentially tortured (for how long we don’t know) acts like he grew up in a warm, loving home. However, we know this was not the case with him. “All he did was bounce back.”

“Totopo is the sweetest dog I’ve ever met,” Lacey added. “He’s very good at walking up on the leash. He is a people person. He is constantly hugging. He gets along well with other dogs.”

Totopo has already piqued the interest of many people, and Lacey expects to make an adoption announcement soon. 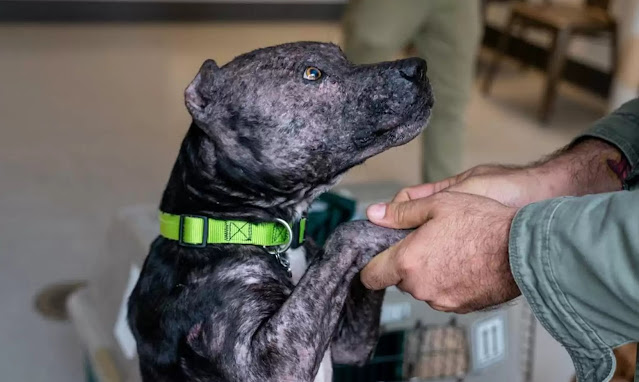 “I think this story is definitely one of those if anyone is looking to change a dog’s life… and to help facilitate that final chapter where the dog is loved and in a warm place and never has to be hurt again,” Lacey said. “It could be their dog who pulls it off.”

You can donate to Animal Haven and Riviera Rescue AC to help more dogs like Totopo be rescued.