Sad Street Dog Was So Grateful Someone Stopped To Help Him 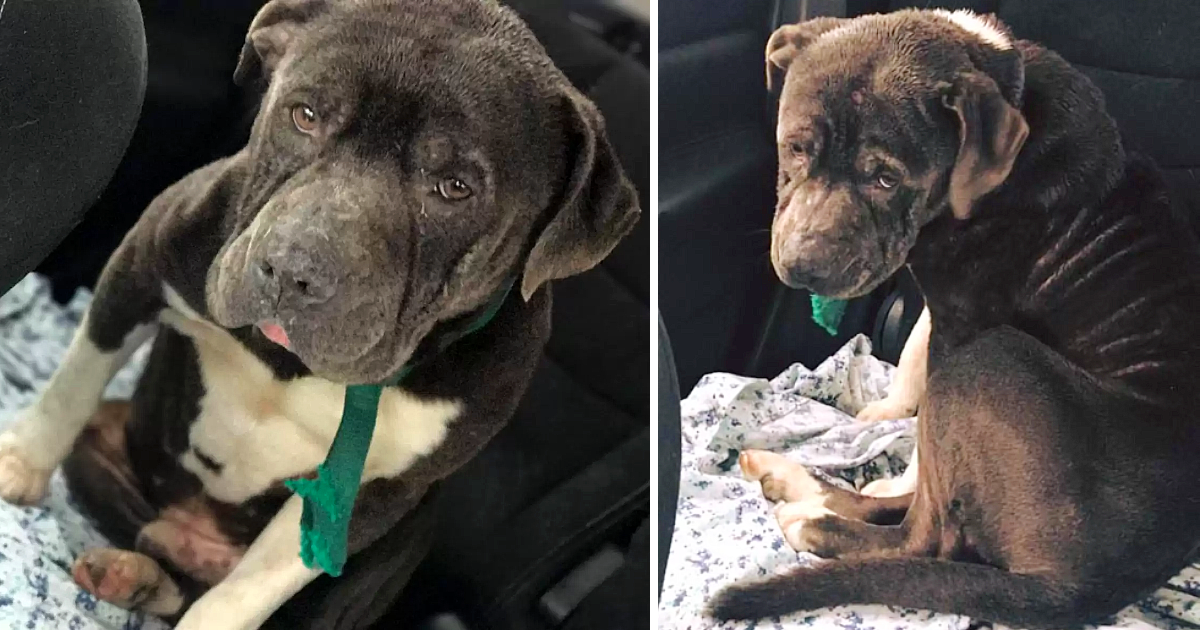 Laura Forma noticed a pit bull crossing the street behind her in her rearview mirror when she was going at work.

There were a few things that could have swayed her decision to pull over: For starters, she was driving in the wrong direction. Second, Forma already had eight rescue dogs under her care, including six of her own and two foster dogs. It would be difficult to add another dog to the mix.

Forma, an independent dog rescuer in Houston, Texas, told The Dodo, “I did a U-turn and went into a strip plaza.” “At first, I couldn’t find him, so I sat and waited. Then he appeared in front of some cars, and I motioned for him to come over to me.”

It was raining and cold outside, and Thor, the dog, bounded over to her. 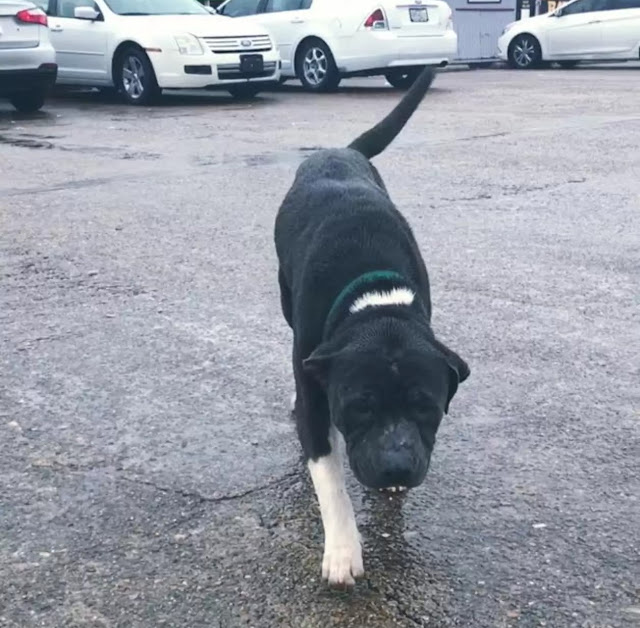 Forma said, “He just ran right up to my car in the front seat, ready to be rescued.” “He walked up to me, smelled me, and then jumped into the car.” I never thought a dog could do something like that, but I guess you don’t believe it until you see it.”

Thor wore a rope around his neck as a collar, but he wore no tags or other identification. Thor’s big, sad eyes, on the other hand, made Forma think he’d been through a lot.

“You can tell he’s very broken,” Forma said. “He also has scars on his face.” 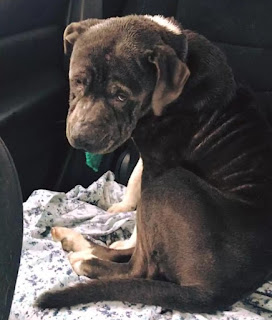 Forma was adamant about not taking Thor to a shelter. Thousands of stray dogs are thought to be roaming the streets of Houston, and shelters are overburdened. Forma knew that because Thor was a pit bull, he’d have a harder time finding a home than other shelter dogs.

So Forma brought Thor home with her, and he quickly settled in. 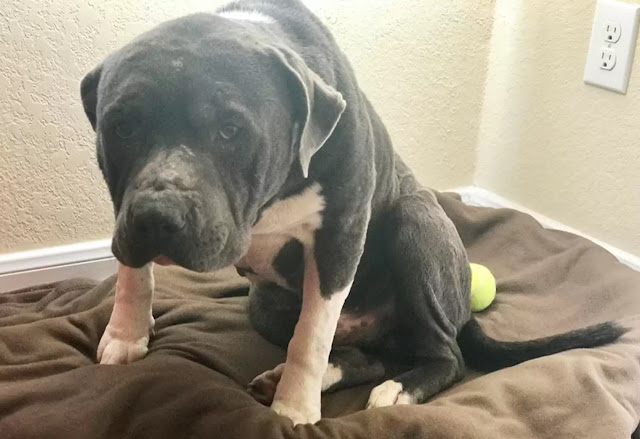 Forma stated, “He doesn’t do anything wrong.” “In my spare room, I made a pallet for him, and he just lies there all day.” He doesn’t make any noises, and he’s not chewing on anything. He’s extremely appreciative.”

She went on to say, “I’m pretty sure he had a home because he is house-trained.” “However, he’s very quiet and friendly.” My dogs have been introduced to him through a baby gate, and he has shown no reaction to them.” 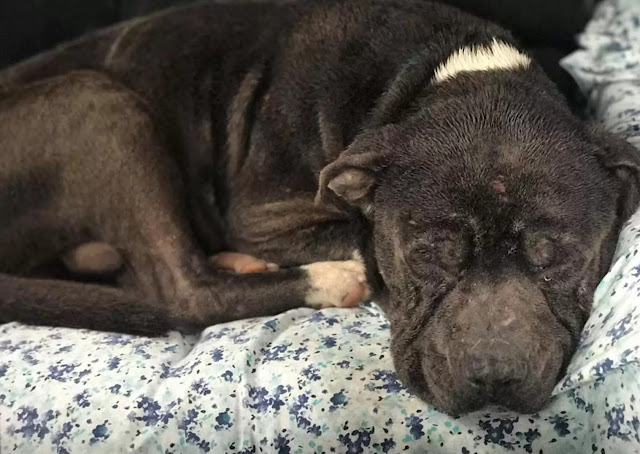 Forma explained, “He just kind of looks at you with those sad eyes and paws at you to rub him.” “It’s quite lovely.” Despite his scars and whatever he’s been through, he’s still capable of loving, which is incredible.” 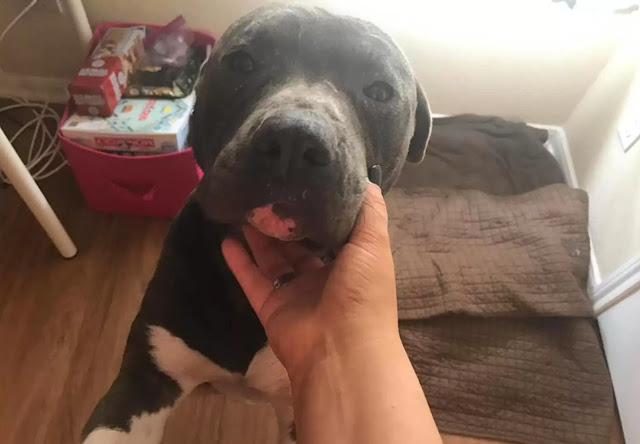 Forma grew attached to Thor, but she knew that placing him with a rescue group would be the best thing for him. As a result, she made arrangements with Three Little Pitties, a new rescue group in Houston, for Thor to be placed in one of the rescue group’s foster homes.

Forma said, “I’m glad I made that decision to turn around.” “There’s a pull that makes you want to go back and get them every now and then.” He’s a wonderful dog who will bring joy to someone.” 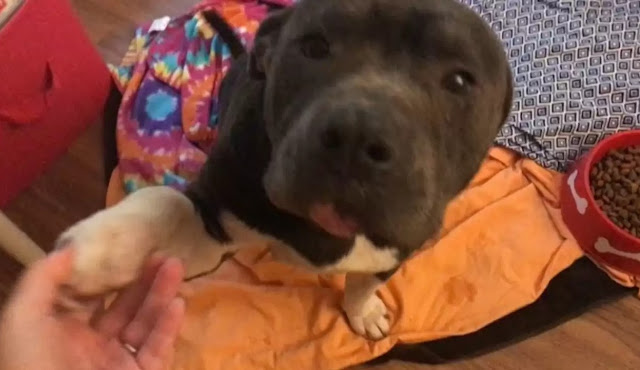 Share
Facebook
Twitter
Pinterest
WhatsApp
Previous articleHis Owner Wanted Him Euthanized Because He Couldn’t Walk, But They Refused To Give Up On Him
Next articleSick Boxer Left In Trash Bag Outside of Shelter Brings Tears To Rescuers’ Eyes