Home Rescue Abandoned Dog By His Breeder And Left 'Tired Of Life' After...
Rescue A porcupine attack left more than 100 quills painfully lodged in a dog’s skin, leaving him “ready to give up on life.”

The abandoned dog’s mojo has returned after six hours of surgeries, and he is ready to find a new home.

After a resident discovered Henry bloodied and limping on the street, he was taken to the Saving Grace Animal Society’s sanctuary in Alix, Alberta, Canada.

After being attacked by the wild animal, the pup was covered in painful porcupine quills and infected, and sanctuary co-director Erin Deems says he simply looked ‘fed up with life.’

The tearful-eyed dog is seen hunched over with a bloodied face and paw, which he raises from the floor to avoid more pain. 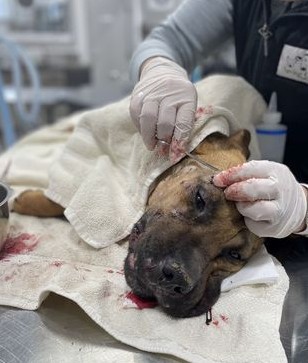 Users quickly expressed their dissatisfaction with the disturbing video and demanded an update.

Vets removed the quills and treated the infection after three surgeries, leaving the pitbull pain-free and able to regain his strength. 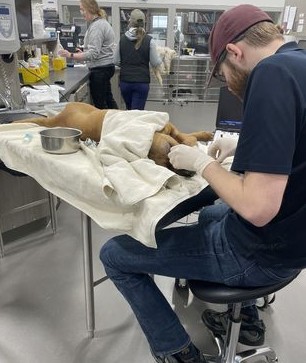 To the delight of his thousands of fans, the sanctuary posted three updates showing Henry’s scars healed, him walking freely, and being cuddled by 34-year-old Erin.

The videos have been viewed over 60 million times, with users praising the sanctuary for’saving’ the pup and admitting that following his journey made them cry.

He is now looking for a new home, and Erin has encouraged dog lovers to contact her to find a meeting.

“When we found him, he was scared of people, and I think that was because of the amount of pain he was in,” Erin, also from Alberta, said. “He’d been attacked by a porcupine, and the quills hadn’t been removed from his face, so they were all surrounded by infection.” He appeared dejected and dissatisfied with life.” He couldn’t eat because he had quills around his mouth, and as a result, he lost weight. Because the quills had gotten into his joints, he was also walking slowly.” We could see the immediate relief after his first operation. His eyes regained their brightness, and his smile returned as well. 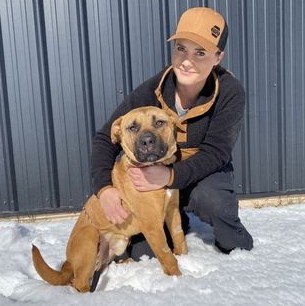 “It was incredible to witness. He’s much more at ease now, and he’s walking much better. We’re looking forward to people making appointments to see him now that he’s available for adoption.”

Henry was abandoned, Erin believes, because his breeder had too many dogs in their litter, which she believes is a common problem in the area.

Henry may need more operations in the future if more porcupine quills emerge from his skin, according to the sanctuary’s co-executive director, but he’s now ready to be rehomed. 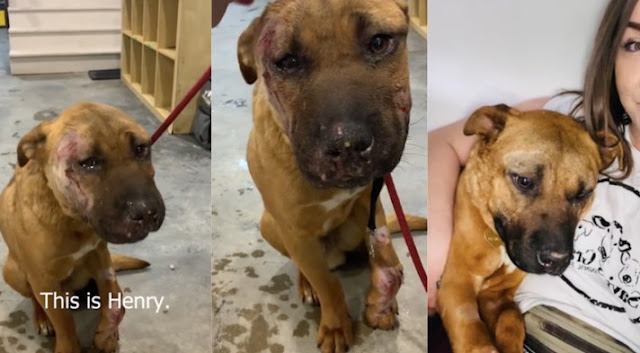 The shelter’s TikTok of Henry’s injuries drew more than 270,000 concerned comments, and the updates showing his recovery drew thousands of relief comments.

As one user put it: “He appears to be in much better shape. Thank you, God. He is adorably adorable. I’m glad he’s doing better after the first video.”

A second person added: “Looking at this video makes my heart so happy. You were the one who saved him.”

“I cried,” a third said simply.

Share
Facebook
Twitter
Pinterest
WhatsApp
Previous articleHe Fell Into a Deep Sleep in His Rescuer’s Arms After The Hard Loss He Suffered Since Birth
Next articleShe can not stop shaking in fear, try to hide in the corner and under bed until she met that woman!