Hero Mother: The dog starved and froze for months without leaving her five puppies hungry

The story of Celeste, a dedicated mama dog, has touched people all over the internet. Celeste, despite being calm, gentle, and loving, was heartlessly abandoned while pregnant at the age of two. She was forced to live and give birth on the streets, with no protection.

She then practically wasted away to nothing as she did everything she could to care for her precious puppies due to her difficult circumstances.

A dog living on the streets has it tough. On top of that, you have to give birth to, feed, and care for five puppies. Celeste and her five puppies were found severely malnourished, which is understandable. Every nutrient she had was spent keeping her puppies fed and warm in the bitter cold of winter.

Celeste’s foster mom, Elaine, said, “She was so thin and those puppies were just nursing like crazy, and she just did her job as a mom even though she was starving to death.” 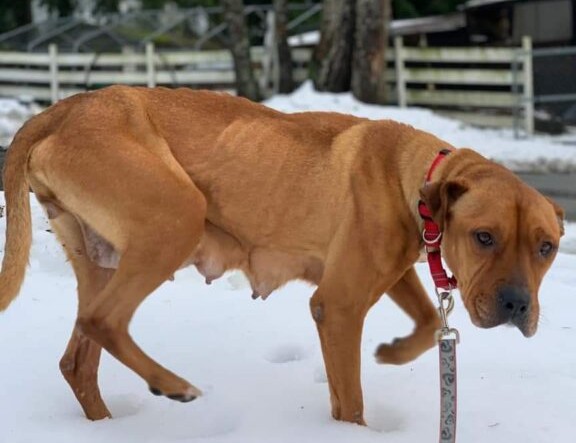 Celeste’s puppies, despite their difficult start in life, were found to be in near-perfect health. Celeste’s body bore the marks of starvation as she battled to keep her five puppies alive. For an estimated five months, the loving mom had done everything she could to keep her children safe and healthy. Celeste was the one who was finally getting some TLC.

“Celeste would rather starve than starve her puppies. “She has given everything to make sure her puppies are okay after a difficult life living outside, and it’s time she receives the same love,” the BC SPCA said. 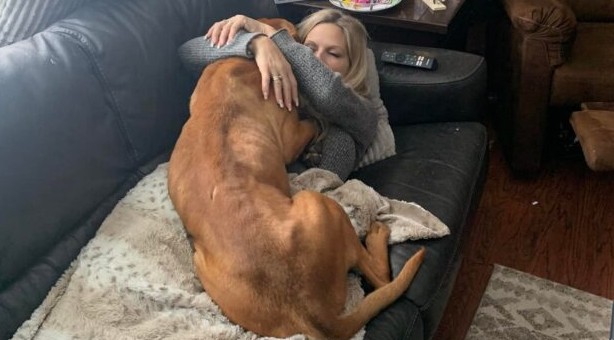 When Celeste and her puppies were welcomed into the home of BC SPCA foster mom Elaine Nelson-Hosak, it felt like fate. Celeste entered her life shortly after her best friend died. It was almost as if the timing had been carefully calculated. They required one another. Celeste and her puppies needed love and care, and who better to soothe the love of a broken heart than a canine companion? 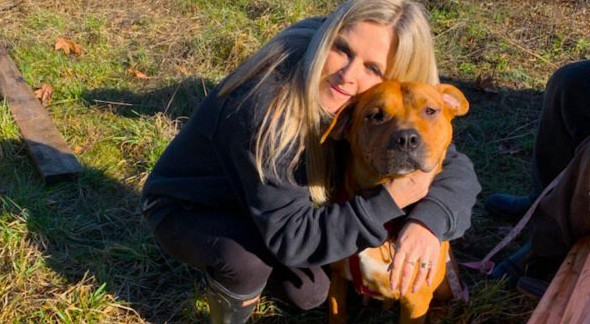 Celeste was able to gain weight and strength slowly but steadily after that, thanks to a strict “refeeding” plan. Her body responded well to six small, nutrient-dense meals per day, and she quickly reached a healthy weight of 90 pounds. In addition, four of her five puppies have already found loving homes and have had an adorable reunion. 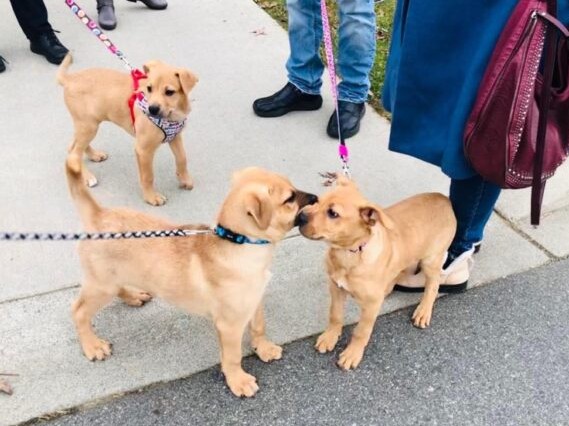 Because of how well she responded to treatment and how much she bonded with her foster mom, it was clear that she had already found her forever home. Celeste, dubbed “Momma” by her family, is now living the life of a spoiled puppy, snuggling with her family on the couch and keeping warm by the fire. It’s a far cry from her previous life on the streets. She is no longer wasting away, but she has finally found her place. Momma is finally safe, warm, and loved.