Shot In Her Front Leg, Neglected Abused Dog Found Lying In Street And No One Even Try To Help Her Or Call For Help 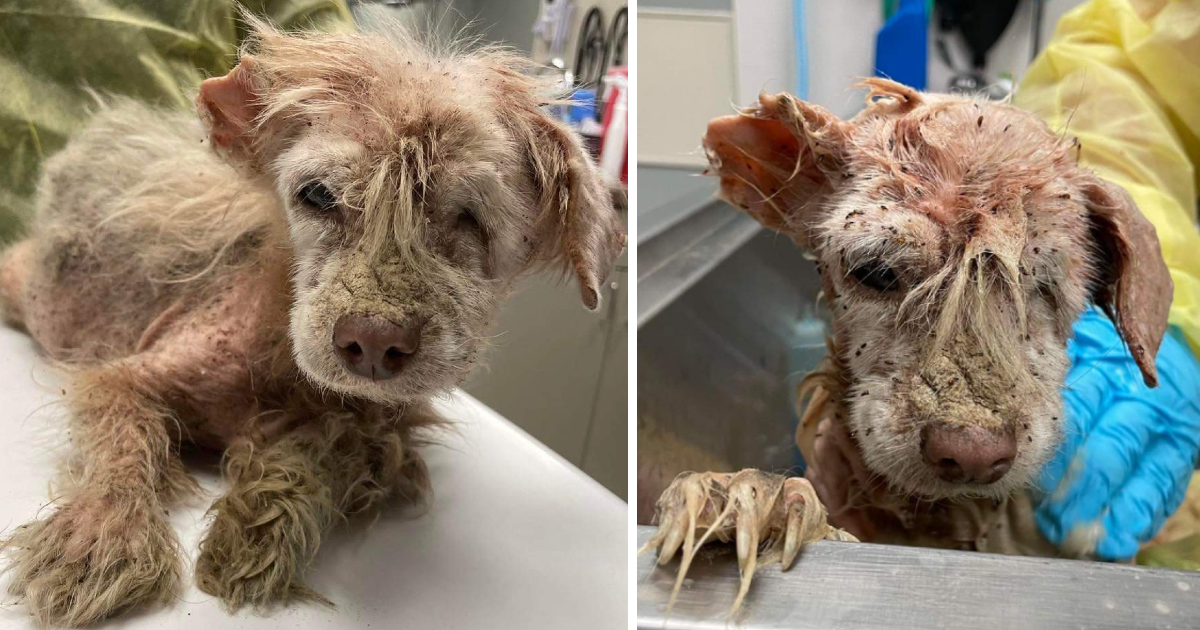 Meg is a two-year-old dog who was abused on the street and has pain and sadness in her eyes, but her rescuers are doing everything they can to help her.

Many dogs and cats suffer on the streets, not only because they lack food, but also because they become ill and no one cares for them, and some are even mistreated. Meg was rescued in appalling circumstances; she had fleas, infections, skin problems, and, worst of all, a bullet wound in one of her arms. She was rescued by a rescue organization in Houston, Texas, United States, and after years of living in deplorable conditions, she now has the chance to be happy. 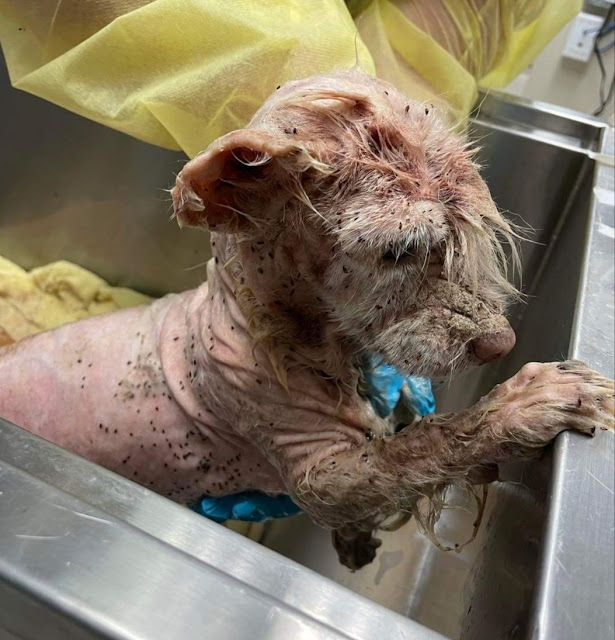 The case of this dog, who was found neglected and mistreated, was released by ThisisHouston, a rescue organization. Her life on the street had been torturous since she was two years old. 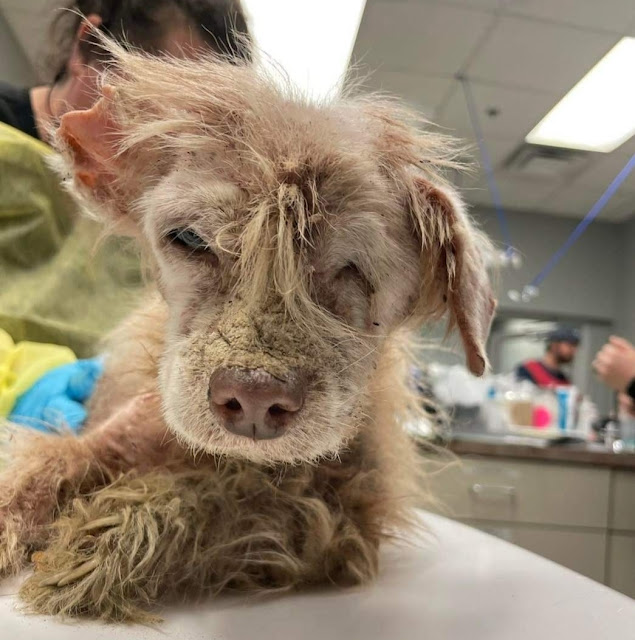 When she was rescued, she weighed only four kilograms, was infested with fleas to the case where they had never seen one before, had severe scabies due to these parasites, was missing half an ear, and, worst of all, had a shot in one of his arms.

If that wasn’t enough, she had broken ribs, a heartworm, and chronic ear problems, as well as one of her eyes, according to a general checkup. 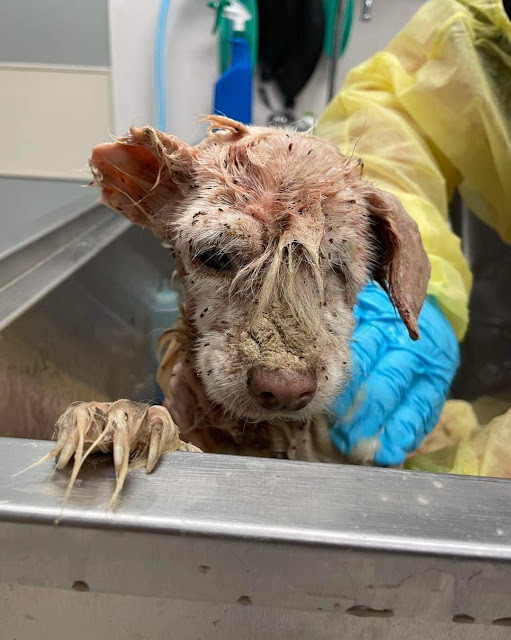 They don’t know how this dog managed to survive in that situation, but one thing is certain: she fought for her life every day. Her little eyes were sad; no one had ever helped her or shown her even a little love, so it was extremely rare for her. 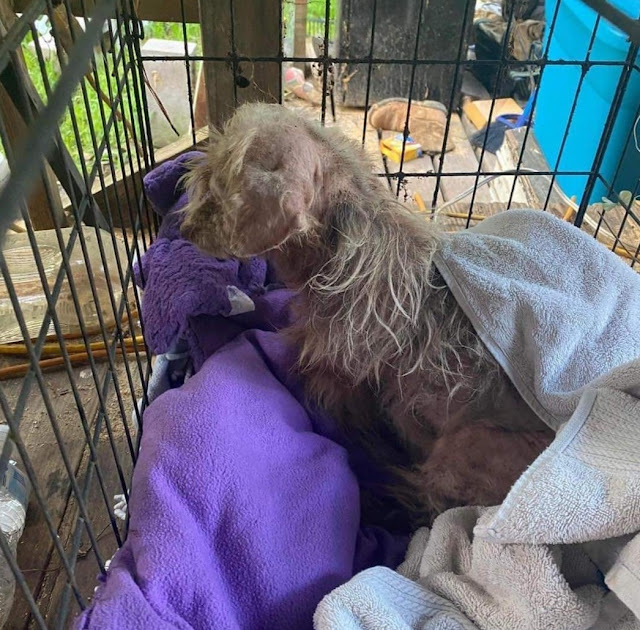 This dog was in bad shape when she arrived, so they gave her water and food before bathing her and removing all the parasites that could be seen walking around and bothering her entire body.

“She’s had an increased respiratory rate when she arrived to the ER five days ago but she’s developed a cough.  We think she has either congestive heart failure or just a bad URI, but she’s on antibiotics and being closely monitored.”

They hope to improve her skin condition because she is expected to have surgery soon. 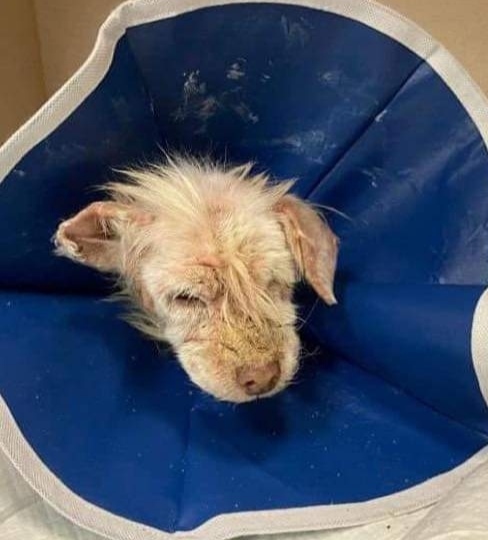 Her little leg was amputated. She is currently recovering and in desperate need of assistance; as a result, if you would like to help this dog by becoming her godfather or adopting her once she has recovered, please contact ThisisHouston on Facebook.

Share
Facebook
Twitter
Pinterest
WhatsApp
Previous articleBeing Sold At The Market, Dog Jumped Up And Hugged Owner Tightly, Begging Owner Not To Sell Him
Next articleHeartbreaking moment, sad dog refuses to leave the side of his dead pal in a hit-and-run accident