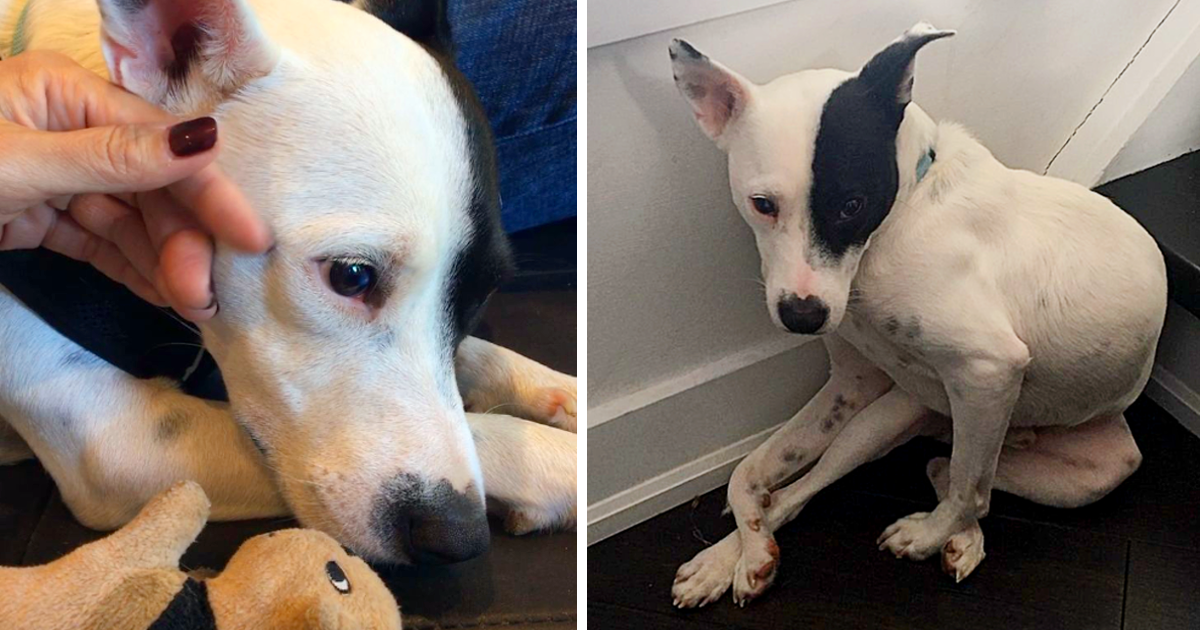 Fear is an unpleasant sensation caused by the perception of danger , it manifests itself both in animals and in humans, it is often the result of a traumatic experience that is difficult to overcome.

For Teresa Hwang , a 51-year-old woman, her biggest fear was puppies , but everything changed when she met a little furry one who ended up winning her heart.

She was afraid of dogs until he met one that changed his life. 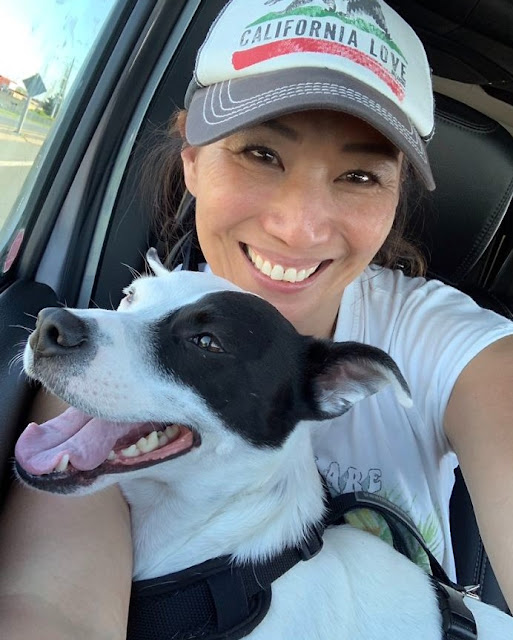 Teresa’s fear of puppies stems from being bitten twice when she was 10 and 20 years old. Her fear of her was so strong that she would cross the street to avoid coming into contact with any dog, whether they were on a leash or roaming free.

Her bad experience with the furry caused her to develop a fear of dogs for the rest of her life.

She didn’t decide to give himself a chance and gradually overcome her fear of our four-legged friends until she met Boo. Boo had spent a lot of time in a shelter because his past had been so difficult that he was afraid of people.

Boo was extremely shy, spending the majority of his time huddled in a corner. 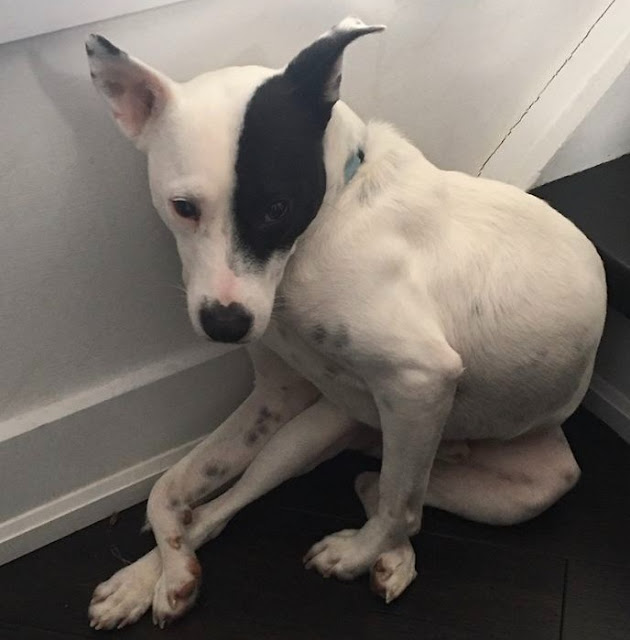 Teresa knew they were the perfect match when she met Boo, so they moved forward together and are now inseparable. Teresa added her two cents:

“I still can’t believe I have a dog, let alone one as much as Boo.” He’s like the son I never had, I tell people. I don’t love him just because he loves and needs me. I love him exactly for who he is, for everything he has overcome, and for the joy he has brought into my life.”

After caring for her sister’s 16-year-old dog for two weeks, she decided to adopt a dog. 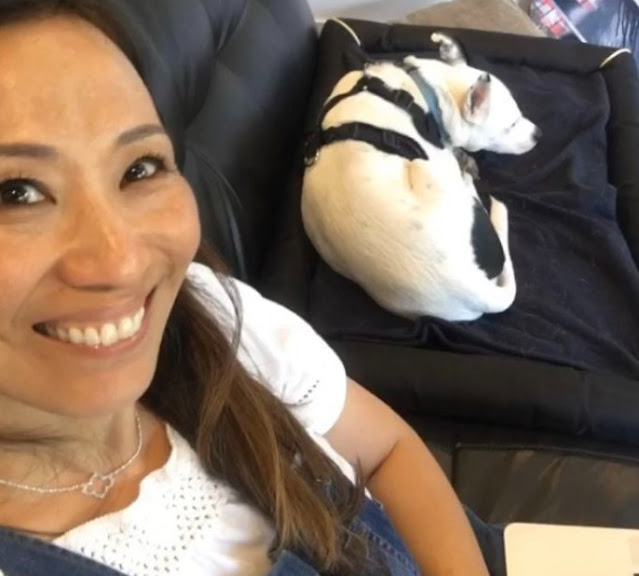 Teresa’s boyfriend had insisted on several occasions that they adopt a dog, but it wasn’t until they took care of the older dog that Teresa considered adding a new member to the family.

Since she saw the puppy she knew he was the one.

The pair met several rescue organizations before meeting Boo, who was then known as Patches, at Niagara Dog Rescue. 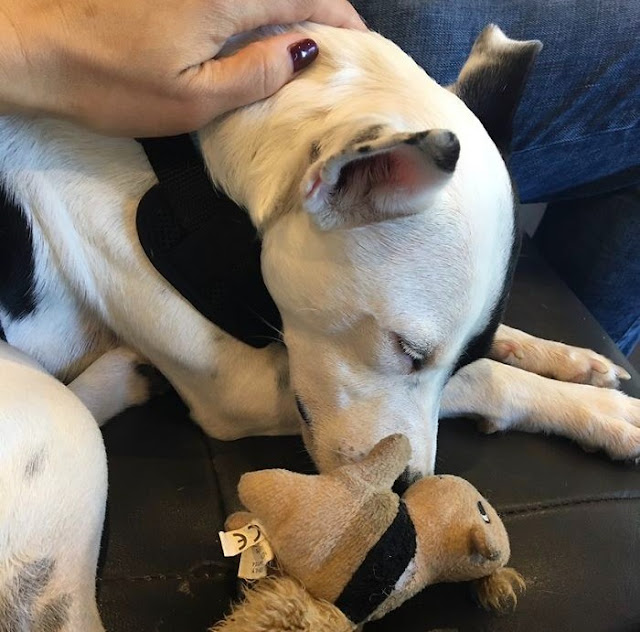 The puppy had already been through several foster homes and two Texas shelters, but had yet to find the right family. His fortunes changed after he met Teresa, who first noticed him sitting on a bench next to his foster mother.

Boo with his foster mother.

The woman thought Boo was much smaller than he looked in the photo, and that he was shy and uninterested in interacting with people. 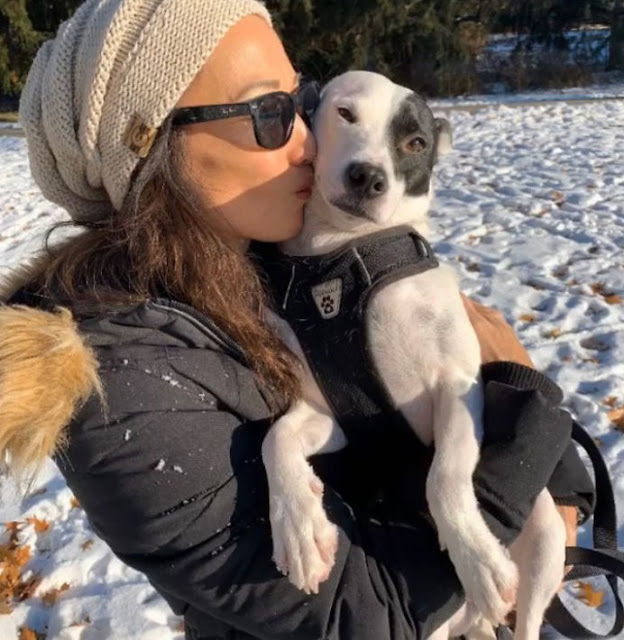 Just 15 minutes after Teresa arrived at the shelter, the puppy approached her slowly and surprised her with a sweet kiss on the nose before returning to hide behind her foster mother.

Boo was not sociable during his first days with Teresa; he had built a shell for himself and stayed away from everyone; he did not eat in front of her, he did not play, and his tail remained between her tail.

Now they are an inseparable duo.

He was afraid of loud noises, such as those made by the washing machine or the oven, and the woman deduced that he had a traumatic past, so he would require a lot of patience and love to help him overcome his fears. 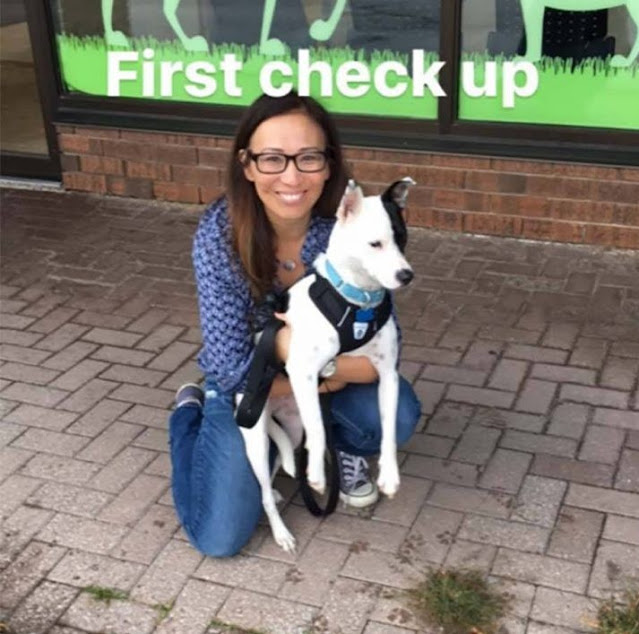 They used a variety of tools to help Boo come out of his shell and trust people, eventually getting him to wag his tail and bark for the first time.

“I cried happy tears because it felt like Boo was a puppy again,” Teresa explained. 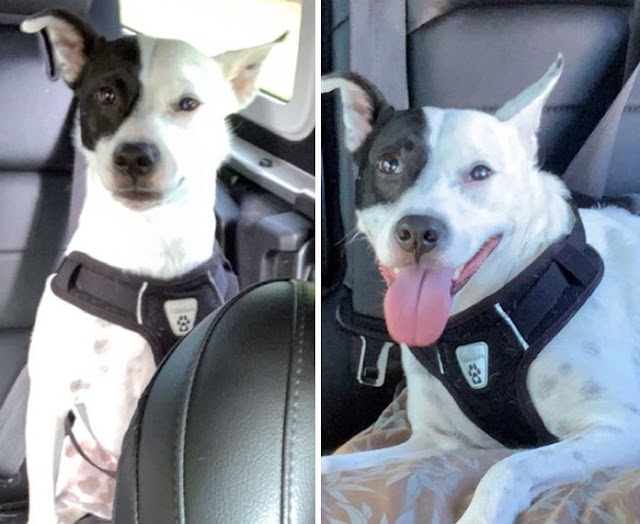 It’s been several years since this sweet puppy was adopted, and the changes have been remarkable; he now runs around the house, hunts for his own food, and sleeps soundly in his bed every night. Teresa added her two cents:

“When you ask him if he wants to go for a walk, he wags his tail and smiles. He’s grown a lot, and I’m very proud of him.” 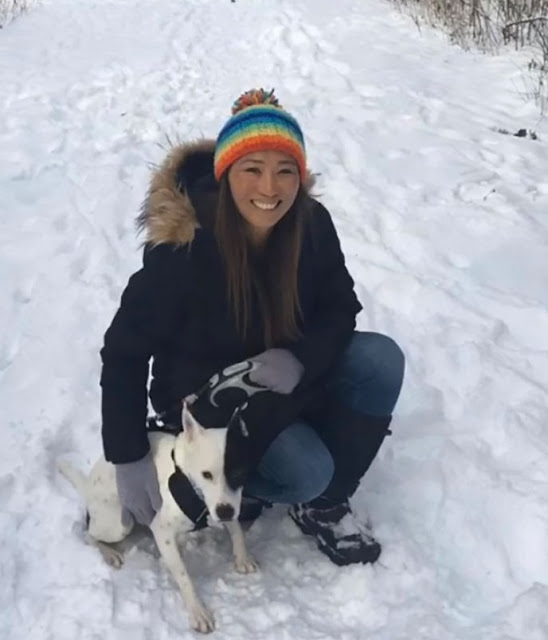 Although Teresa has made a significant improvement in Boo’s behavior, she is still hesitant to interact with other puppies.

Her progress has been slower, but she claims that teaching Boo to be confident has resulted in many positive changes for her.

The woman emphasizes the importance of creating an environment of trust and security in order to overcome fear, just as she did with her beloved Boo.

“When people thank me for saving his life and say I rescued him, I always respond, ‘Boo rescued me.'” We overcome our fears together. We help each other heal. “We demonstrate that love triumphs over fear,” Teresa said. 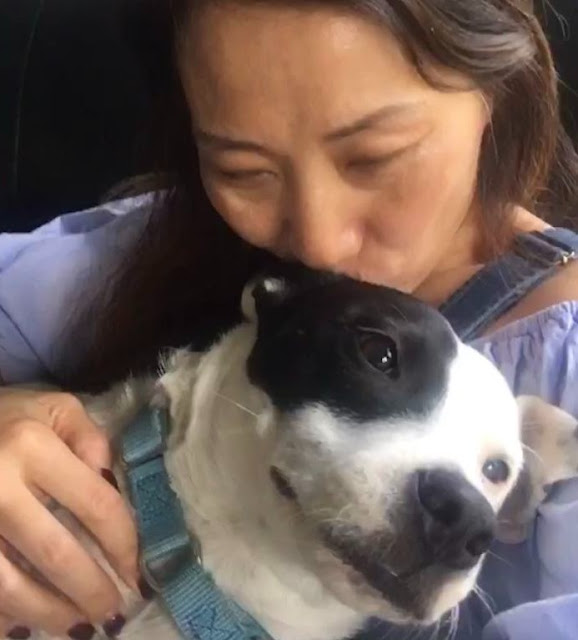 The experience of overcoming fear is incredibly satisfying if you do it from love. How beautiful it is to recognize that love is the best and greatest feeling to transform the world.