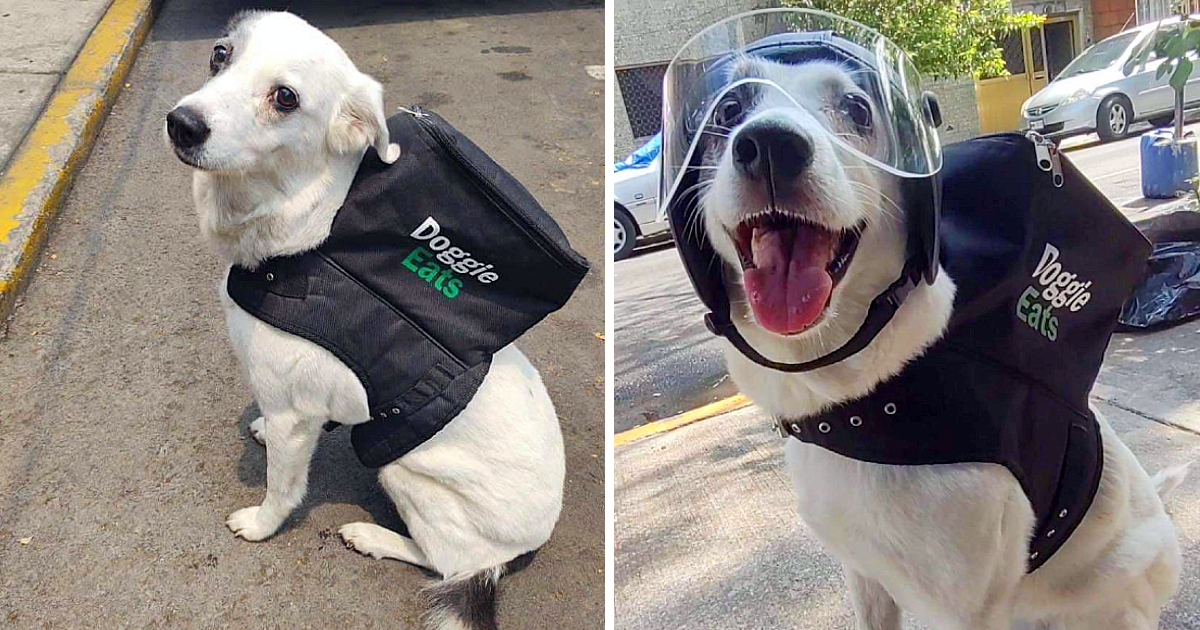 A sweet dog in Mexico City who works as a vegan food delivery person to aid her colleagues at the animal shelter to which she belongs has won the hearts of all those who have heard her story on various social media platforms.

Any is a dog from the Garritas Guerreras animal sanctuary, which has gained notoriety for distributing food in the streets of her city in order to raise funds.

Any has her “Doggie Eats” bag, which she uses to deliver “Amvorguesas” in the same way that a delivery person would in any app (Vegan Burgers). 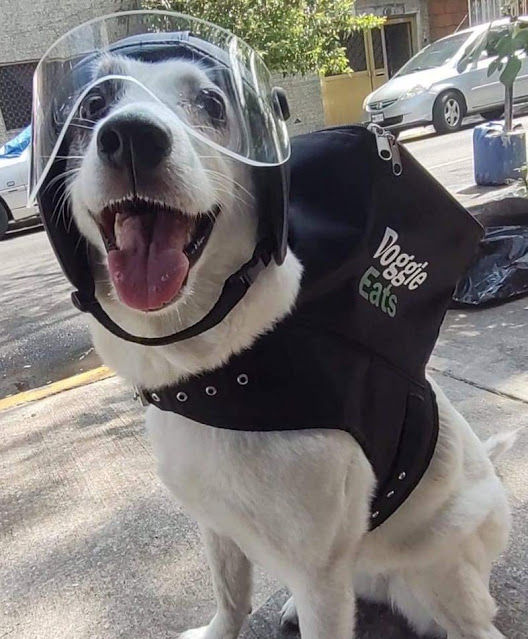 Mexico has long been known to have one of the highest rates of homeless dogs in Latin America, and this figure has risen as a result of the epidemic. As a result, shelters are looking for ways to aid these animals, whether through rescue or permanent placement.

Unfortunately, the shelters’ efforts have not been sufficient, and they are increasingly unable to assist the furry ones due to a lack of financial resources.

Garritas Guerreras is one of those affected, but luckily, Any is a member of this shelter and eager to aid her brothers. Any is one of the 160 animals housed in the shelter, but due to a lack of funds, management has had to come up with solutions.

As a result, in order to generate sufficient revenue, the shelter has committed to selling vegan cuisine such as hamburgers, chips, and flavored water. 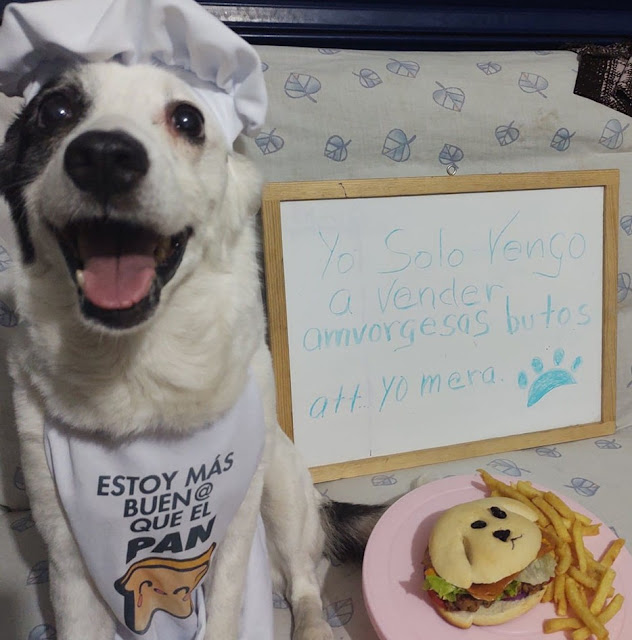 They intend to benefit shelter animals through the sale of their items, and the best part is that each purchaser will receive a one-of-a-kind delivery. Any has always been a sweet, hardworking, and helpful dog, and she is now in charge of delivering orders with her luggage.

The lovely delivery dog is always accompanied by her handler, but she understands that it is her responsibility to ensure that the package is delivered on time. 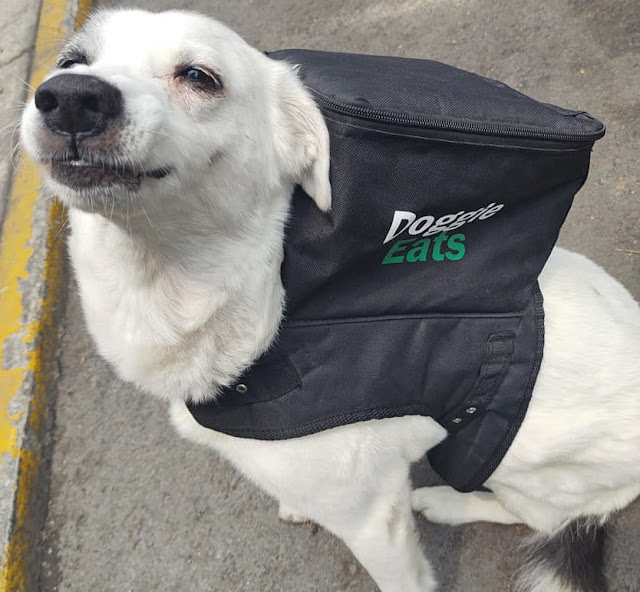 “Friends, this lomiredistributor is already up and running….,” the shelter’s staff wrote on Facebook. She brings the daily croquette to the shelter to show her support for the 160 animal residents… Vegan amvorguesas, chips, and lemon-infused beet water are available… Support small businesses in your neighborhood».

Any’s photos quickly went viral on social media, with the dog even posing in front of the cameras to show off her talent. 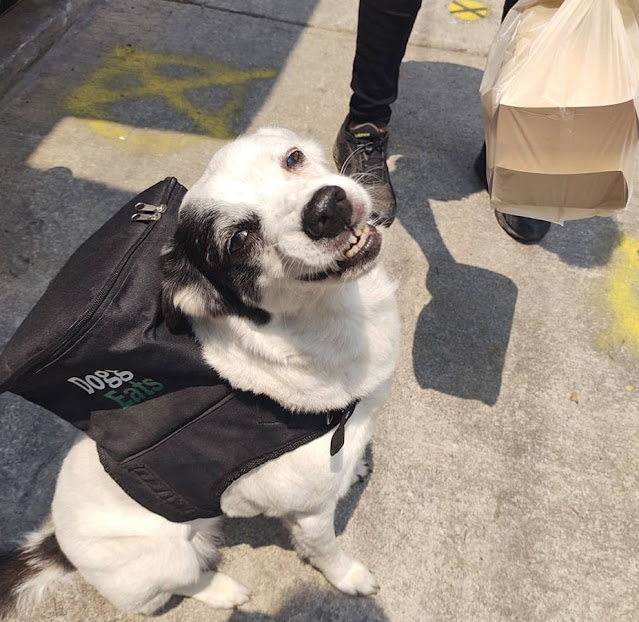 Any has built up such a large online following that she now has an Instagram account with thousands of followers from all over the world.