This shocking story of a puppy buried alive on a Hawaiian beach. Although the abuser with the machete has not been identified, this story has a happy ending. We are delighted to report that this lively dog is now living a happy and healthy life with the caring family who fostered her.

In case you missed it, a passerby on a beach in Oahu, Hawaii witnessed a man wielding a machete burying a puppy alive in broad daylight. He immediately contacted PAWS of Hawaii, and the entire team rushed to the animal’s aid.

The poor thing was sunburned, covered in sores, nearly bald, had cuts on her legs, and was in bad shape. The puppy, now named Leialoha, was rushed to Aloha Affordable Veterinary Services, where veterinarians examined and cared for her. 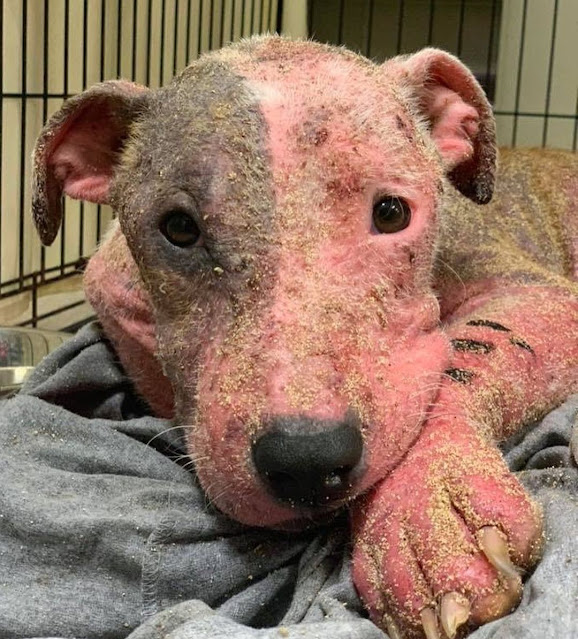 Amanda Krasniewski and her husband are seasoned foster dog parents. It all started while the couple was on their honeymoon in St. Croix. They saw ads asking people to fly adoptable dogs to the mainland in order to increase their chances of finding forever homes. During their journey, they stopped by the shelter.

The newlyweds wanted to bring a dog into their newly formed family anyway, so they figured they might as well adopt one from the overcrowded St. Croix shelter. They selected a puppy named Mocha and flew her home with them. 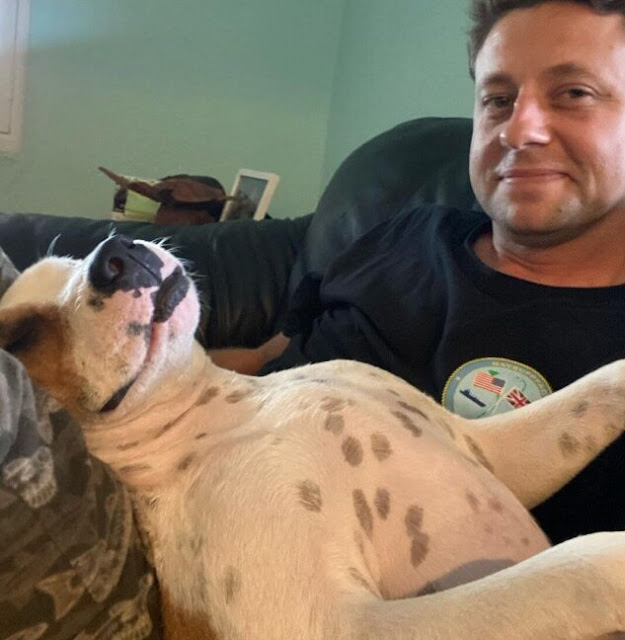 When Mocha was still a puppy, the couple adopted Bruce, a stray Chow Mix. Caring for these two rescue dogs taught them the value of rescuing and fostering. The couple decided to become fosters with PAWS of Hawaii after relocating to Hawaii and have never looked back.

Amanda told us that fostering “has been a wonderful way to save animals while getting involved in the community.” The couple fostered 12 dogs prior to Leialoha. When Amanda saw PAWS of Hawaii’s Facebook post about Leialoha, she immediately contacted the executive director and offered to assist.

The first night was particularly difficult. “She smelled awful from being buried and her skin infections,” she told. She was swollen and red. I attempted to pick her up and move her from the travel kennel to a large dog crate, but she cried. I honestly didn’t know if she’d make it through the night.”

When Amanda went to check on Leialoha, she was overjoyed. “I went to see her the next morning, and she gave me a tiny tail wag.” “I knew she was a fighter and would make a full recovery from that point on.” Leialoha was underweight and exhausted, and she needed time to heal, but she had reached a turning point and was on her way.

Leialoha only came out of her crate to go potty at first. Those first few days, Amanda and her husband spent a lot of time hanging out near the kennel. Leialoha eventually felt secure enough to move from the crate to underneath the coffee table for naps.

Amanda and her husband provided Leialoha with the time and space she required to heal and gain confidence. Within two weeks, she was behaving like any other puppy. “She would play nonstop with one of our dogs, play fetch with my husband, and curl up next to me for a nap,” Amanda told.

Leialoha was going to be adopted by a Big Island family. Unfortunately, one of their dogs became seriously ill, and they were unable to bring a new dog to their family during that time. When the adoption fell through, the Krasniewskis were on vacation.

At the point, Leialoha’s story had received a lot of media attention. After the family returned from their vacation, Leialoha returned to their home, and Amanda’s husband became very attached to her. “We wanted to make sure she went to her forever home and that someone did not want her just because she was “famous,” she told. “We determined that keeping her was the best option.”

Leialoha is living a happy and healthy life thanks to Amanda and her family’s patient and loving care. “She is very high energy and wants to play all day,” Amanda told. She is also loud and insists on your attention, haha. She is, however, a very sweet girl who adores everyone. You’d never guess anyone had ever hurt her.”

Love conquers all, according to stories like Leialoha’s! Our heartfelt gratitude goes to the Krasniewski family, PAWS of Hawaii, and everyone who contributed to this very happy ending!

Share
Facebook
Twitter
Pinterest
WhatsApp
Previous articleThe puppy had already been through a world of pain and wasn’t even a year old
Next articleSad dog buries her deceased puppy, she tries to protect him even after his death and does not leave until she covers everything