The man met this adorable little dog during the Rio Olympics in 2016 while working as a street sweeper and since then an incredible connection has developed between the two, even the little one has his own cleaning company uniform. 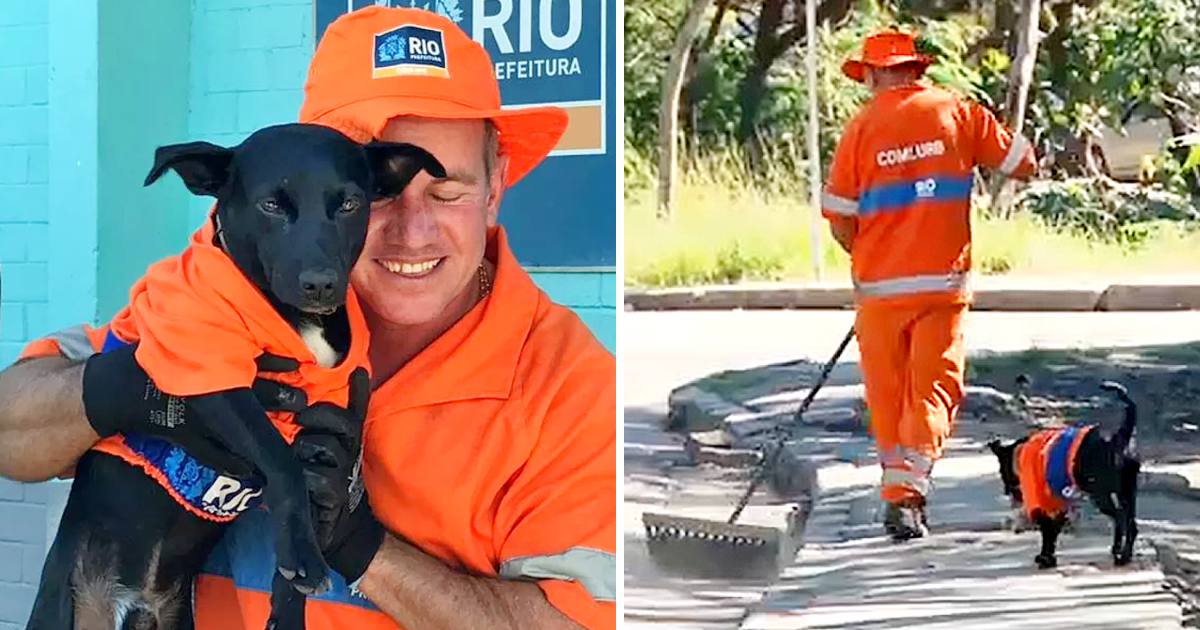 This little dog named Pretinho accompanies Alcenir Aguiar de Oliveira, a man known to his co-workers as Mineiro, through the streets of the Campo Grande neighborhood in Rio de Janeiro dressed as a worker for Comlurb, the municipal urban cleaning company.

Mineiro won an award at the Rio de Janeiro Olympics in 2016, better than any gold medal, it is his faithful four-legged companion. 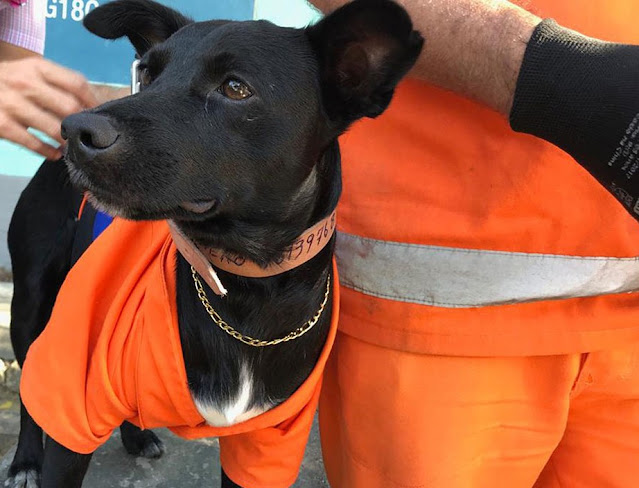 Because of their strong bond, various images of the two were widely circulated on the internet, capturing everyone’s attention.

The man was cleaning the Deodoro Olympic Park in the city’s West Zone when the homeless puppy appeared in his life; he had been abandoned, hungry, and sick, and was hiding in an alley near a service station. 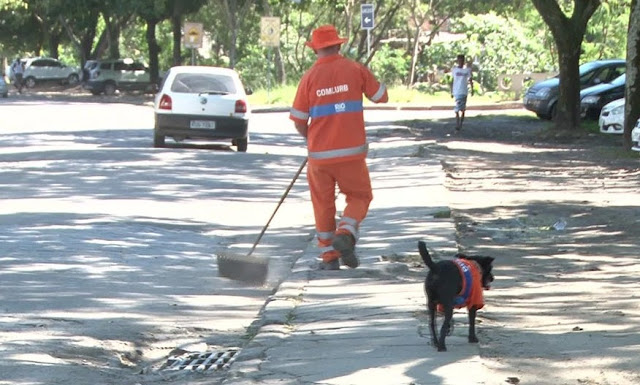 Mineiro decided to take the helpless puppy home and ensure his full recovery, and their love grew over the course of three years.

When Pretinho started going out to “work” with Mineiro, accompanying him while he swept the streets once or twice a week, their relationship grew closer. 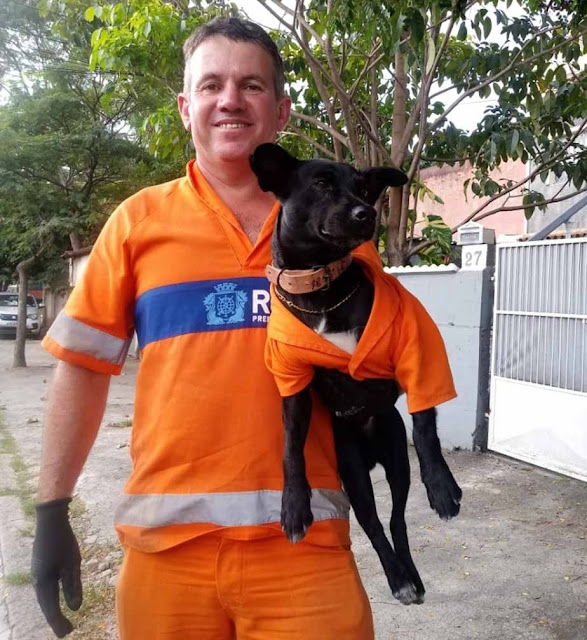 “When I get in the car, he wants to come. He gets desperate. He is used to walking with me and he comes. He doesn’t bother anything, he is quiet waiting for me. If he is tired, he waits for me in the shade ». Mineiro told G1 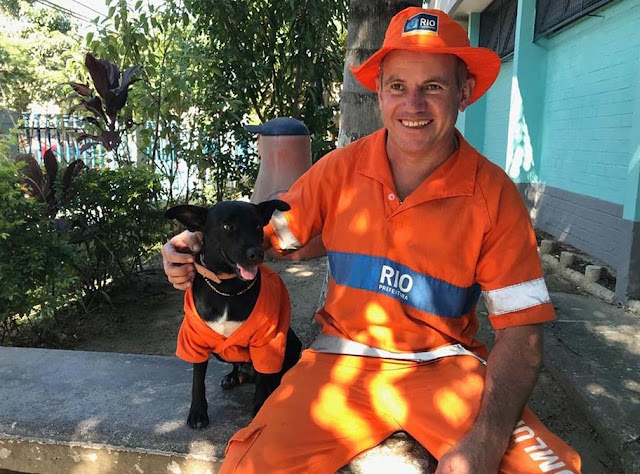 When Mineiro is at work, he ensures that the puppy has access to water and food. His shiny and well-groomed coat demonstrates that he is in capable hands.

Pretinho is one of the most intelligent puppies in this man’s opinion, and he treats him like a son. 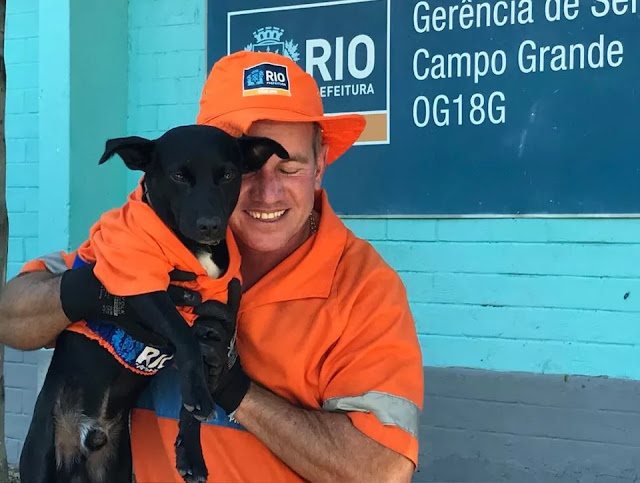 Pretinho managed to be in uniform as part of the cleaning company for about a month thanks to the assistance of a seamstress, and he always steals everyone’s hearts and attention.

Since a photo of the couple walking through the streets went viral on the internet, more people recognize them when they are at work. The man claims to be unfamiliar with the internet and was surprised that this occurred. 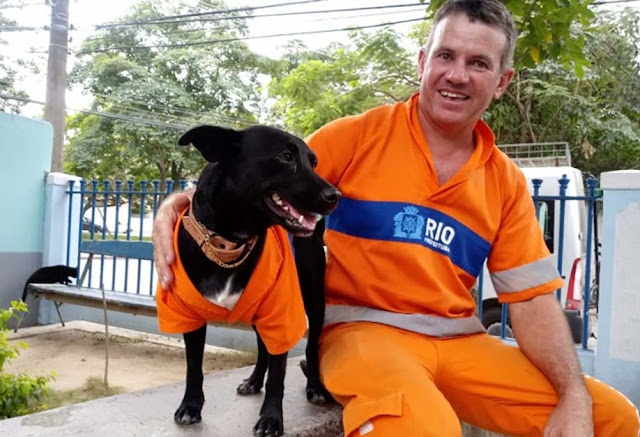 Although the puppy’s fame has made many people want to take photos while they work, he refuses to leave the dog at home, because being by his side makes him happier, it gives him peace of mind. Mineiro insists that Pretinho is everything to him and his complete joy.

Share
Facebook
Twitter
Pinterest
WhatsApp
Previous articleAbused Dog Was Rejected For His Appearance For Years, Finds A Family That Loves Him As He Is
Next articleElderly Sick Dog Spent 10 Years In A Shelter, Near The End Of His Life Gets A Forever Home