Gorgi was a homeless dog that wandered the streets of Bayamón in Puerto Rico, he arrived at a police station and stole everyone’s heart, now he is a surveillance dog. 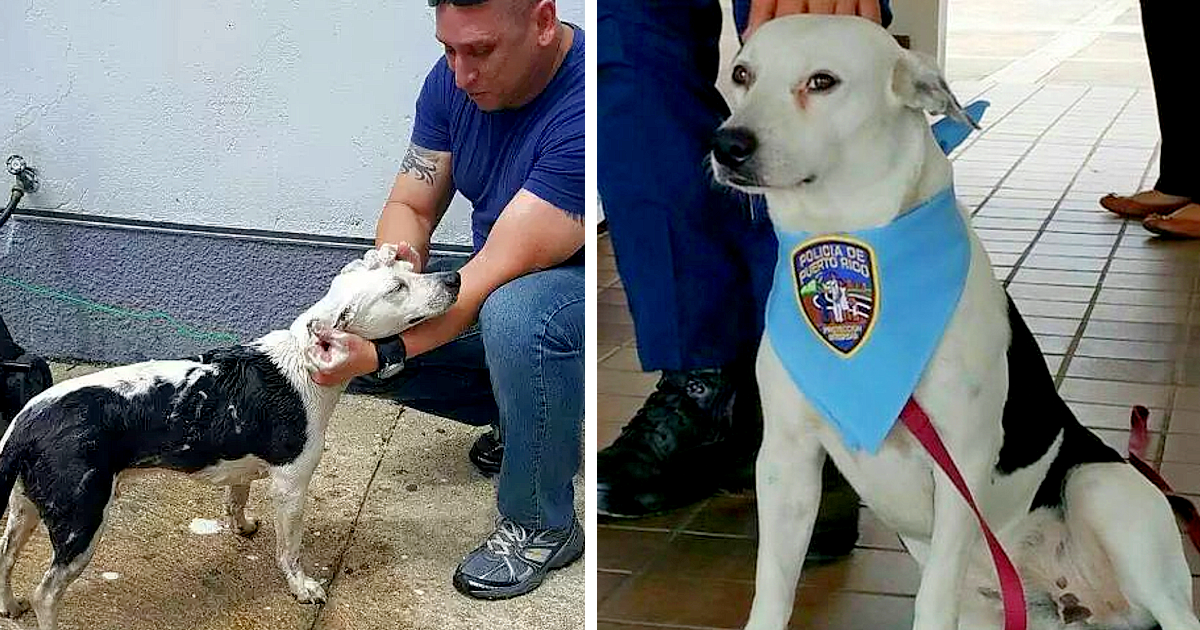 Often the only thing that stands between a stranger and a new best friend is the lack of a proper introduction. In this case, a dog named Gorgi arranged the meeting that changed his life and the lives of everyone who knows him.

Gorgi arrived at a Puerto Rico Police command center in the city of Bayamón one afternoon . Despite hints that he had a troubled past, the officers stationed there were taken aback by how friendly the stray dog was.

“He was in bad shape, malnourished, and clearly abused,” Sgt. Tony Montesinos tells The Dodo.

“He approached, terrified, looking for affection and protection. We gave him food and water that evening, and after he ate, he stayed with us for a while before leaving.”

But this soon proved to be more than just a random encounter.

The next day, Montesinos says, Gorgi was back.

The officers decided to rescue Gorgi from the streets after seeing how insistent the dog was on being around them and enjoying every moment of his loving company. They even pooled their resources to get him to the vet for a checkup.

With that, the former stray was unloved no longer.

Given that Gorgi had come to regard the station as his home and the cops as his friends, it only made sense that the dog get a job on the force – working as the station’s surveillance dog.

The dog’s position, on the other hand, appears to be one of honor.

Perhaps more than anything, Gorgi’s role is that of a trusted companion and comforting friend to the officers who spend their days on the job.

Gorgi was recently included in a study to see if having an office dog reduced stress at work. Of course, his colleagues confirmed it.

Gorgi clearly enjoys his new job, but perhaps most importantly, given his lonely past, he enjoys finally being a part of a family that is always there for him.

“Everyone loves him,” Montesinos says. “He’ll have everything he needs for the rest of his life.”