Home Rescue Dog Starved And Thrown Out Of Car Finally Gets A Second Chance...
Rescue 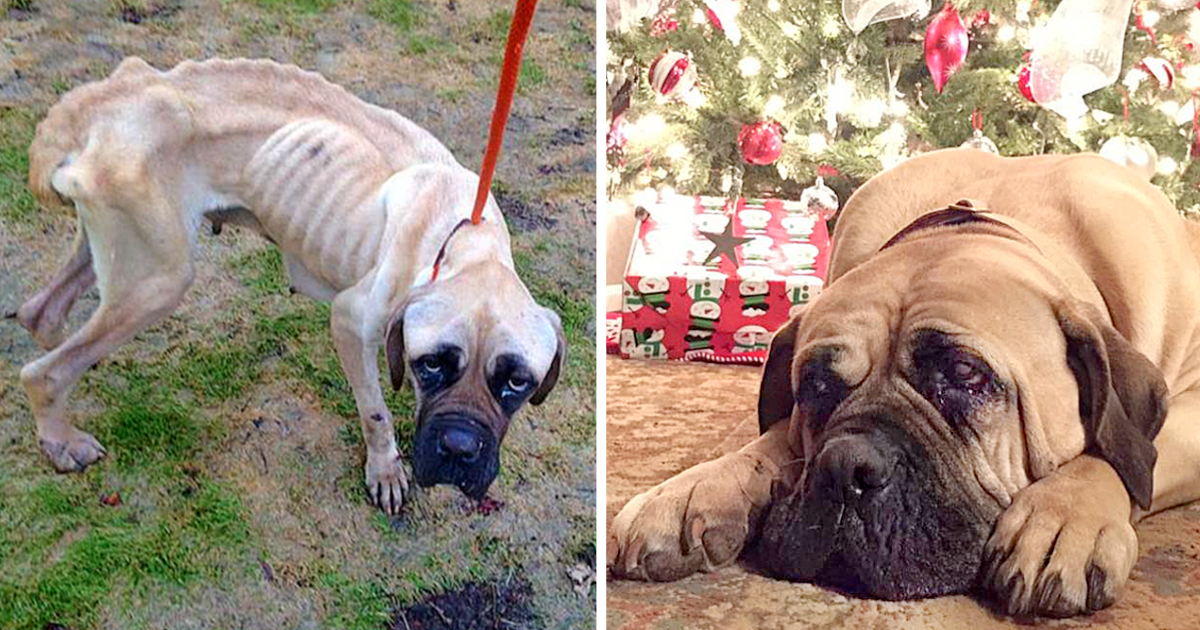 All Violet ever wanted was to be a good dog so her family would love her. But despite her loving heart and sweet personality, Violet’s family treated her cruelly and with no regard for her safety, wellbeing or feelings.

Violet received nothing but neglect, and her family eventually decided to reject her completely. They put her in their car, drove down a road in Clinton, Maryland, and pushed the terrified mastiff out the car window. 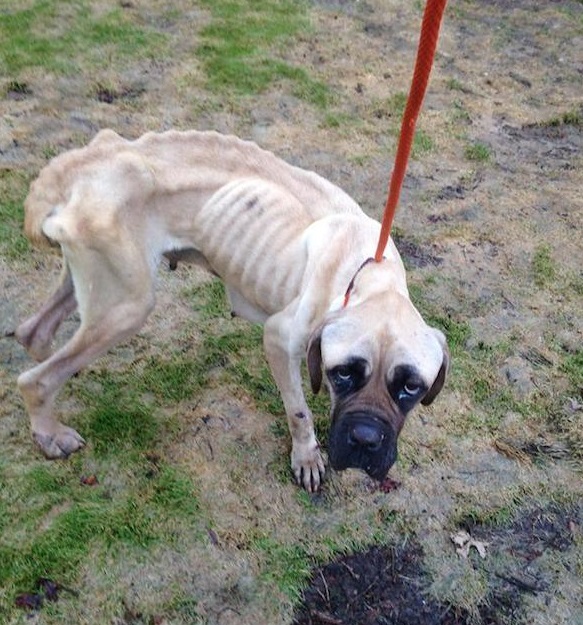 A stranger driving down Clinton Road was surprised to see a large dog flung out the window of a car like an empty soda cup. They immediately stopped and rushed to help Violet who was then brought to Prince George’s County Animal Control. 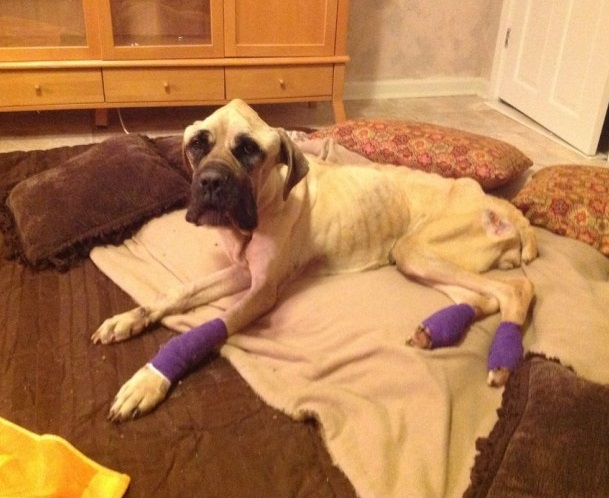 Violet was taken in by animal control and given to Mutts Matter Rescue, who wanted to help the poor, abused pup in any way they could. Violet had not only been dumped from a car, but she was also extremely thin and had clearly been starved for a long time. 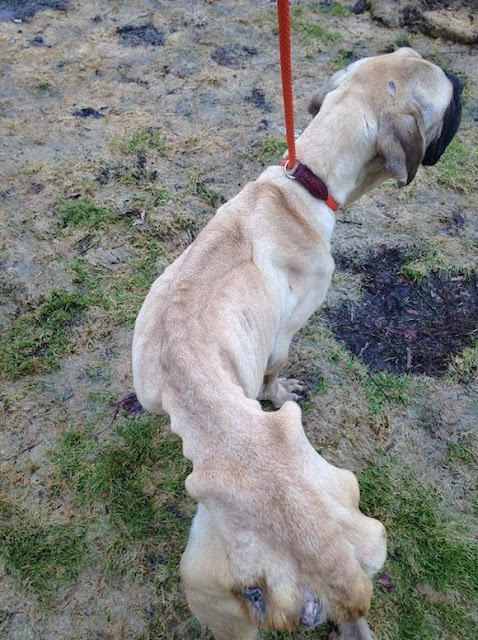 Violet was placed in the care of Mutts Matter Rescue volunteer Debbie Gretz, as Gretz had worked with abused and dangerously underweight dogs before. Gretz’s heart broke for Violet, and she couldn’t help but cry when she first met the poor pup and saw the terrible condition she was in. 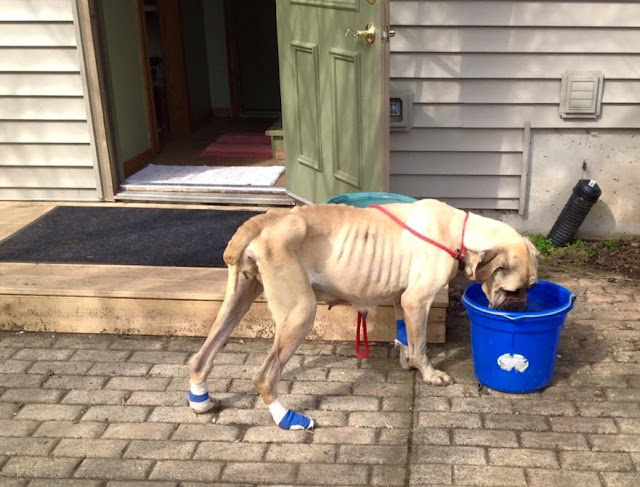 Gretz knew she had to help this pup reclaim her life and provide her with the love and care she had been missing for so long. So much of the poor pup’s life and dignity had been stolen from her, but Gretz was determined to make sure that she’d at least get a bright and happy future. 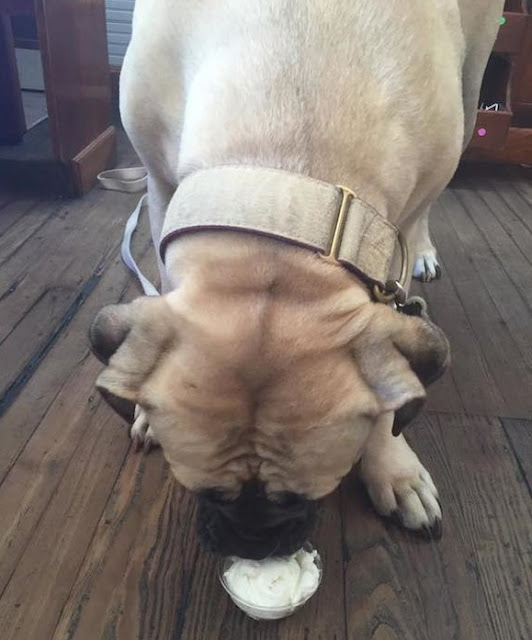 Violet was severely malnourished, weighing only about 60 pounds, and covered in nasty pressure sores that needed to be cleaned and bandaged. When Gretz hugged her, she could feel every bone in the poor mastiff’s body, and her bloodwork showed the usual complications that follow starvation.

Violet’s pressure sores were assumed to be the result of her spending a significant amount of time chained up, and her rescuers speculated that she was kept locked up and used for breeding. 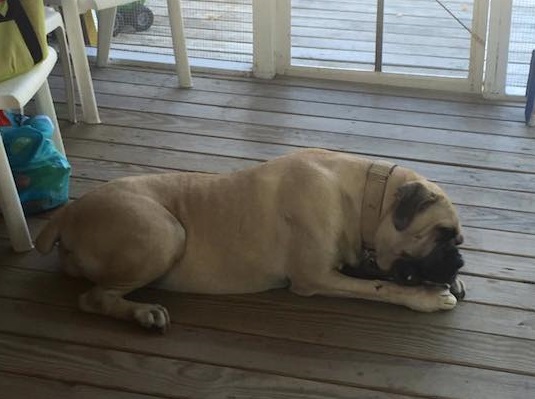 Violet, despite her ordeals, had maintained her faith in humanity. She quickly grew to adore Gretz, and would regularly come and rest her head in Gretz’s lap to show her love and gratitude. 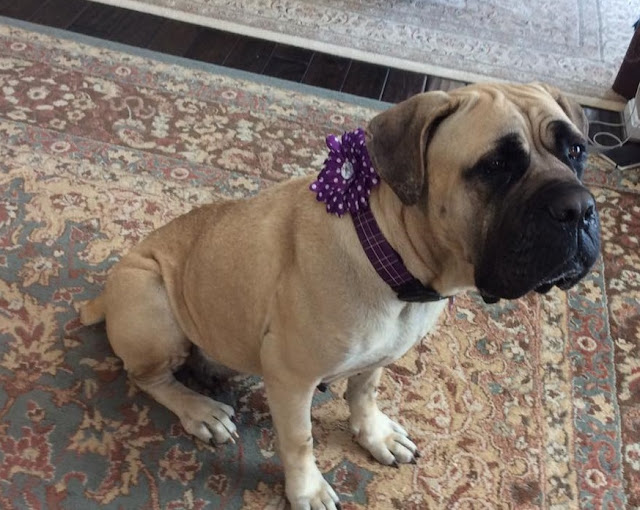 Gretz fed Violet five small meals per day, and she gradually became healthier and stronger. She learned to walk up the stairs by herself and gained enough energy to go for walks and play with her friends. Her pressure sores healed nicely, and hear weight increased.

Violet appeared completely transformed after a few months. She’d gone from a shocking 60 pounds to a lovely 138 pounds, and she was beaming with joy. The road to recovery was long and not without struggle, but thanks to Gretz love and hard work Violet was able to thrive. 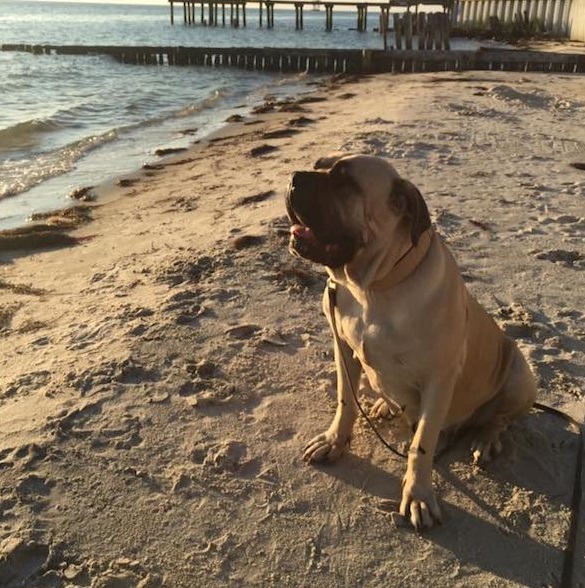 And Gretz didn’t just help her recover physically. Violet received all the affection and security she had never received but had always craved and deserved. 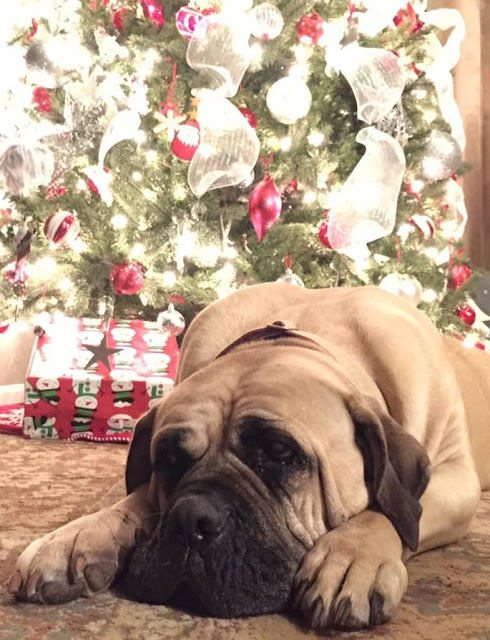 Violet has transformed from a scared and heartbroken skeletal shell of a dog to a bright, loving, and happy pup who loves her life and her family and has everything she needs to be safe and healthy thanks to Gretz.

The beautiful, affectionate pup has gotten a new shot at life and she is savouring each and every moment of it.

Share
Facebook
Twitter
Pinterest
WhatsApp
Previous articleSitting Next To Her Dying Puppy, She was Crying Not Knowing What To Do And Begging Everyone Was Passing And No One Stopped To Help Them
Next articleHeartwarming Story, The Girl With One Arm And The Three Legged Dog Grown Up Together As Best Friends And Overcome Their Handicap