A white pit bull was rescued from a house where he was kept going through different calamities. The poor little dog weighed less than half of what he should have for his age, but his nightmare is finally over, thanks to the tireless efforts of a group of well-known rescuers in Brazil.

The pit bull also had signs of having been exposed to abuse. 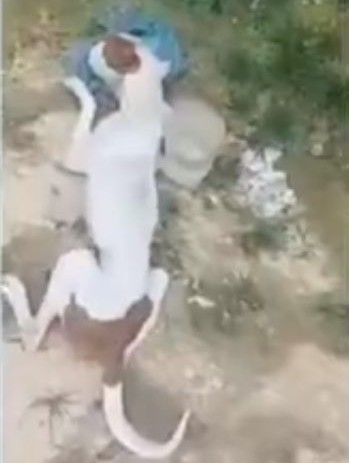 A puppy of about 2 years was rescued from a house in Betim, in the Metropolitan Region of Belo Horizonte (Brazil). The poor animal, with a sad and lost expression, lay on the ground without hope or energy, as if waiting for its end.

But life had a new opportunity in store for him.

The pitbull weighed only 12 kilos, when the normal weight of an animal of that breed and age should be 30. In addition to negligent feeding, the furry one was the victim of various mistreatment, which prompted one of the neighbors to report what was going on on the property. 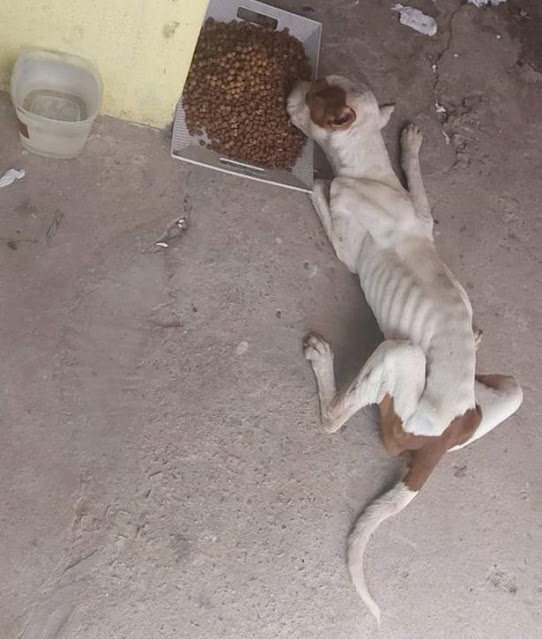 Faced with so many unfair treatments against animals, the least we can do is help them and for that reason the rescue brigade of the Superintendence of Animal Protection (Sepa) of Betim, together with the Municipal Guard, acted immediately.

The good Samaritan who cared about the pit bull not only reported him, but also wanted to help him on his own.

“We received information that there was a very skinny dog ​​in the house , who could not get up to eat. “A neighbor jumped over the wall, put food in it, and the animal ate while lying down,” Sepa resident Roberta Cabral explains. 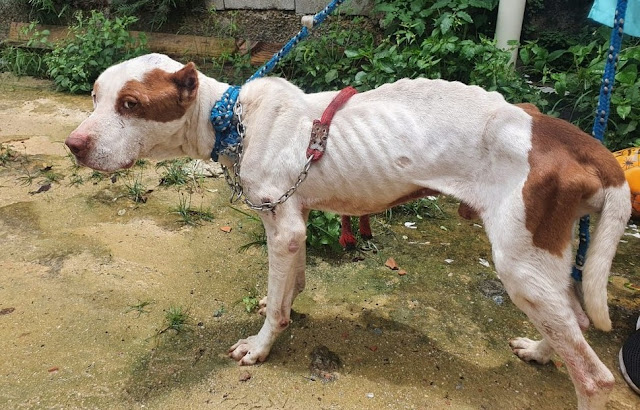 The little animal was dehydrated and urgently needed veterinary help, so when he was rescued from the house where he was kept tied up, he passed into the hands of the volunteers of “Projeto Adote Pitbull”.

Apparently, what was behind the furry’s so much suffering was a case of gross negligence since no one lived on the property. And it was even less in charge of Odin (that was what they called him).

The furry one was left as a warning to take care of the place, enslaving him to hunger and suffering. 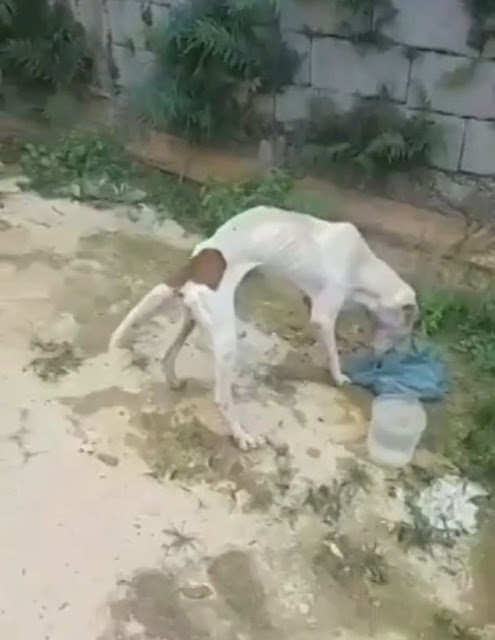 This is how Lus Felipe Garca, a member of the Adote Pitbull Project, put it.

“But she went there, put the dog in, fed him for the first few days and then he never came back ,” Garcia said. 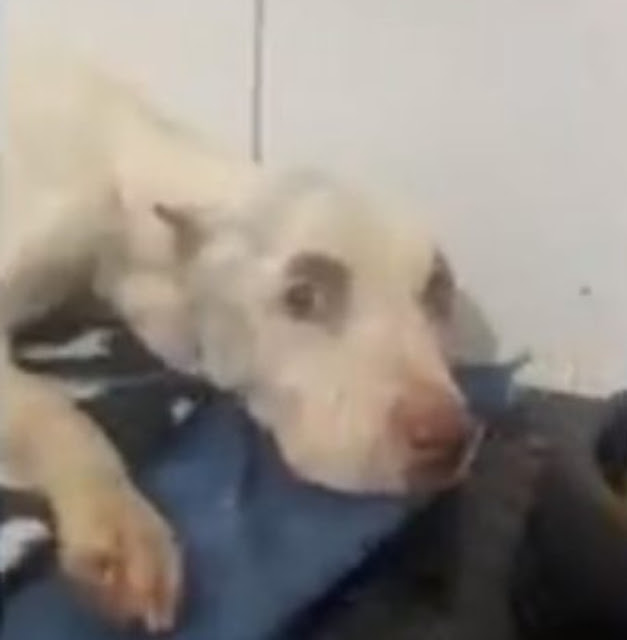 Luckily the puppy fell into good hands and in just weeks he has recovered from those bitter days that he had to live. The project’s volunteers have been in charge of watching over him, feeding him, and, most importantly, showering him with love.

The good news in this case is that, despite the bad experience the puppy now known as Galego had, it turned out to be quite friendly.

He is just a puppy and fortunately he was able to quickly overcome everything he had experienced in that empty house. 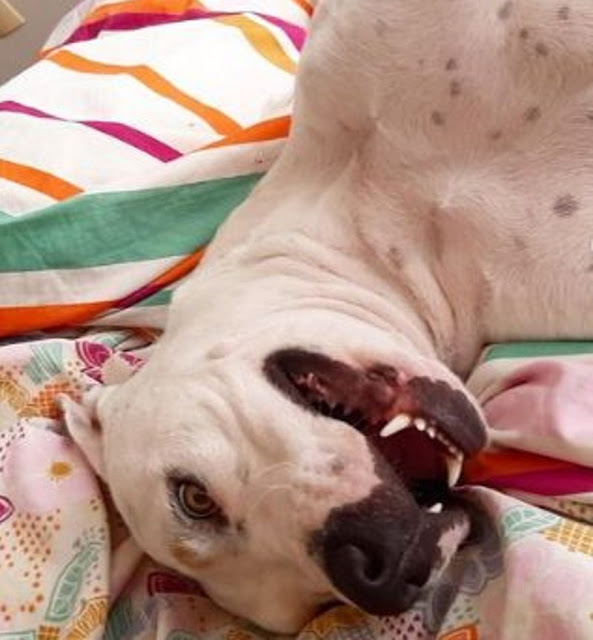 “Today we come here to show our before and after of Galego, who was tied to a post with signs of abuse , in addition to being malnourished and anemic, he was sent to our kennel.

“Galego received a lot of love and affection in addition to getting a new home! And today it is there to show that we are stronger together!” They penned. 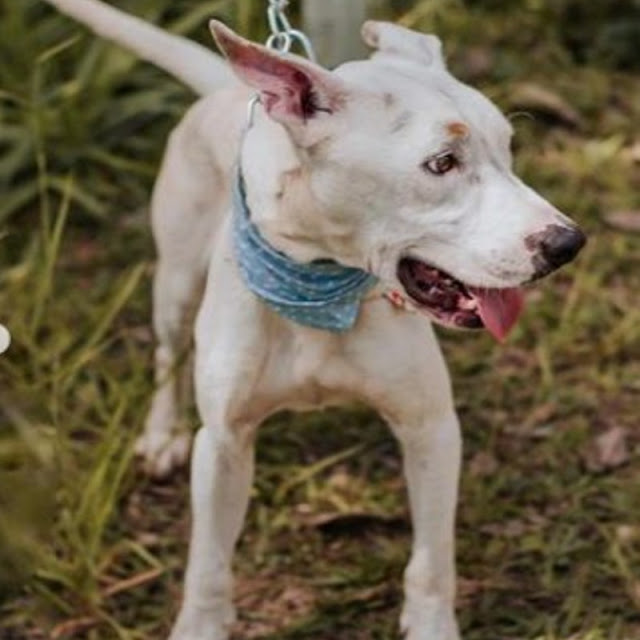 In cooperation with the Projeto Adota Pitbull, these people work hard to fully rehabilitate the noble animal, and find him a responsible and loving family . Without a doubt, this friend is living the life he has always deserved, and his caregivers love him as if they were his true family.

Thanks to those anonymous heroes who turn the screw on the fate of so many defenseless animals like this puppy.