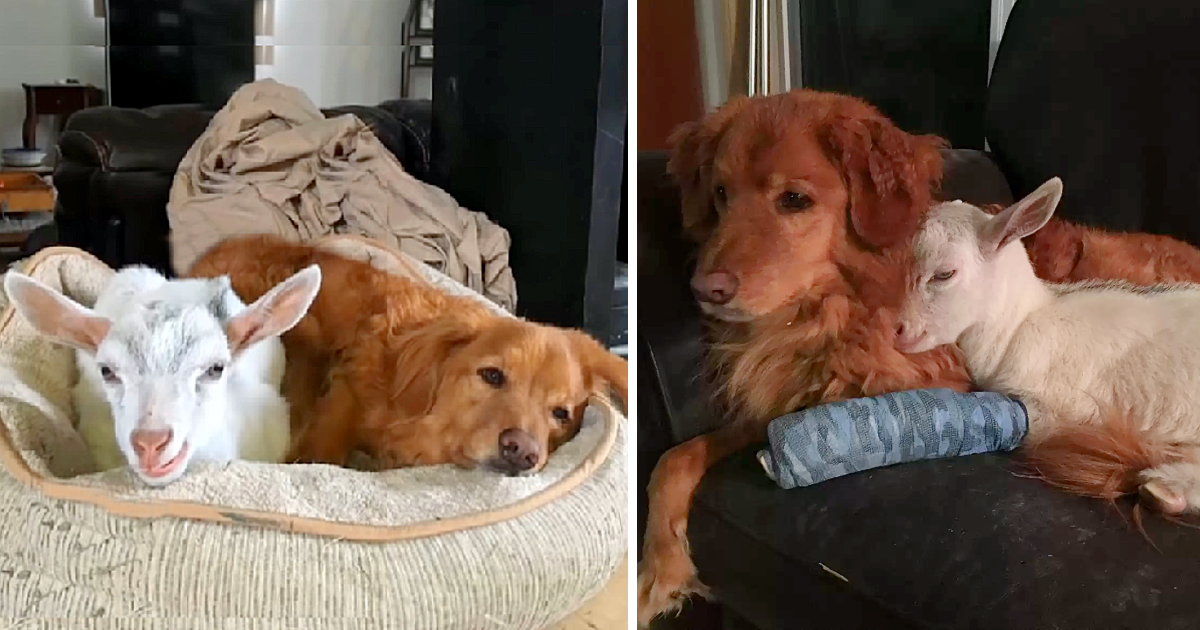 Loyalty is one of the noblest traits, but not everyone has the pleasure of having a loyal friend during difficult times. Pets are the best example of unconditional love because they show it regardless of flaws, and their companionship can alleviate any mental or physical stress. 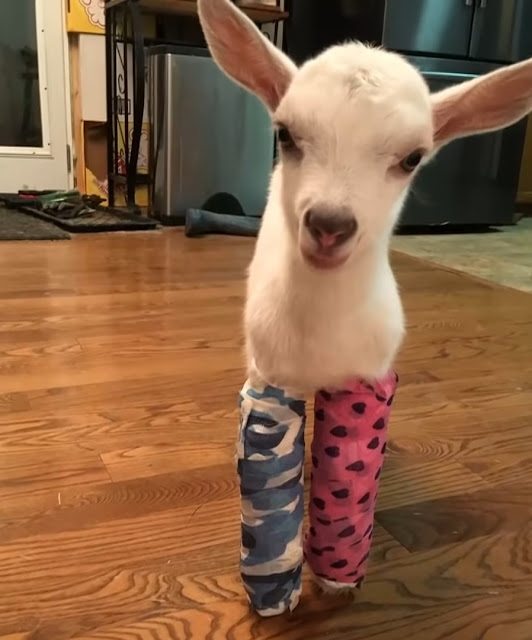 The connection between a goat and a retriever at the Black Goat Farm refuge in Ontario is among the most heartwarming examples of friendship in nature. Arnold, a young white goat with crooked legs, was born on a farm in Canada. 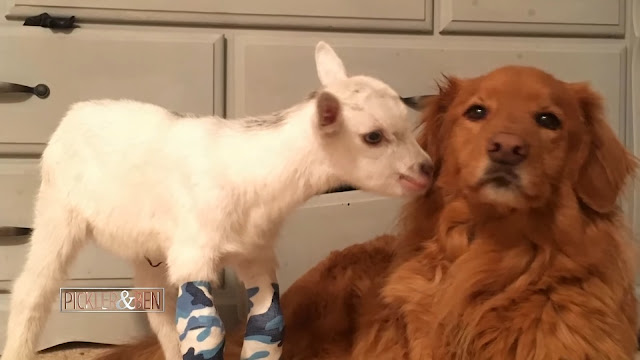 “It had constricted tendons, so it was going to be difficult for it to stand up for any length of time,” said Megan Mostacci, co-founder of the sanctuary. 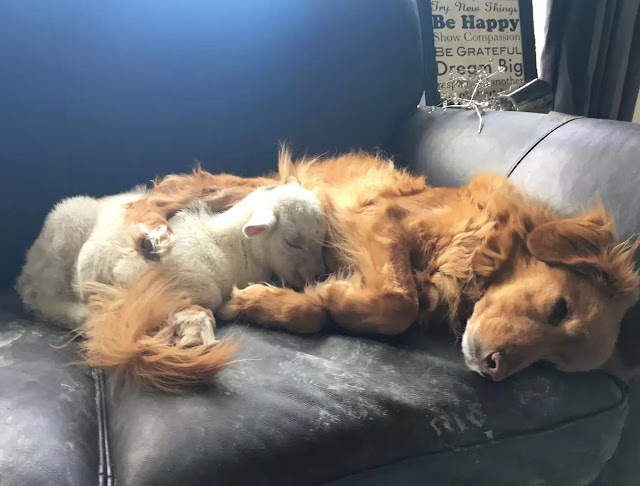 When Arnold arrived, he started physical therapy to strengthen his weak tendons and had his fragile legs fitted with a one-of-a-kind splint.

According to Mostacci, the splint was removed for his comfort at noon and before going to bed. “We did exercises twice a day, attempting to keep his legs as straight as possible.” 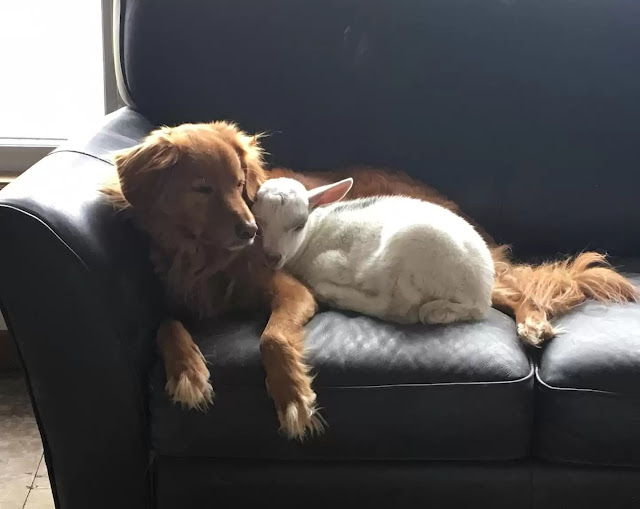 Arnold’s recovery would be slow. He seemed to intuitively understand that experiencing something so difficult would be better when surrounded by love and affection. That’s how he met Drake, the refuge’s watch dog. 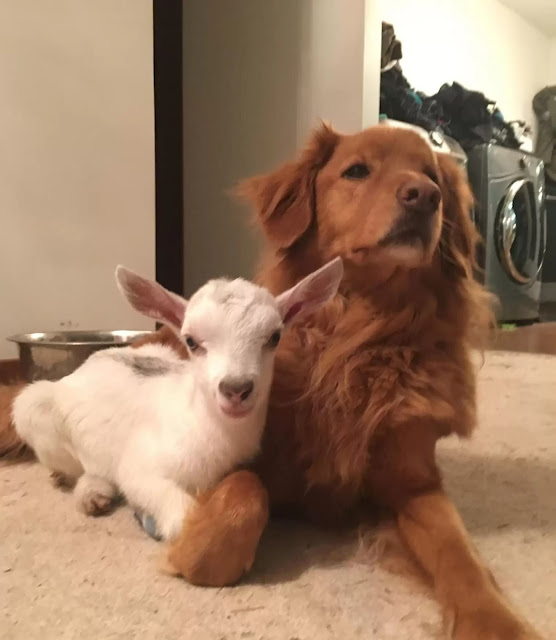 Their mutual enjoyment of spending hours relaxing on the couch appeared to be the foundation of their connection. Arnold’s lopsided legs made this exercise a perfect fit for his way.

Mostacci described Drake as a slow dog. Because of his splints, Arnold was “a tired soul, so he didn’t seem to mind being a lazy youngster.”

Arnold started to grow in size over time. His muscles grew stronger to the point where he no longer needed the splint to support himself, his legs improved, and his movement appeared to be normal. Drake undoubtedly noticed the change. 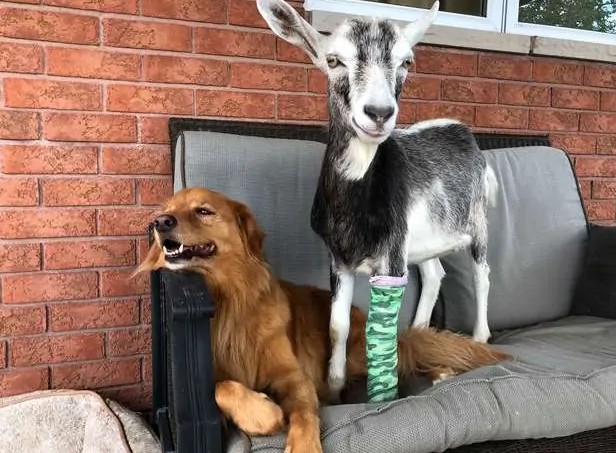 The lady claimed that Arnold “played with Drake, climbing on his back and he didn’t appear to worry about his friend’s weight.”

Arnold’s girth made it impossible for him to keep teasing Drake in that way as his hair began to get darker. As a result, he started preferring to play in the yard to napping on the couch.

Share
Facebook
Twitter
Pinterest
WhatsApp
Previous articleAfter Completing His Mission, Retired Military Dog ​​Is Adopted By His Trainer, They Love Each Other
Next articleShe was left on the street, dragging herself under raining and frozen begging for help to live