Home Adoption After Completing His Mission, Retired Military Dog ​​Is Adopted By His Trainer,...
Adoption

After Completing His Mission, Retired Military Dog ​​Is Adopted By His Trainer, They Love Each Other

A military dog who made a beautiful bond with his handler, went to live with her after he will retire and will now live his life full of love and new experiences. Dogs serving in the military or police do very important work helping their human companions, forming very close bonds with their handlers or handlers.

Senior Airmen Jenna teamed up with a Military Working Dog named Akim in 2020, with the two serving together in South Korea ; their relationship was so direct that they created ties because the two were in good and bad times. Jenna knew right away that this dog was the one she managed in her life, so she planned to adopt him after he finished his military service, and that’s how it happened, this dog retired, and thanks to a collaboration, they were able to reunite the inseparable couple.

According to a press release from American Humane , Jenna partnered with Akim in 2020 while they were in South Korea. This pup was responsible for detection and patrolling, which included searching for vehicles and patrolling the base to keep Jenna and her fellow soldiers safe. As expected, the two became close over time. 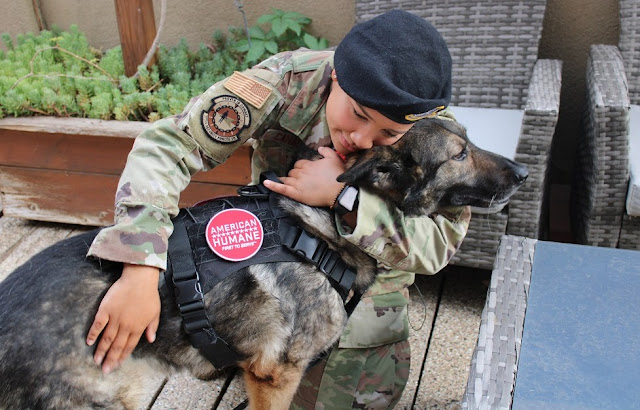 But it was after an accident that these two managed to realize that they were meant to be together, as Akim accidentally swallowed a bee and had a severe allergic reaction; Worried about her furry friend, Jenna took him to the vet and was with him the whole time, spending the night by her side.

Although Akim lost his sight for a time, he was able to return to service once his vision returned, but he had the support of his best friend, because they appeared closer, and the soldier was always aware that nothing happened to him. Jenna knew she needed this smart little dog in her life after that.

“I don’t worry about myself. I worry about my dog. I just wanted to make sure he was as comfortable as possible,” he told American Humane.

Military dog reunites with his handler to live with her forever

After he became a soldier, he stated that he wished to see his dear friend again, and that day arrived. American Humane helped Jenna transport the recently retired military dog from South Korea to Albuquerque, New Mexico, a 6,000-mile journey. 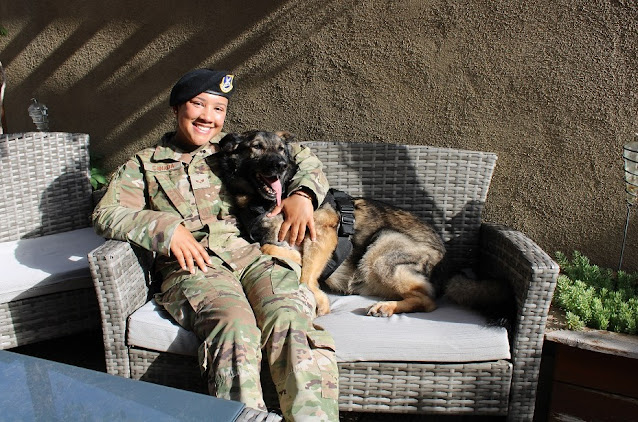 The photos are really charming, since it is seen that the meeting was most friendly and moving; The two were happy to see each other.

This morning, retired MWD Akim and Senior Airmen Jenna were reunited at long last. American Humane facilitated the transportation of MWD Akim from South Korea all the way to New Mexico, and into SrA Jenna’s loving arms. We will also provide for Akim’s lifetime of veterinary care. pic.twitter.com/f9ZbYmFvol

“I want him to experience the freedom of life. I want him to go to a river, go swimming and just live his best free life. He still deserves to travel the world and have some fun,” Jenna added.