Life Of This Neglected Stray Dog Is Changed Forever, After He Interrupts A Football Game

A friendly dog ​​who earned his minutes of fame by interrupting a soccer game in Bolivia is adopted by the player who helped him. Normally, only athletes are seen in football games performing tricks with the ball and working as a team to win, but a dog that interrupted a game stole the attention of all the spectators.

While a soccer game was being played between the teams of The Strongest and Nacional de Potosí, at the Hernando Siles stadium in La Paz, Bolivia, a stranger stole the show. A homeless dog entered the field of play and caused quite a stir because he had a shoe in his mouth that he had stolen from a substitute. 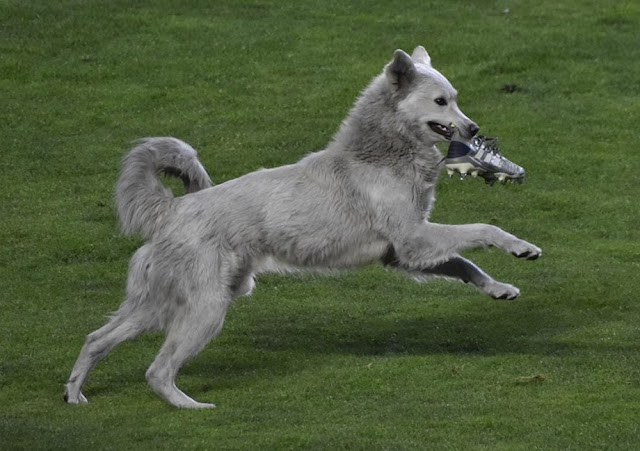 The dog, known as “Cachito”, apparently wanted to show the players the sports loot, but the soccer players tried to stay focused on the game.

However, in a short time the dog ceased to be ignored, since his walk around the field avoiding the referees and the players, caused the game to stop. The puppy, pleased with the attention he had received, decided to lie down on the pitch and began enthusiastically chewing on the shoe. 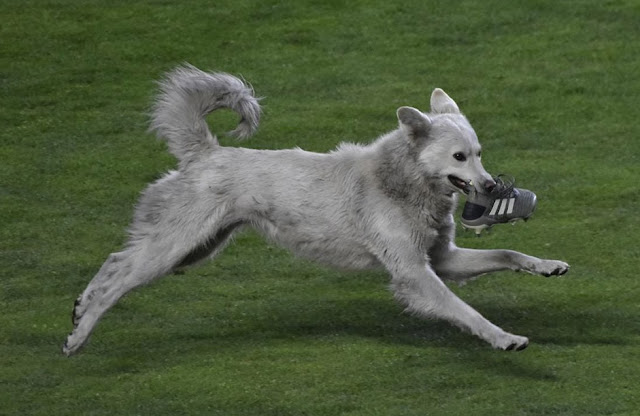 Game commentators had to mention how cute the pup was, and he was the game’s star within minutes.

Cachito had undoubtedly achieved a few moments of fame, and he didn’t want to squander them; instead, he wanted to share his joy with everyone.

When some players approached Cachito to try to catch him, the dog turned around on the ground and received a lot of petting.

Cachito then allowed a local team player, Raúl Castro, to pick him up and carry him off the field so that the game could continue. 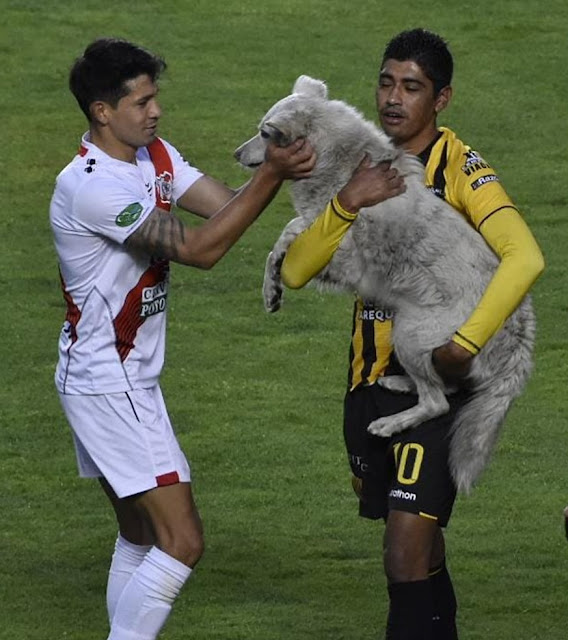 The friendly pooch not only won football fans’ hearts, but also served as a lucky charm for the local team. Since The Strongest won the Christmas Eve game 3-1. The audience was pleased with the outcome and with Cachito. 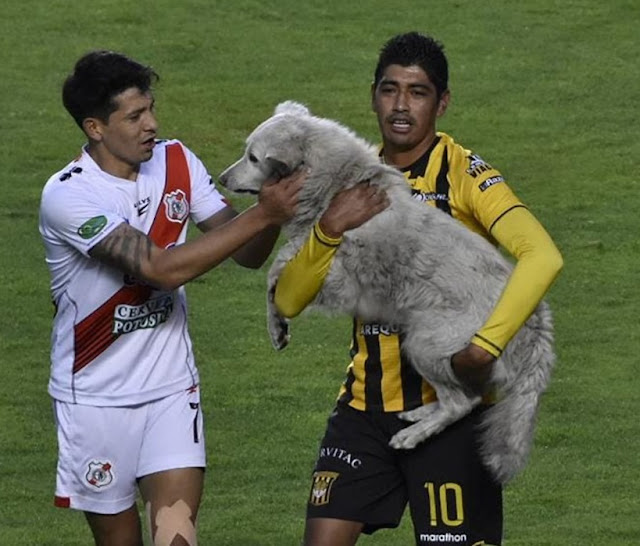 No one knew what had happened to the star of the night, until a few days later, a news story appeared on social networks about the friendly puppy. Unfortunately, Cachito was found in the city center, beaten and in poor health after being hit by a vehicle.

The person who found him made the post on Facebook , in order to find help and they quickly responded to the call. 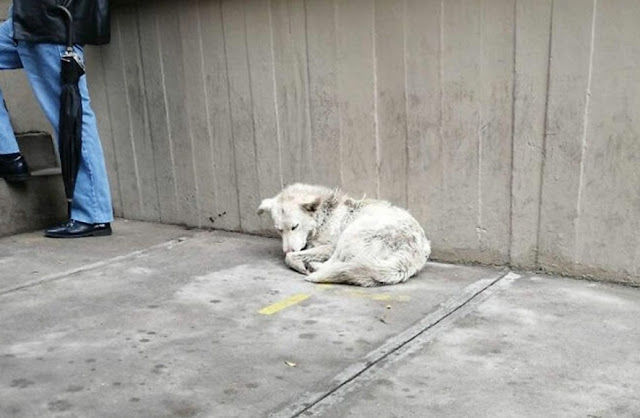 Mayra, a rescuer from the animal shelter ” Ni Una Patita Menos “, went to the site, and took the puppy to the shelter to be treated. 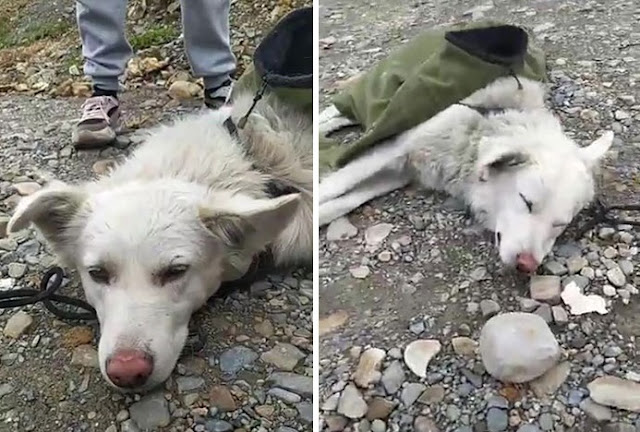 Mayra told El Potosí :“We saw this individual’s post. When we arrived, the boy who published told us that he saw how he was run over and threw himself on the ground as a result. He is currently sleeping. We require veterinary assistance.” 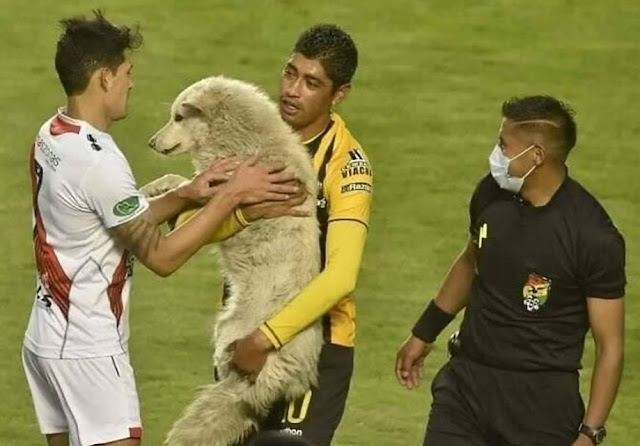 In this way, Raúl Castro, the player who had taken Cachito off the pitch, found out about the sad news. The man did not hesitate to contact the shelter and assist the puppy; he also paid all of the vet bills and decided to adopt him. 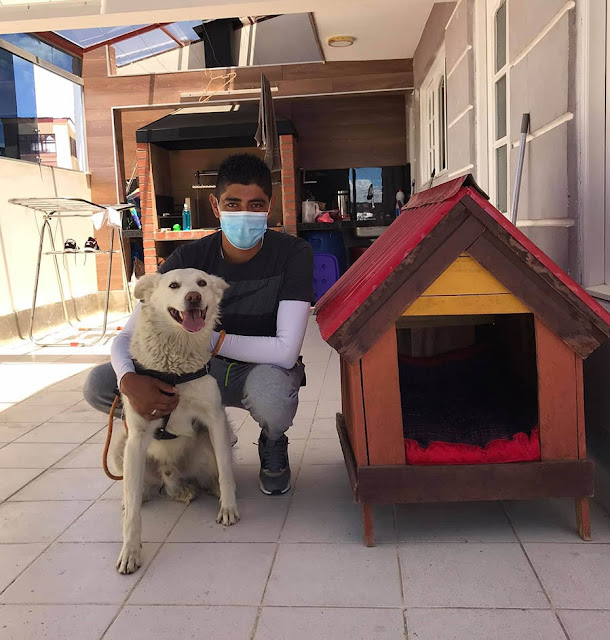 Cachito not only stole a few minutes of fame from a soccer game, but he managed to steal the heart of his beloved savior, becoming a champion.

Share
Facebook
Twitter
Pinterest
WhatsApp
Previous articleDog Hit By Car While In Labor, Gives Birth To ‘One Heck Of A Miracle’
Next articleAfter they promoted him on social media for adoption, people started making fun of his appearance, and creating memes based on his look