Home Adoption Boy Saved A Puppy, Took Him To The Vet With His Savings...
AdoptionHeartwarming Story

Boy Saved A Puppy, Took Him To The Vet With His Savings And Adopted Him

At just 7 years old, this boy saved a dog that was being abused by other older children, rescued it, took it to the vet and adopted it. Nicolás is a seven-year-old boy from Rosario, Argentina. He was riding his bike when he noticed other children between the ages of 8 and 12 torturing a puppy and threatening to drown it. The boy, who rescued a defenseless dog, has been hailed as a hero.

Without hesitating for a moment, even though the aggressor children were older than him, he asked them to stop beating him and ran home for help. He informed her mother, and together they rescued the puppy. That day, Little Nicolás became a great hero.

Nicolás’ feat quickly went viral on social media, and within a few hours, over a thousand people on Facebook had shared the news of what had happened, asking for adopters for the rescued puppy. This is how the news spread quickly in the local media.

Boy rescued a dog, took it to the vet, and adopted it

Gisela, Nicolás’s mother, told Infobae “We didn’t think this was going to have such an impact. When I contacted my cousin (who is a protectionist) to make the publication, the intention was to find an adopter for the puppy. I called her and told her what had happened, and she told to tell me everything I had told her… It was amazing! This happened around noon and by the afternoon he already had a lot of shares and many people offering to adopt him.

Nicolás was congratulated by the hundreds of social network users who began to be interested in the puppy they called Esteban. 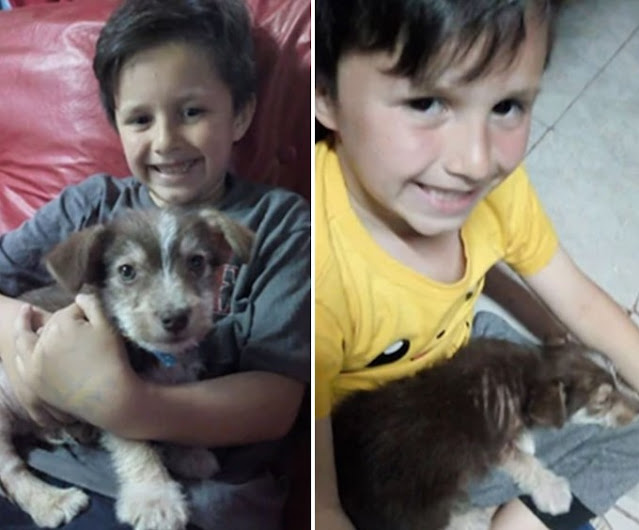 Nicolás said «I was riding my bike until I saw two guys with the puppy, they had it in a box. Then he was thrown into the ditch, counted to three, and kicked. They wanted to drown him. I called my mother for assistance, and she took it. We brought him inside and bathed him.”

Gisella said “They were ready to kill him! They would have killed him if Nicolás had not intervened».

But Nicolás’s good deed did not end there: with his own savings, the boy took Esteban to the vet to have him checked out. 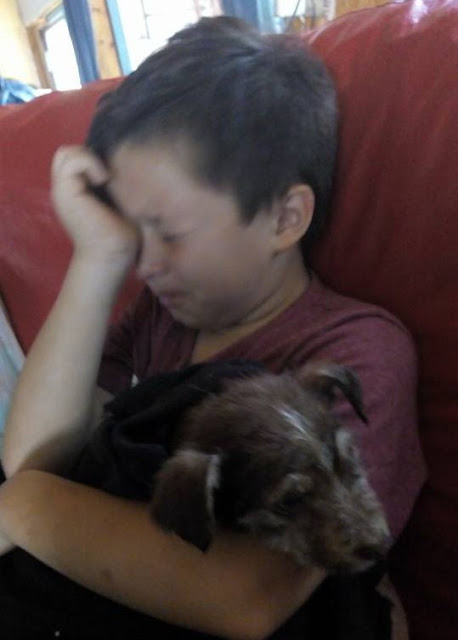 The puppy, who is now very grateful to Nicolás, does not stop following in his footsteps and waits for him every day when he comes home from school to play with him. And because the boy had always wanted to keep the dog, they eventually decided to keep him. The family also has a cat and another dog.

Gisella said “From the beginning Nico wanted to stay with him. Esteban will remain with us.” 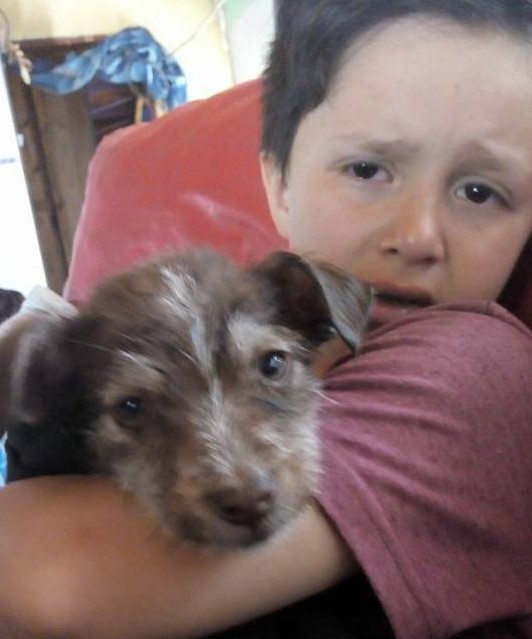 Nicolás said “I am very, very happy because he stays with me. When my sister arrives, we’re going to play with him, then we’re going to move and take him with us». 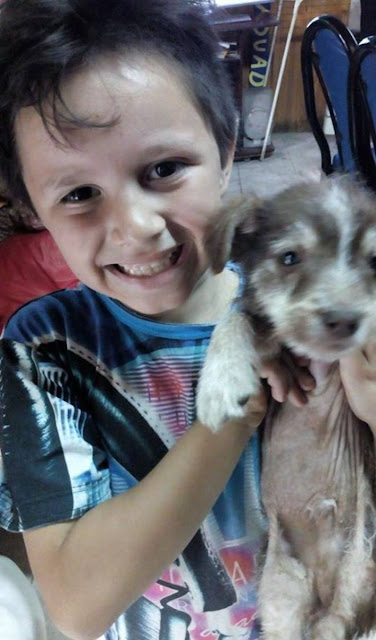 Giselle added “Since he was little he liked dogs. He approaches and pets them whenever he sees one. When he started to do it, out of fear of us, we told him not to do it because they could bite him, but not only that he didn’t pay attention but also that the dogs played with him. We explained to him that he had to approach slowly so as not to scare them because he wanted to pet all the dogs, so what he did with the puppy did not surprise me because he likes them very much».

In addition to the people who congratulate him on social media, the school is also very happy with Nicolás’s heroism. 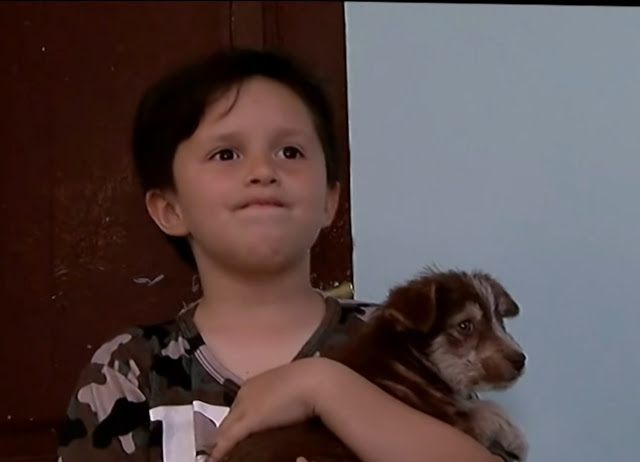 He said “When we were about to leave school, the director said that they made me a note and told what happened. The drawing ‘lady’ arrived and presented me with a drawing, a ball, and a bag of goodies containing chocolates. They congratulated me and told me of everything… “I really enjoyed it!”

Nicolás is an exemplary human.