Home Rescue Abandoned Puppies Refuse To Move From Where They Were Left, They Thought...
Rescue

Abandoned Puppies Refuse To Move From Where They Were Left, They Thought They Would Come Back For Them

After being dumped by a car near a train track, this poor dogs wandered the site for a week without food or water. 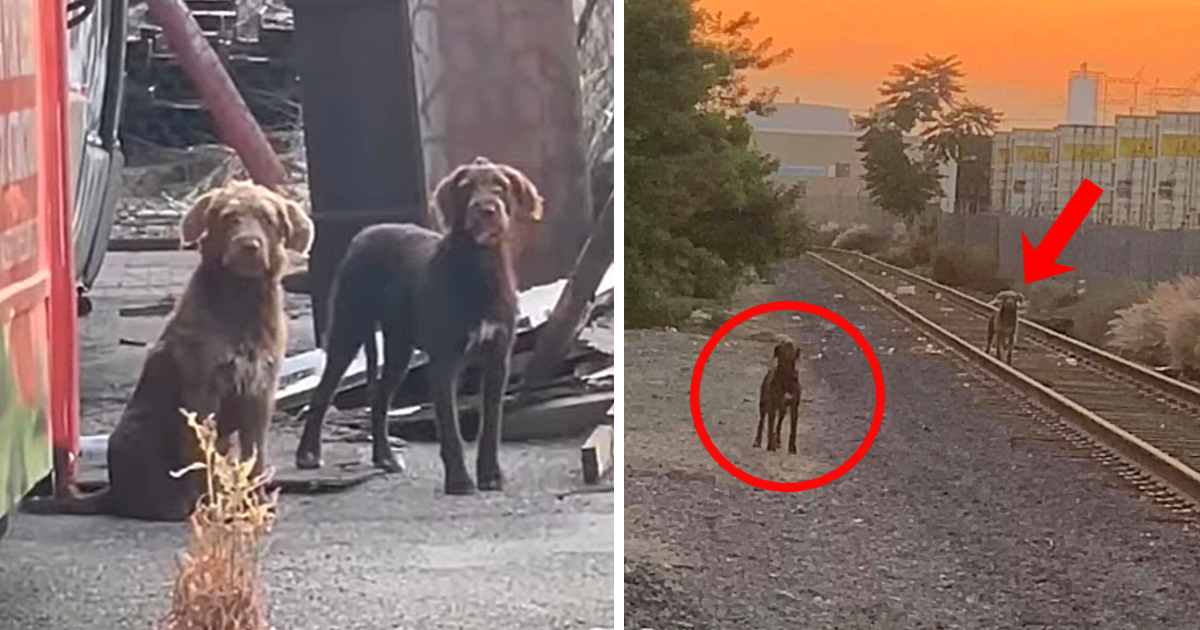 The stories about rescued Animals are usually quite moving, because most of them do not end well, but thankfully, there are some that do, such as the one about these abandoned puppies who refused to leave the place where they were left, because they hoped that their old “family” would come back for them.

This sad but happy story begins when a good Samaritan contacted rescuer Suzette Hall, founder of Logan’s Legacy, and told her that he had seen two dogs thrown from a car near some railroad tracks.

“Unfortunately, it happens all the time,” Suzette told The Dodo. The rescuer would not be surprised until she got close enough to see that the two dogs were mixed poodles (poodles) and that, based on her experience, both dogs had clearly been used to breed by the person who abandoned them on train tracks. 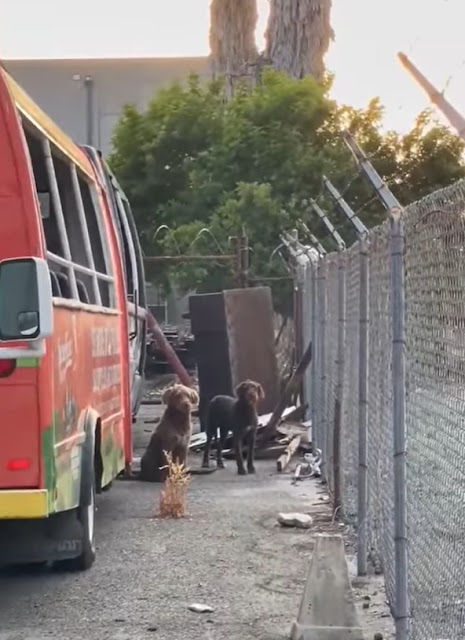 Suzette also realized that the puppies grew up with at least one “human” because they stayed in the same spot for a week. “They just sat there,” said the rescuer. “[Abandoned dogs] always believe that the person who dumped them will return.” “They are extremely loyal,” she added.

The effort to rescue them was quite difficult, in addition to the fact that the industrial area where they were abandoned did not help to get them out of there so easily. “They kept running up and down the train tracks, hiding under the buses,” Suzette explained.

However, the rescuer did not give up, so she and a group of helpers stayed on the spot for hours until they managed to successfully catch the dogs.

Since they had been found together, Suzette assumed that the two dogs, whom she later named Major and Divine , were very close. But as soon as they arrived at the vet, the rescuer and clinic staff realized they weren’t. “They didn’t want to be around each other,” Hall explained. She also stated that some dogs often bond for survival when they are abandoned together, and then they no longer require each other.

“Usually it’s because they’re related,” Suzette clarified. “So they’re like real brothers and sisters,” she added. Divine and Major were adopted into two different families immediately following their full recovery from the vet clinic. Despite the fact that they are in different homes, the new lives of these dogs are not so dissimilar.

For one thing, the two pups each have a doggy brother , and they need to keep their names high. But best of all, and most importantly, they are now thriving with a loving family. “They both got the most incredible houses,” Suzette said.