Home Adoption Stray Dog Arrived At A Clothing Store And Was Adopted By Employees:...
AdoptionHeartwarming Story

Stray Dog Arrived At A Clothing Store And Was Adopted By Employees: “It Has Become Iconic”

The store owners decided to take him to the branch where he is fed and watered on a daily basis and is allowed to sleep in the hallway. 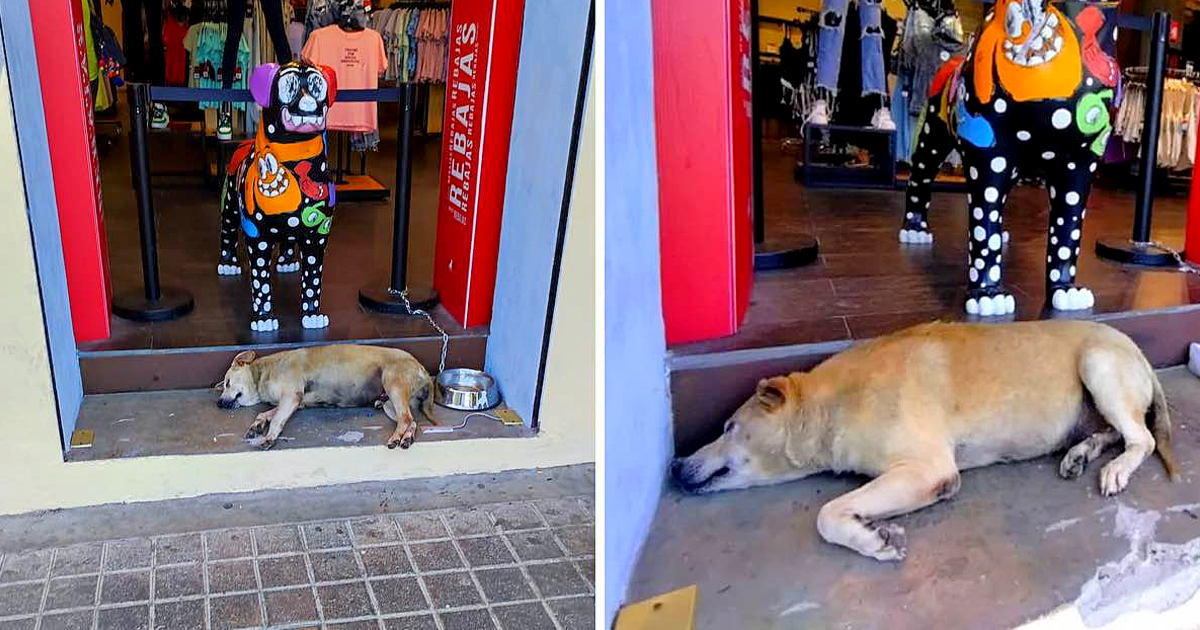 Instead of throwing or mistreating the stray dog, the employees of a store in Tampico’s historic center fell in love with him and named him “El güero.”

There’s no place in the world that doesn’t have stray dogs wandering around, and while they can brighten anyone’s day with their presence, they are a sad reflection of the situation they face every day. A day in the world

They are far from the love of a family who can care for, feed, water, and house them, so they must make do with what they have. This does not, however, imply that no one cares about them, because many people can bond with them and bring about the change they so desperately require. 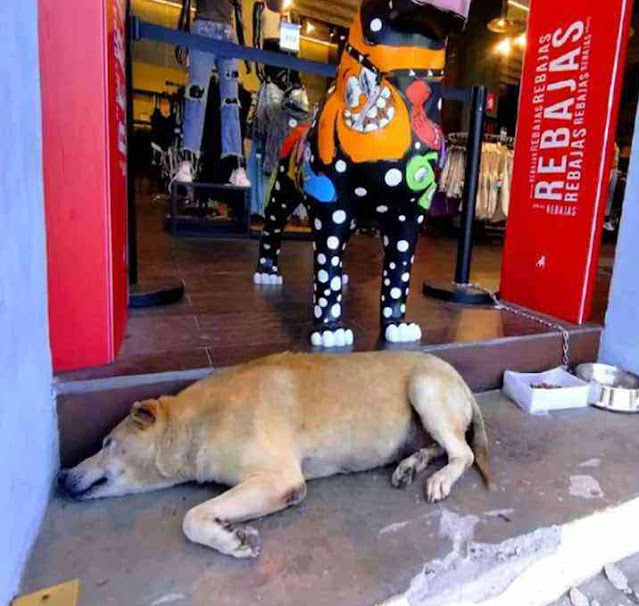 A stray dog wanders into a clothing store and is adopted by the employees.

This was demonstrated in Tampico’s historic center (Mexico), where a homeless dog wandered aimlessly through the streets until he found a safe place and arrived at a clothing store that appeared to be the best place for him.

Instead of evicting and abusing him, the employees took a liking to him and took it upon themselves to provide him with everything he required, including food, water, and protection.

Although they do not know his origins, they decided to adopt him so that he could be housed in the store, taking advantage of the fact that he has a lot of affection. Because of his blond fur, they named him “El güero,” as all pets deserve.

He has since become popular with passers-by, customers and tourists, who see him sleeping at the entrance next to his bowl of water and food. Jonathan DC took the photo to share his story on Facebook.

“The boss resting at the door”, is how Jonathan named the image of “El güero” sleeping. “The branch of ‘Cuidado Con El Perro’ Juárez in the historic center of Tampico, every day the employees give dishes of food and water to this little dog, who already lives in this branch and has become an icon of see him resting outside the entrance,” he wrote in the post.

It’s a gesture he and other animal lovers appreciate, as they think of those who need it most. “How wonderful that there are companies that take animal welfare so seriously,” he wrote on Facebook. “El güero” has already found his favorite place on the world and has a large family.

Share
Facebook
Twitter
Pinterest
WhatsApp
Previous articleDumped In The Bush, Blind And Very Thin Dog Begging In Fear For A Second Chance To Live
Next articleShe Died In Freezing Cold And Starvation, A Mother Dog Sacrifices Her Life To Save Her 7 Pups