This man did a heroic act by defending the helpless puppy, and the best thing about all is that he gave him a second chance. 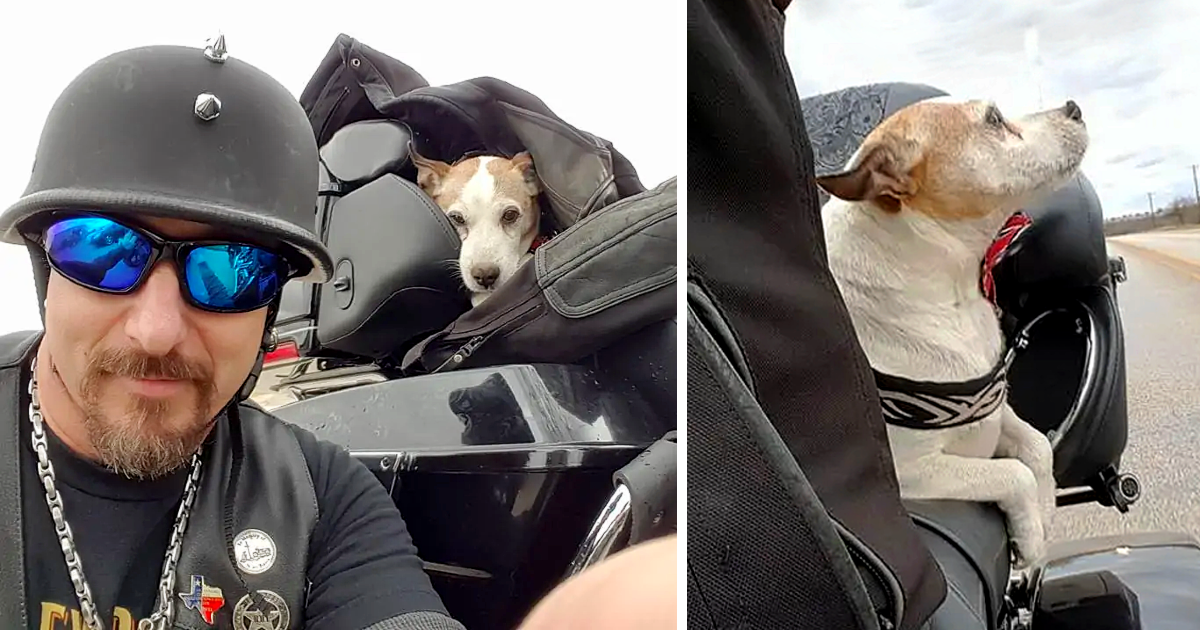 On Valentine’s Day, biker Brandon Turnbow demonstrated his heartfelt love by stopping everything to save a little dog who was being abused.

Turnbow was riding his motorcycle down Highway 171 in Texas, planning to meet up with his dad for a day of riding. 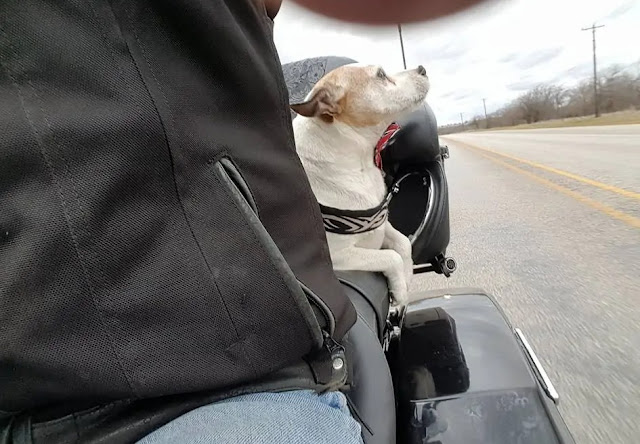 Turnbow was driving down the highway when he noticed a cruel man beating up a small Jack Russell. He was shocked, and he quickly decided to give the guy a piece of his mind. But before he could respond, the man threw the dog to the curb and drove away. 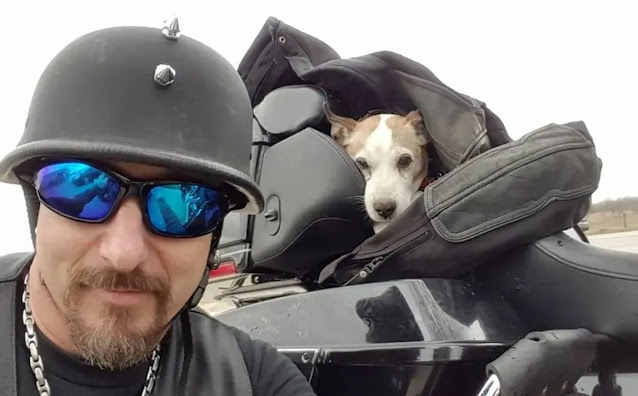 Turnbow knew he couldn’t just leave the little dog alone because he was hurt and scared, so he slowly approached the dog, who was shivering. He was afraid the dog would run into traffic, but he remained motionless.

Turnbow wrote on Facebook, “I take a chance and just fold my body over him to see if he will bite or trust me.” “He then just shook his body into me, so I stood up with him in my arms and sat him on the bike seat.” “Now what?” I wondered. 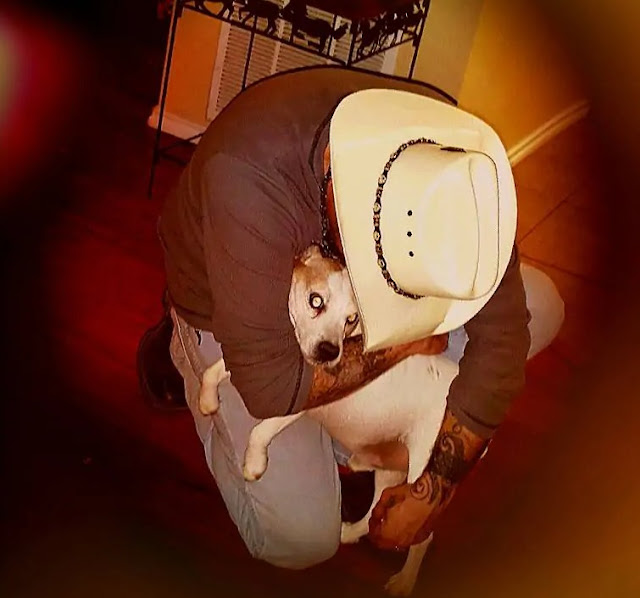 Turnbow knew he needed to move quickly, but he didn’t want to frighten the dog any further. So, before getting back on the road, he turned on the motorcycle to help the pup get used to the vibrations. Turnbow placed the small Jack Russell in his bag once the dog appeared to be at ease.

When he saw the dog’s big eyes looking at him, he immediately fell in love.

“I saw this guy throw the dog into the air curbside and drive away in my rearview mirror.” “I chased him down just to give him the number one sign,” Brandon explained on Facebook. “And I now have a copilot — please welcome Mr. DAVIDSON.” 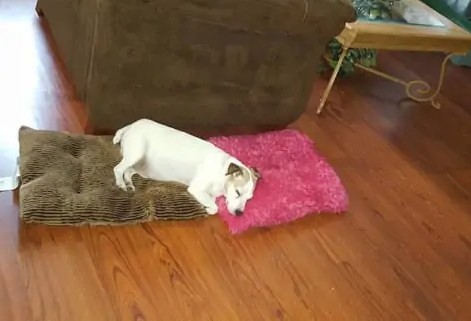 Turnbow named the dog Mr. Davidson after his Harley-Davidson motorcycle, and he took the pup home with him that day. Mr. Davidson, fortunately, enjoyed riding Turnbow’s motorcycle with him! 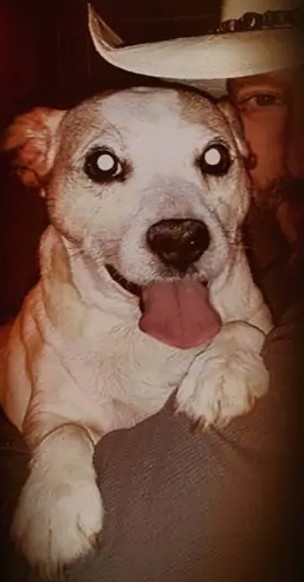 “I try to look back as much as I can to see if the dog was trying to move around or not and surprisingly he actually liked riding…. So we had about 45 miles to ride back to my place, and Mr Davidson was overjoyed! I think he was irritated at times because I was blocking his wind!” 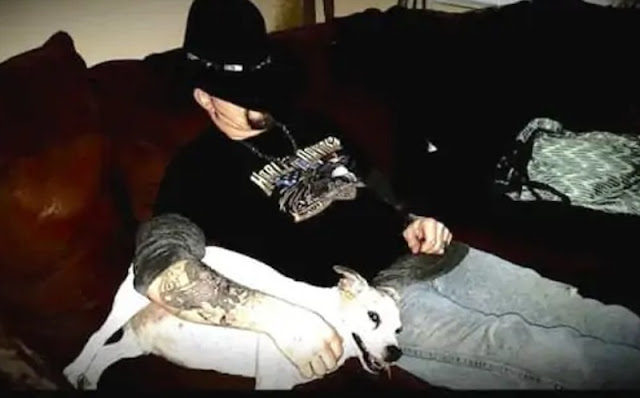 The 10-year-old dog quickly adjusted to his new surroundings and fell in love with his new dad.

Turnbow adored Mr. Davidson in the same way that the dog adored him. He even composed a touching song about the pup.

Two years after being rescued, Mr. Davidson is still as happy as can be with Turnbow.

After a long day of work, the two love sitting by the fire together! 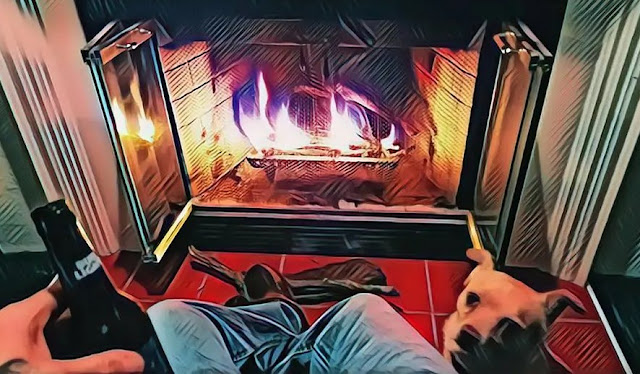 Turnbow was fortunate to be in the right place at the right time, allowing him to save this little dog who had no one else in the world. We’re overjoyed that these two met!

Share
Facebook
Twitter
Pinterest
WhatsApp
Previous articleDying Patient Had No One To Adopt Her Dog, Then Her Nurse Stepped In To Help
Next article150 Healthy, Happy Dogs Found Living With Homeless Family in Arizona Desert