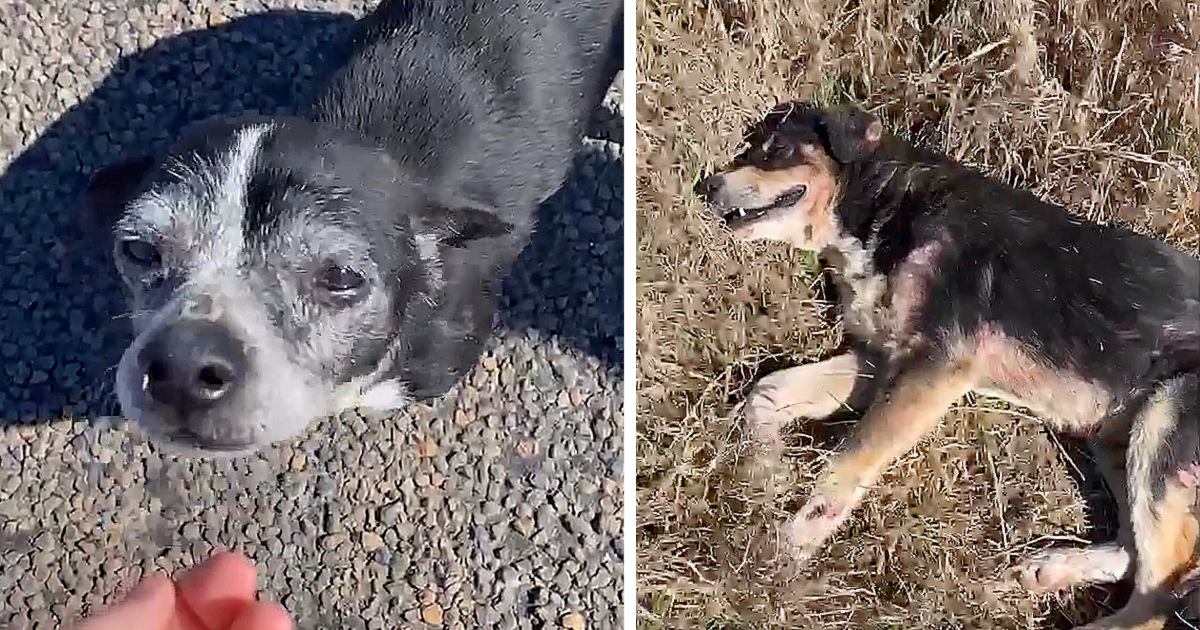 This incredible video shows one dog waiting for help for at least six hours after being hit by a car.

Samantha Zimmer, 36, an accountant from Houston, saw a Facebook plea from a local mail carrier who had spotted the dogs at 11 a.m. but was unable to get them help.

She and her fiancé, George Dix, decided to track down the two friends, Corey and Matthew, by driving around the area described in the Facebook post while keeping an eye out for the helpless dogs.

After driving 50 minutes toward Dayton, they came across Corey lying on the road around 4 p.m. and knew Matthew would be nearby. 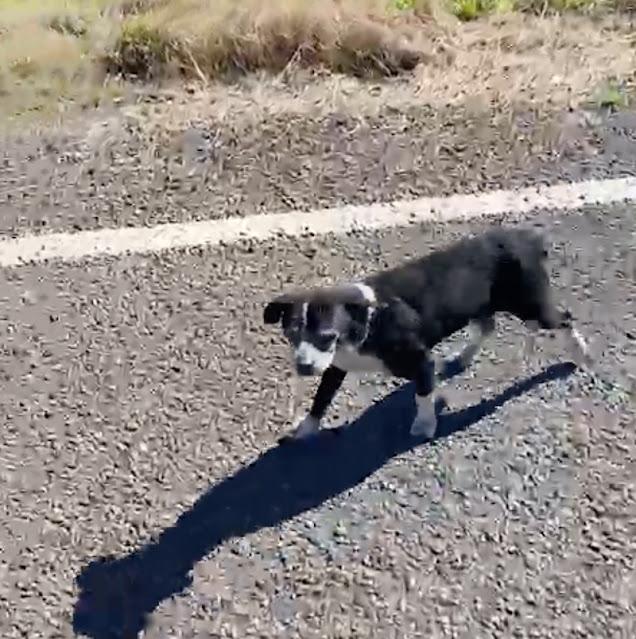 Initially, Corey was wary but was won over by a can of sausages. After he was secured, they went to recover a tail-wagging Matthew from the ditch, which was partially filled with water. As George attempted to lift Matthew, he whimpered. The dog was raw and appeared to have broken bones, but George eventually hoisted him into the back of the car and placed him on some blankets. 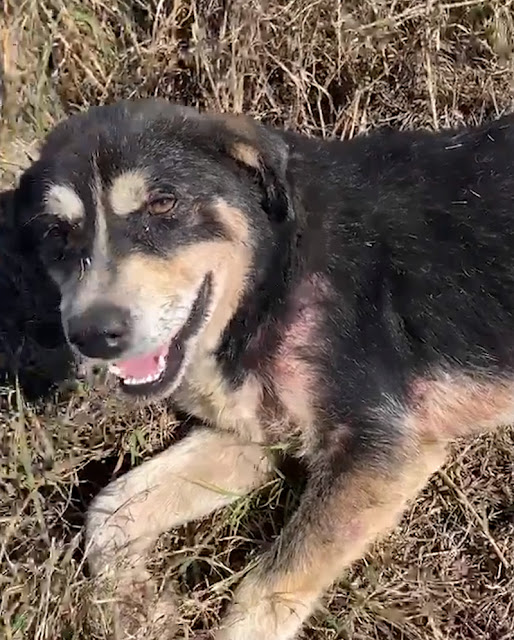 They brought the dogs to Houston to receive medical care: Matthew had a fractured front right leg, a cracked tooth, and road rash, not to mention fleas. On the day Matthew was picked up from the vet, the pals were reunited. They rode happily together while Matthew was taken to his medical foster home. 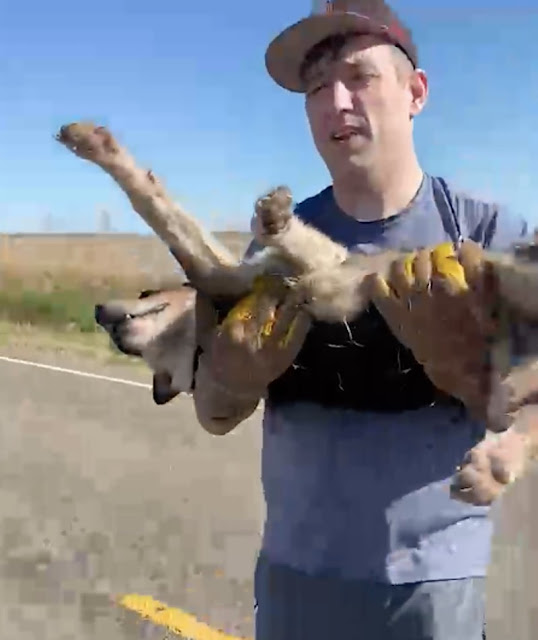 Both dogs are currently being fostered separately by Lola’s Lucky Day, a nonprofit rescue, while they recover and receive medical treatment. They are currently scheduled to be adopted by a Wisconsin resident. 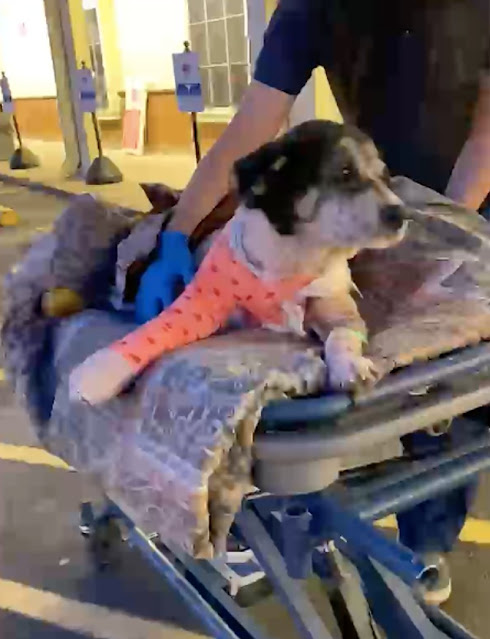 “When we headed out to find these dogs, we knew we might not make it in time,” Samantha said. “We were relieved to see that Corey had remained with Matthew and that, despite his injuries, he was still breathing normally, wagging his tail, and pleased to see us.” 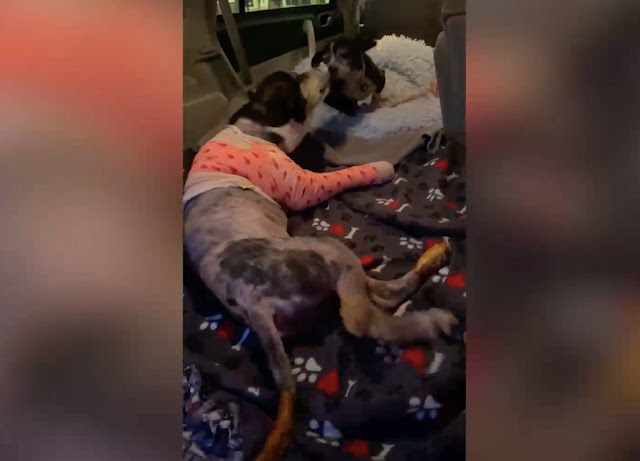 She added, “Matthew yelped in pain but never once tried to bite, that’s how sweet he is. We knew he was a fighter and that we could save him at that point. He had clearly been neglected for a long time before he was hit by a car.” 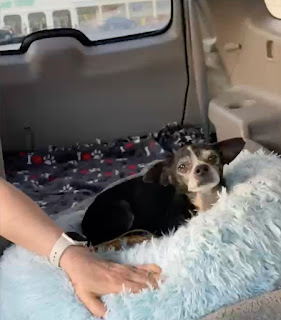 Samantha shares all of her rescue stories online as a fosterer for Lola’s Lucky Day to help raise awareness of the issue of homeless animals in Texas, generate donations for their medical care, and find them adoptive homes. The response to the rescue has been positive, with people from all over wanting to help and donate. Some viewers, however, expressed disappointment that Matthew and Corey were being fostered in different homes.

Samantha emphasized that there are such limited spaces in Houston, and their priority was to place them in the best foster homes based on their medical needs.

“Matthew and Corey are both thriving,” she added. “While they got along great when they were homeless, they are not sad in their foster homes.” With their appetite for joy and life, they have won the hearts of everyone who meets them.”

Share
Facebook
Twitter
Pinterest
WhatsApp
Previous articleAn Adorable German Shepherd Dog Raises Two Lion Cubs After Their New Mother tried to kill them
Next article‘The World’s Saddest Dog’ Loses Her Home Again, And Might Be Put To Sleep If No One Adopts Her Soon