They do so because they understand that getting a puppy is a long-term commitment that will require devotion, patience, and, of course, rearranging their schedule to accommodate the new family member.

Some individuals get carried away by passion and adopt a furry, oblivious to the fact that it is a living being in need of instruction, and devote a significant amount of time to it. They are unaware that everyone has a different temperament and uses energy in different ways. 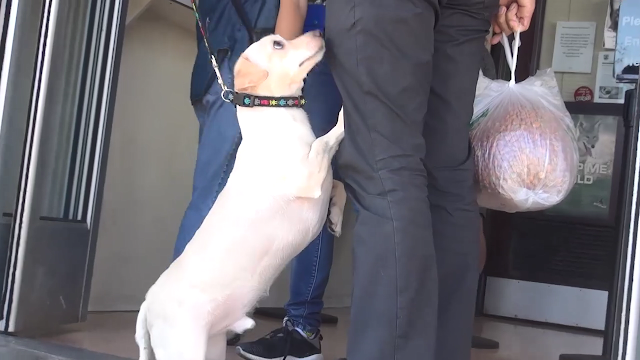 When reality falls short of some new adopters’ expectations, the pups suffer because they are oblivious to why they are abruptly removed from their homes and forced to spend their days in a kennel.

This is what happened to Toto, a dog that made headlines by pleading with his owner not to abandon him. 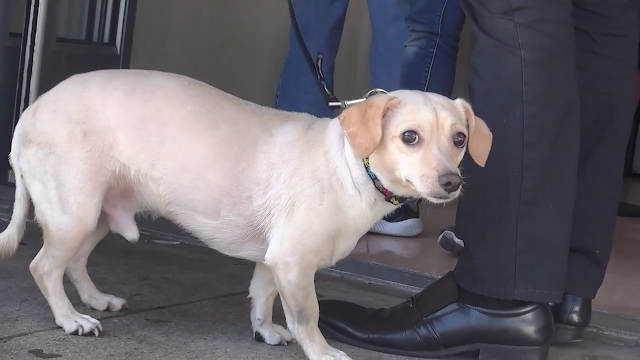 Toto is a three-year-old white dog with a few brown patches on his head. He’s physically fine, or was until his heart was broken by his owner’s abandonment.

The puppy’s demeanor was perplexed and imploring, as if he couldn’t understand why they would abandon him at the shelter when he appeared to be brimming with affection at first glance. 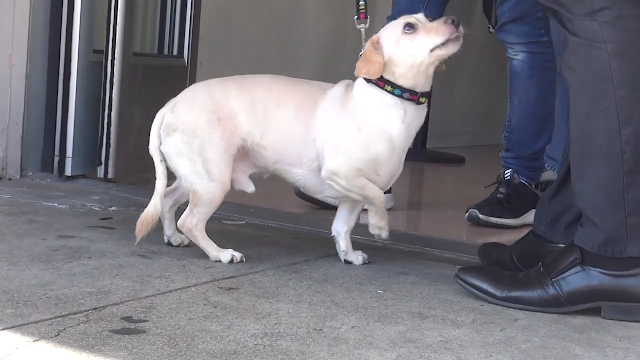 His former owner chose to surrender him to Animal Control in Carso, California, and while no one should abandon a dog, this man’s reasoning is flawed. He explained it by saying that Toto is too loud.

He was holding a bag of dog food when he approached animal control to surrender his pet. Someone recorded the emotional incident; the pups did not speak, but Toto’s message was clear: 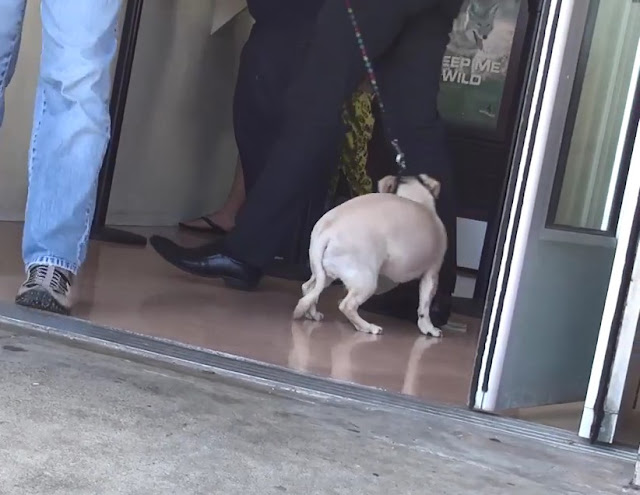 The dog stood on two legs on his owner’s knee, begging for attention with pitiful eyes, but his pleadings were disregarded.

His former owner was dead set on abandoning him at the shelter. When they heard about Toto, they rushed to lend him their full support: Saving Carson Shelter Dog is a group that saves the lives of animals destined for sacrifice, and when they heard about him, they jumped at the chance to lend:

“It was difficult to see Toto because he seemed to understand exactly what was going on; even after the camera was turned off, he continued to try to climb on his father’s knee, imploring him not to go.” 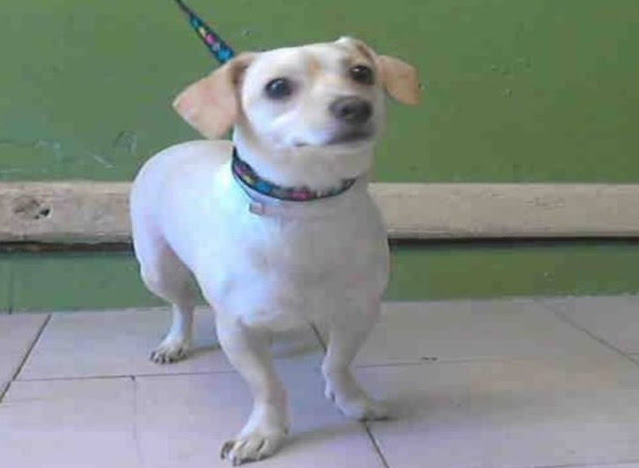 Toto’s tale had such an impact on the shelter workers that they were desperate to find him a new home, this time with someone who would tolerate his barking and endearing style of conquering new surroundings. They announced on social media that the dog was available for adoption and only wanted to be loved.

“My previous family, who had kept me for nearly a year, had to let me go because I was too noisy. They claimed that I spent the majority of my time at home. “I appear to be gentle with small children,” wrote the refugee.

Share
Facebook
Twitter
Pinterest
WhatsApp
Previous articleThe Dog Had A Strange Fear Caused By The Owner And The Painful Truth
Next articlePuppy howled nonstop until someone came to the aid of his trapped friend. She did not separate from him