Rescuers heard about a rail-thin dog wandering the streets. Overwhelmed by strays, the locals face their own difficulties and have continued to walk past the dog rescuers, whom they later dubbed “Peanut.”

She would lie in the middle of the road or sidewalk, too weak to move. It was heartbreaking to witness.

When volunteers first saw Peanut, they were in awe that she was still alive. Every bone in her body was visible. Due to severe mange, her skin was completely furless.

It looked like she hadn’t had a good meal in a very long time yet she held on and fought to live. Her strength was undeniably inspiring.

One woman even put a body bag in her car in case the dog already passed away by the time she got there. But she barely clung to life. 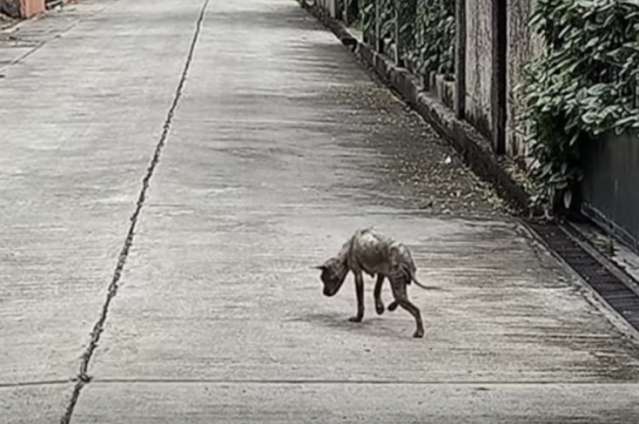 Rescuers carefully picked her up and brought her to the vet clinic, but they knew the truth. Peanut had a very slim chance of surviving.

But as her blood test results came back, her new human friends were elated. Distemper was negative, and everything else was treatable. 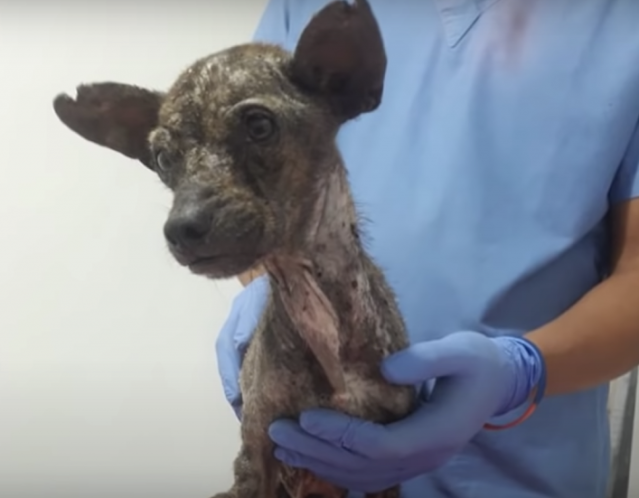 Despite her appearance, Peanut would be okay with the right amount of care. Her immune system was in bad shape, and she couldn’t be around other sick animals.

Mike and Joy, who have fostered other dogs, were contacted by the rescue and came to meet Peanut. She was clearly yearning for love and affection. 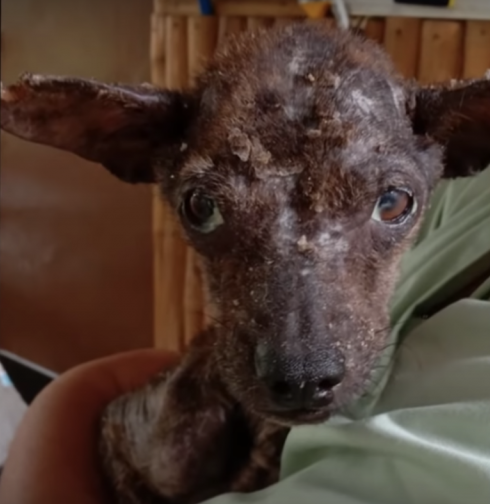 The loving couple brought Peanut home. They were told how to feed her so she would put weight without becoming ill.

Peanut devoured her food. She was starving, but they knew she needed to pace herself. 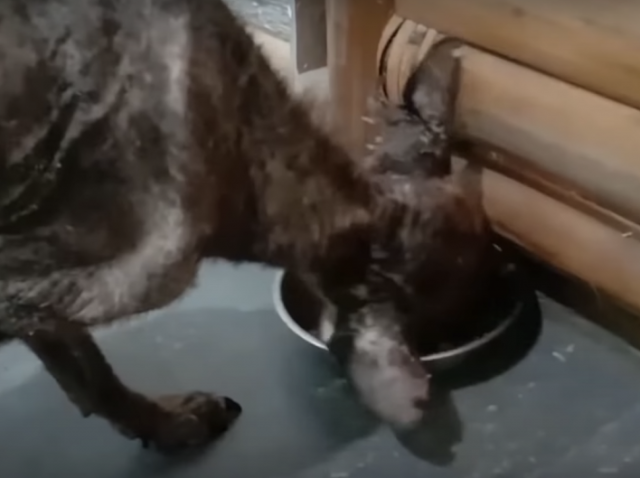 Peanut then meets Mike and Joy’s other dog, with whom she is eager to play. She just needs to gain strength and she’ll be full of puppy energy.

Peanut’s days are meticulously documented by the couple, and she has put a healthy amount of weight in just one week. She’s still skinny, but she looks a lot better!

Even her fur is coming in, in certain spots, from treating her mange with medicated baths. 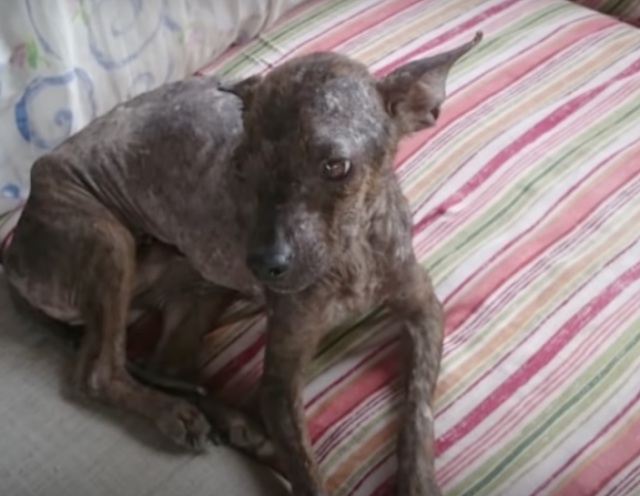 In three weeks, the couple brings Peanut back to the vet for a checkup and the entire staff is all smiles. Her progress is astounding. It’s as if you’re looking at a different dog!

She hasn’t just gained weight, she’s gained confidence. Peanut feels much more secure now that he has a home. She never had reliable meals or people who gave her the time of day.

Now she had both! 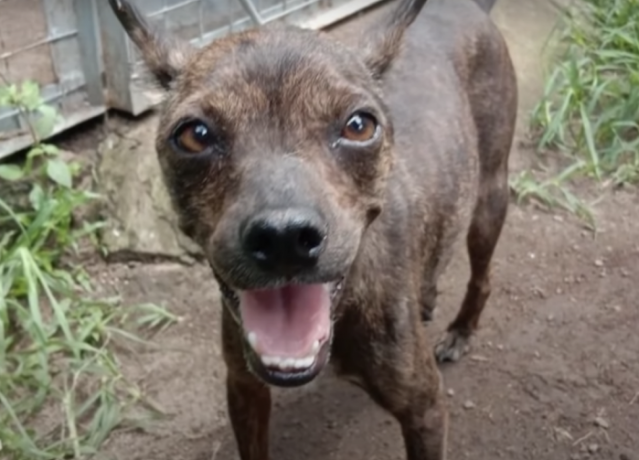 Peanut, like so many other dogs, was desperate for a second chance. Dogs are not meant to live on the streets and survive on their own.

We applaud anyone who steps in to help an animal. Rescue rescuers are the best.

Share
Facebook
Twitter
Pinterest
WhatsApp
Previous articleSenior Dog Spent 7 Years At Shelter, Even Workers Gave Up Hop For Getting Him A Home
Next articleThe Dog Had A Strange Fear Caused By The Owner And The Painful Truth